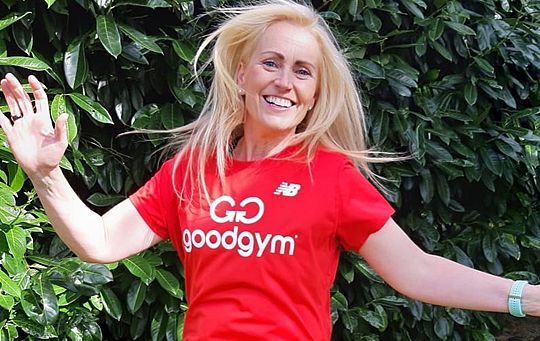 From couch to 5km to GoodGym, Nicola is ready to inspire others with her running journey

Running didn't come naturally to Nicola, who will be the Trainer for GoodGym Crewe, however she hopes her journey into running and better health will inspire others to come and get involved.

When Nicola first started running, 5km seemed like an impossible task, but using the coach to 5km app on her phone gave her the confidence to give it a go. She'd heard lots of people talking about they were loving it and running further than they'd ever run before and not being one to miss out on the hype, she wanted to see if it could really live up to its claims.

If it could work for me, it really would be a miracle! It was a miracle!!

"When I started running, I couldn't get beyond a few yards without being short of breath and having to stop, so running my first 5K and 10K were amazing and incredible achievements for me but the best run of my life had to be my first half marathon."

At the time Nicola was working with others who were all on a mission to lose weight by eating better and exercising so she shared the goal of her first half marathon with them for the extra motivation she needed to get through. " Running a half marathon was massive personal challenge for me, one that I never thought I could ever consider, let alone accomplish. When I crossed the finish line, the feeling was one of complete elation." 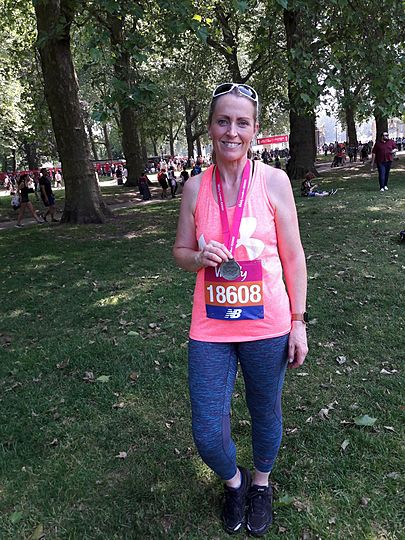 "It rained for the entire 13 miles, my feet were rubbing in my shoes they were so wet, every part of me ached but I couldn't have been on a higher cloud that day. The best part for me though was going back and telling my clients that I'd achieved it. I hope this inspired them and helped them to believe they could achieve their goals too."

Nicola says that shes most known for encouraging and motivating people. She's encouraged lots of friends and clients to take part in parkrun, whether they walk it or run it, and when they do, she's always there cheering them up the hill, giving them a high five as they pass or giving them a big hug at the finish line.

"Talking to people, keeping positive and upbeat and always giving support and encouragement to people is probably what makes me stand out"

Nicola is also a parkrun race director and regular volunteer at Crewe Parkrun, only missing weeks volunteering when she's away or have other commitments. She's also a volunteer run leader at her local running group, volunteer in care homes and actively engages with events going on in her village and local community.

'When running with my running group, even before I was a run leader, I would always make sure that nobody was left behind, often sticking by the person/people at the back and helping to encourage them to the end of the run.' 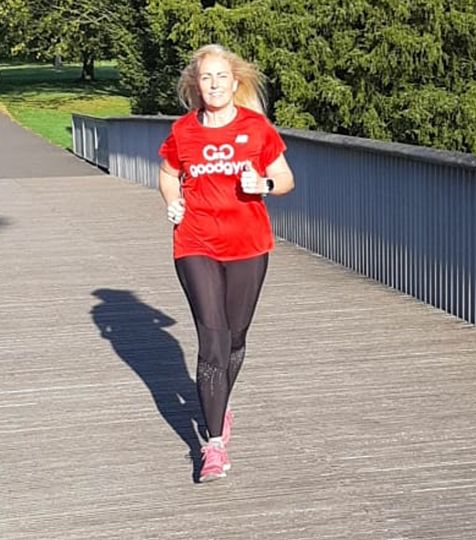 Nicola out running in Crewe

Nicola loves to finding new places to run and is constantly surprised by some of the lovely places that there are to enjoy while she's out running. "I always feel safe when I run in my local area and I love saying hello to people that I pass while I'm out, it really helps me to feel like part of a community and I hope it helps them to feel part of one too."

Nicola encourages her whole family to pursue an active lifestyle and says she always tries to get her children involved too. "Over the past two years, I've learned a great deal about the benefits of exercise on our health, not just physical health but mental wellbeing too. Even though there are times when it's hard to find the oomph to get out of bed at the crack of dawn and go for a run, I know that I will feel the immediate short term benefits at the end of my run as well as improving the long term benefits to my health." 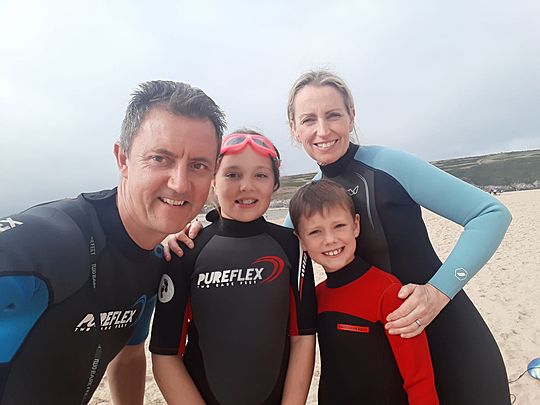 Nicola and her family on an active holiday

"I want to continue to be able to do the things that I love for as long as I can and I know that keeping fit is going to give me the best possible chance of that." Nicola has done a lot of work with older people in residential homes and says it is a daily reminder that we never know what's around the corner.

"I want to play a small part in helping to support people to realise their potential. If I can do it, anyone can! I'm outgoing, fun, enthusiastic, positive and supportive. I want the GoodGym weekly runs to be something people don't want to miss!"

-Get involved in GoodGym Crewe