Matters of the heart

Why GoodGym brings joy to Dominique from the Guinness partnership

How does it feel from the task owners perspective, to have GoodGym visit to help out with a task? Dominique Rains, Independent Living Advisor at the Guinness Trust, writes about what it means to her when runners put their heart into visiting older residents at Guinness Partnership homes.

GoodGym have completed 3 tasks for the two sheltered housing schemes that I manage, all three have been gardening tasks. Each gardening task has created a new area of garden that older resident can then go on and enjoy maintaining themselves.

When I first heard about GoodGym I thought it would be a great way of getting the gardening projects done, never did I imagine the huge social and emotional impact it would have on the residents of both sheltered housing schemes. From the first GoodGym visit, the social impact was obvious. Residents absolutely lit up when 20 plus jovial, smiling and energetic runners and walkers turned up at the scheme. Our schemes have a lovely atmosphere, they really do. They are a lovely place where people are happy and content, but we don't have copious amounts of lively energy, bubbly chatter and, as many residents say, young people to talk to and laugh with. 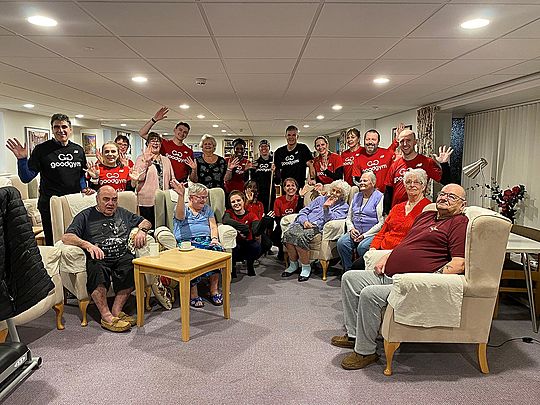 As soon as the sea of red shirted volunteers arrived for the first task, the faces of resident lit up and the room came alive with energy. We all trooped outside and the GoodGym volunteers began their gardening task. The residents watched, and some gave orders, but the thing that really struck me was how each and every runner took time to strike up a conversation with each resident and then found common ground and something to discuss. The GoodGym volunteers may have been there to complete a gardening task but it quickly became apparent the social impact was maybe more important to everyone.

As soon as the sea of red shirted volunteers arrived for the first task, the faces of resident lit up and the room came alive with energy.

GoodGym volunteers are a diverse group, they come from far and wide, all different age groups and all with different backgrounds. I recall one who came from London and he struck up a lively conversation with a resident Londoner, so much so, after the task was complete they carried on chatting for some time, reminiscing, that much needed activity to bring back all of those happy memories. 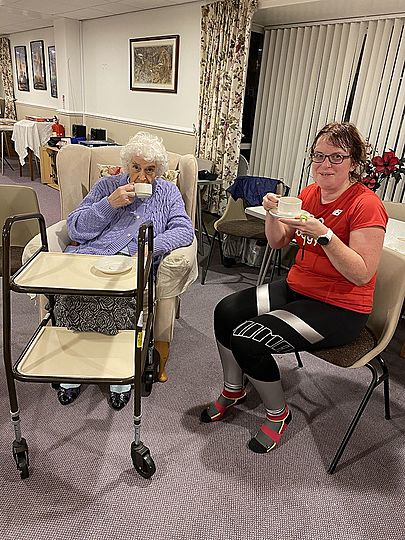 After the first GoodGym task, the residents talked of them fondly for a very long time, when the volunteers came back for a second visit, the residents were again delighted to see them all and again, the social impact was tremendous. On their third visit to us, one resident was brought to tears by the emotional impact they had. The resident had never joined any activity at the scheme due to severe anxiety, but when they heard the lively chatter and saw all the friendly faces, they felt they wanted to come and join in. When the volunteers left, the resident was overcome with emotion, she had never thought she could join any activity but they had been drawn out to this one by such a lovely group of people. I don't think at the time the volunteers realised the amazing achievement for the resident, or they had brought them out of social isolation, just with the friendly, caring and lively personalities. 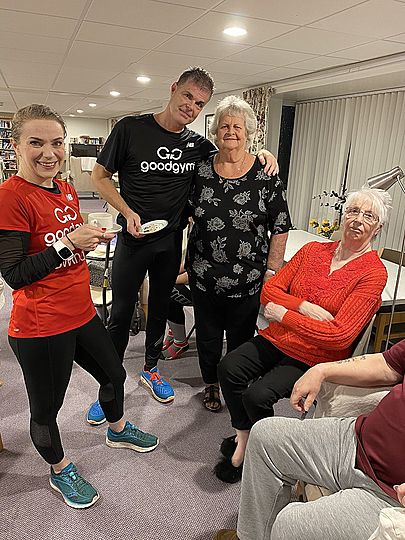 At both schemes now, residents often ask when GoodGym will be returning. They are keen to welcome them back, a small part of that is to get task completed, but the main reason is the social side of their visit and the lovely, happy energy they bring with them. No to mention the cake that seems to follow GoodGym on a fairly regular basis! Residents cannot speak highly enough of Swindon GoodGym, I only hope the amazing GoodGym volunteers know what an incredible impact they have on people.