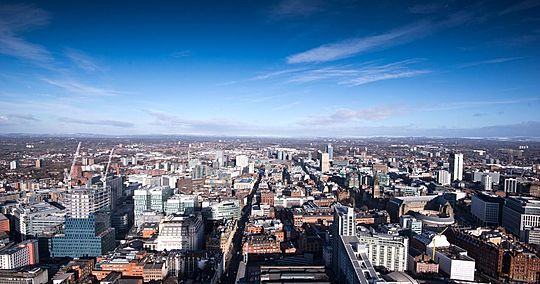 One runner experience at the Manchester Marathon

This month we are asking runners to tell us their stories on how they are going further. This month, Jonny Knight ran the Manchester marathon with GoodGym. Here Jonny tells us how it went on the day

“I got home from Wembley Stadium at midnight last night and I haven’t even gone out for one run” - a man said to me on the tram heading to Trafford Bar as he took some cold and flu tablets. I did that laugh you do when you judge what someone says mainly because it made my 268.48 miles in training seem redundant.

I headed to the D gate having pledged a time of 3 hours 45 minutes in my Cancer Research UK charity application. Bang! Purple smoke filled the air and we were off, the 3 hours 30 minute pacer flag was beside me but I was feeling strong so I pushed forward to achieve my goal. I met a tall man called Jonny Phair who I followed right up until the point we overtook the 3 hour 29 minute pacer flag from the runners in the C Gate. He was looking strong, it was not his first marathon, but despite his nonchalant attitude I could tell he had a plan. 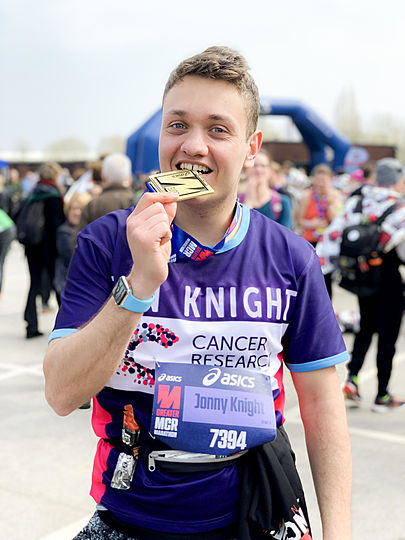 I saw GoodGym legends Alex and Steve Murtough, regulars at GoodGym Greenwich. We spurred each other on with encouragement and cheers. Both are running three marathons this month for Barts Charity.

I ran a strong 30km, 2 hours 23 minutes 47 seconds then I began calculating how long it would take me to finish. I worked out I could be home in time for Songs Of Praise. But then I look at my watch and realise I am slowing down and no longer running at my target race pace.

I began to panic. 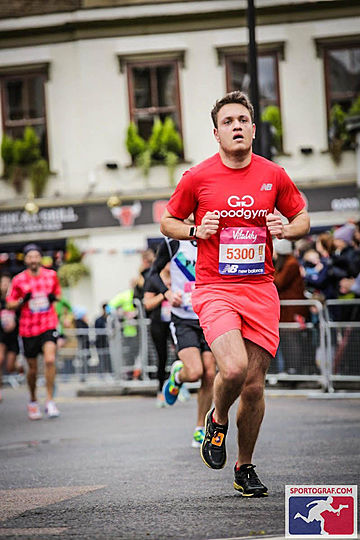 I tried to push myself forward, mentally I knew how much finishing meant to me but my legs were hurting and they began to cramp up causing a lot of pain. I stopped at one point screaming with cramp in my calf, a stranger 100m away screamed “massage it!” I did and this enabled me to continue hobbling along.

The final 10km was a pic-n-mix of walking and running. The hardest thing was seeing the backsides of the 3:29 pacer, followed by the 3:30 and then the 3:45 from the D wave. I was in pain and gutted by this point and I kept thinking to myself that I should have just stuck with the pacer, but it was too little too late. My Apple Watch had ran out of battery so I was completely in the dark. It was me, jelly babies and water until the end.

It was me, jelly babies and water until the end.

I finished the marathon in 3 hours 51 minutes and 18 seconds. I have never been so on the fence about a race result, and I knew I would have to catch up on Songs of Praise at a later date. I entered the marathon for the challenge and a challenge is what I got. It did not go my way but I tried my best and worked hard until the end.

I entered the marathon for the challenge and a challenge is what I got.

It has made me realise I am still on a journey, and that makes me similar to everyone that ran on the 7th, even the man I spoke to on the tram enrolee to the race. We all have our own ambitions which cause us to change and adapt sometimes putting pressure on ourselves, but we must appreciate what we do achieve when we achieve it, and this time last year I had never even ran a half marathon.

This time last year I had never even ran a half marathon.