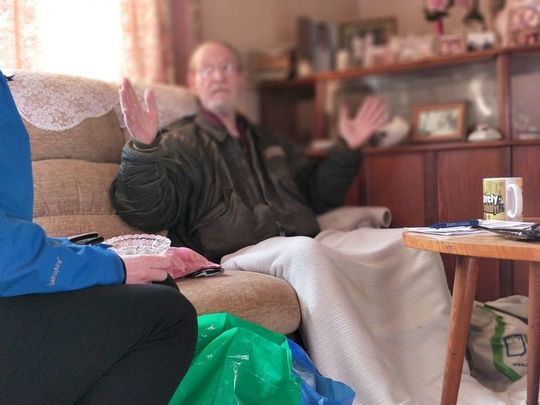 Terry got some help with his garden 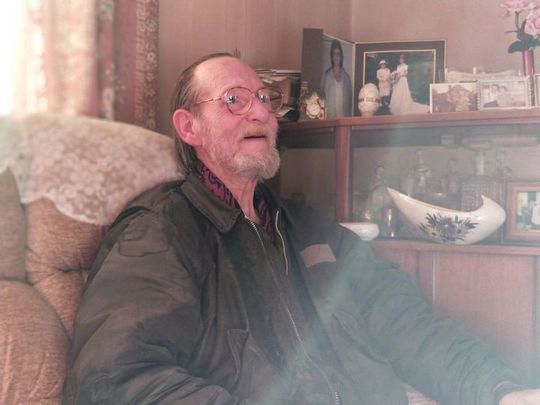 The BBC got in touch saying they wanted to do a piece about the importance of contact between generations. They spent today filming a coach run and a mission. The mission was to help Terry with his garden. Terry was referred by Dave Tull at Poplar Harca - with whom we've done over 20 missions in Tower Hamlets. He has a medical condition affecting his legs which means he can no longer get out into the garden. He used to play an active role in his community, helping people out of drug and alcohol addiction, and now he can't.

One of the questions Terry was asked by the journalist was why it was import to have contact with a younger generation, his one word answer was "hope".

Terry also spoke eloquently about connection, and connection being one of the only things worth living for, he described it as a lifeline. 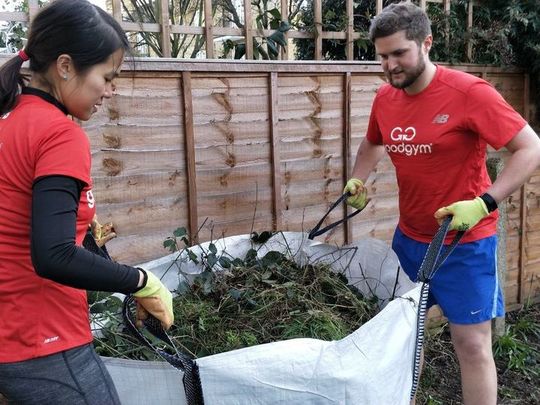 The interaction with GoodGym runners Sascha and Ernesto was brief and postive. They went out into his garden to cut the grass back and get rid of the brambles. The relationships that are established between the generations and between people from different backgrounds are much deeper.

The BBC piece will go out in April.

-Poplar Harca are a housing association based in Tower Hamlets with whom we partner.
-To find out more about GoodGym missions click here.
-To read more stories of GoodGym missions to to our reports page.
-To make a donation to GoodGym visit our charity page.