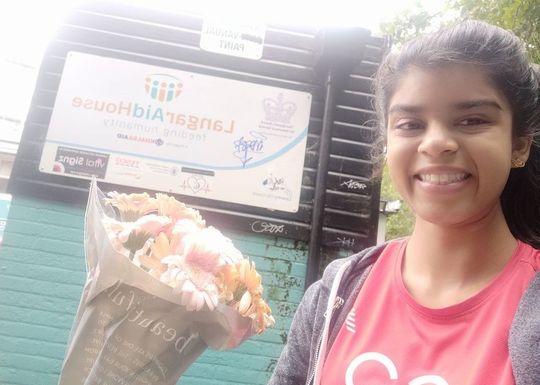 With 58 GoodGym areas across the UK, you can join a session that suits you

Originally from Coventry, Meera, 27, moved up to Manchester last year for work.

“I used to do Coventry sessions on Tuesdays and in Solihull on a Wednesday or Warwick and Leamington Spa depending when they were on” she explains.

She first joined GoodGym Stockport after a friend suggested it to her. She then moved to GoodGym in her home city of Coventry when that started up.

“I have visited other GoodGym areas, as I travel a lot for my work” she adds.

Before the first lockdown, her work took her to Manchester and she has joined GoodGym Trafford.

She explains: “What I love about GoodGym is how welcoming it is.”

“I can go to any session across the UK. It’s not fixed to one city or region so I can try different ones depending on where I’m based, I hear different accents and I have friends across them all. I’ve met so many people.”

“Usually there is an available space, and I’m on Whatsapp chats for last minute spots to join and I just go along.”

Her GoodGym highlights include helping at the Covid vaccination clinics.

“It has been really good” she says. “It has been different from my usual type of tasks and I have been able to meet the general public and see the difference it is making.”

Always looking for new things to do, Meera says GoodGym has helped keep her busy.

“GoodGym gets me out the house, wherever I am based, and it helped me during the first lockdown when I would otherwise have felt bored at home.”

Find a GoodGym session near you, here