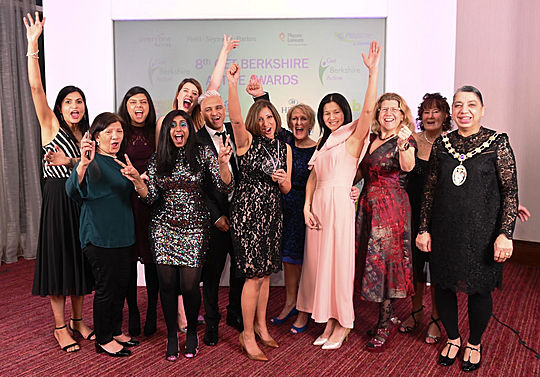 GoodGym Slough at the Get Berkshire Active Award

The team at Slough win the Physical Activity for Health Award

On Friday 28th February the team at GoodGym Slough attended the 8th annual Get Berkshire Active Awards where they received the prestigious Physical Activity for Health Award.

The Get Berkshire Active Awards celebrate sport and physical activity achievements in Berkshire over the last year. The awards go not only to people who have excelled in sporting achievement over the previous year, but more importantly to people who have made sport possible for others. This could include coaches, volunteers, employers, teachers/schools or any other organisation that makes sport and physical activity accessible and enjoyable. 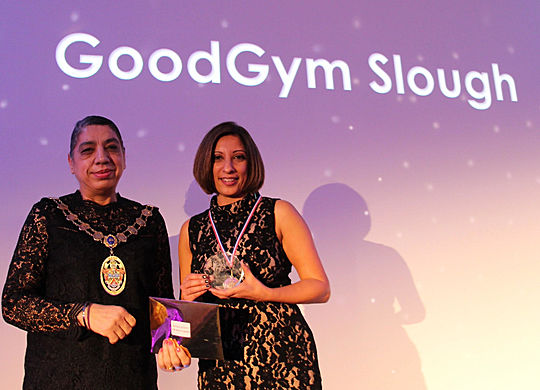 Goodgym Slough were nominated for an award in the Physical Activity for Health Award alongside two other groups from Slough; Cippenham Community fitness and Slough/FA Mars Football for Asylum Seekers and Refugees.

Since GoodGym Slough began in 2018, 836 good deeds have been carried out by 109 participants aged 18-85 from all backgrounds. These have supported 20 groups and 10 socially isolated older people. Over 6,000km were covered on runs or walks and over 3,000 hours were spent on community tasks such as gardening, litter picking, leaflet dropping, and painting. 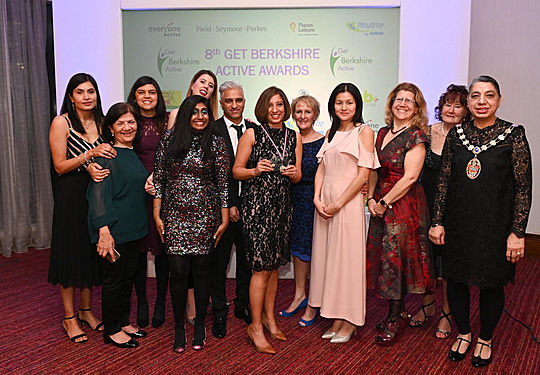 On Friday, the team attended the awards ceremony at The Hilton in Reading alongside Slough's partners at Slough Borough Council where they were elated to be announced as winners in their award category.

Manjit Birk, GoodGym Slough trainer said: ‘We are so pleased to get this recognition for all the hard work we do in Slough and to give Goodgym more coverage in the Berkshire area. The awards night was fully enjoyed by the team and we are still on cloud nine‘

Cllr Debs Edwards, the Mayor of Reading said: "I was delighted to be part of the event and meet the Award' winners. Their achievements are inspirational."