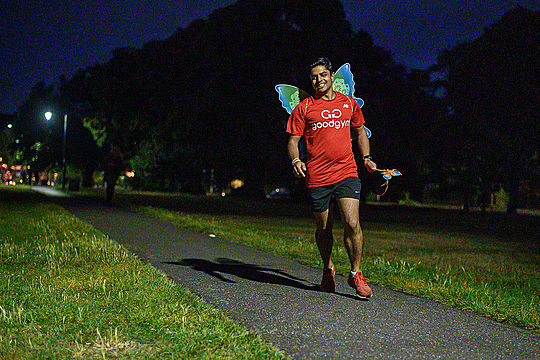 Dharmesh's reasons for getting active in January

In early 2020 GoodGym is teaming with RED January to do as much good as possible throughout January. Dharmesh Tailor from GoodGym Redbridge writes about his plans for the month and why he's excited to be part of RED January in 2020.

I first got involved in GoodGym in September 2018 when I was looking for volunteering-type opportunities; I stumbled upon GoodGym after an online search. It was during a time in my life when I was not in the best headspace. Work and personal relationships had left me feeling that I needed some positive change in my life. I couldn’t wait and expect change to happen, and so thought 'Why don’t I try to contribute? Instead of mooching, I’ll do something that helps other people and that will make me feel good too'. Read more here

In 2019, I was involved in Goodgym's own January Challenge; I aimed to get the most deeds and run the most kilometres in my area. In setting myself a goal, I was able explore many new areas and get lots of training for my upcoming half marathon. I heard about RED January when talking with other GoodGymmers that had completed the 2019 challenge and it sounded like a great idea to be involved with for 2020. 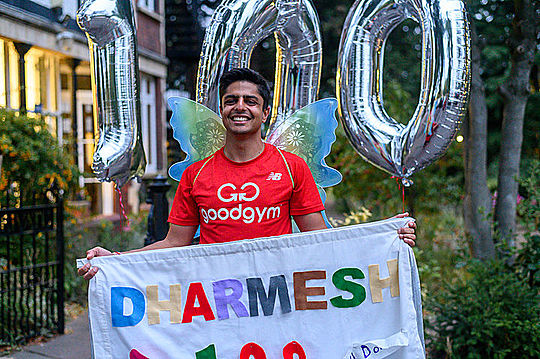 As all motivation should be, it comes from within - but GoodGym definitely helps! Being an accessible and flexible way of being active, it fit my lifestyle. When I want to be more active and do more good, I could attend more group runs, or run to more missions.

Motivation also came in the form of being part of a group doing something together. Entering races helped to keep me focussed and set a goal to work towards (and of course, keep me active). I had a great support network within GoodGym. Thanks to Laura's encouragement, I entered my first race of 2019, the Vitality Big Half in London where I was part a larger group of GoodGymmers. Since then I have entered many other races including Sofia Half Marathon (thanks to Paul) and even my first Cross Country race with GoodGym Race Team (thanks to Axel and Tracey).

Being active has a great positive impact on my wellbeing (discussed in Abi's story here). Once being active is part of your routine, it becomes something to look forward to. I hope to complete my first marathon in Edinburgh next year, and what better way to kick start my training than be involved in RED January!

I've been very lucky to have had such great experiences while volunteering with GoodGym. Here are a few of my notable Good Deeds:

Get involved:
- Get involved with one of our group runs
- Sign up to Red January - Find out about GoodGym in your area