In time for Mental Health Awareness week on the 13-19 May, this months theme at GoodGym is mental health. Here Angela Chick, a runner at GoodGym Portsmouth and illustrator by trade talks about how her experience with the GoodGym community has affected her mental health.

In May 2019 I’m celebrating the one year birthday of GoodGym Portsmouth - and what a year it’s been. It’s been one of my happiest, most fulfilling years of my adult life. I still remember how anxious I felt turning up to my first GoodGym run.

I’ve had issues with anxiety for as long as I can remember, in my early teens I had my first panic attack and I can remember it very clearly. I was convinced I was dying. After it happened a few more times I finally saw the doctor about it, but not until I’d suffered in silence for a few years. I was diagnosed with depression and severe anxiety disorder. Great. 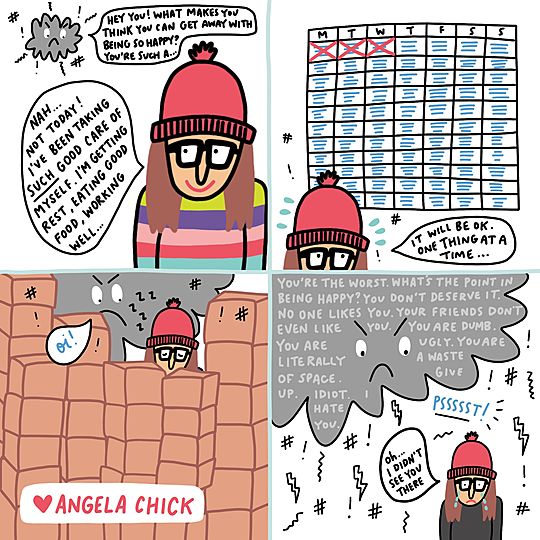 Throughout my twenties I had my ups and downs, but in general was always able to push the dark clouds away. I knew I didn’t feel quite right, but I was working on overtime (with a lot of late nights and bad decisions) to keep my mind off how I was really feeling.

It’s been one of my happiest, most fulfilling years of my adult life. I still remember how anxious I felt turning up to my first GoodGym run

Fast forward to the winter after I turned 30 and it all came crashing down. I had been working too hard for a very long time and not taking care of myself, figuring I’d throw myself into my work and away from my friends to distract myself. I was barely sleeping. I was drinking too much. I was isolating myself. All while trying to figure out what the point was. I felt myself shrinking into the background. It wasn’t until a walk with some friends one day that I was picked up and a few simple words made a big difference, “I’m glad you’re here”. It was like someone had switched on a light and the bullies in my brain that were telling me all sorts of horrible things had just a little bit of their power taken away. 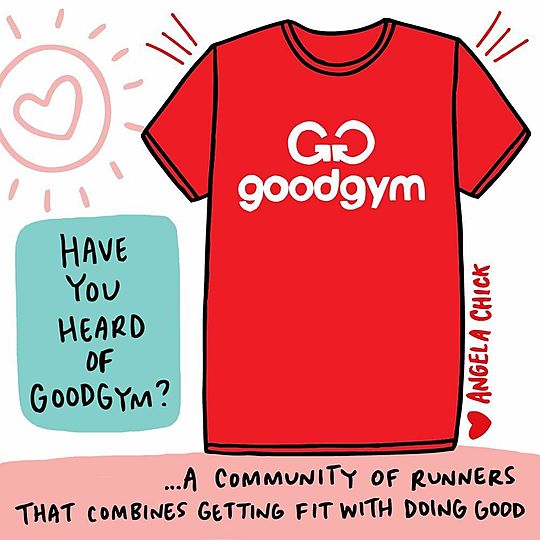 It was like someone had switched on a light and the bullies in my brain that were telling me all sorts of horrible things had just a little bit of their power taken away.

I made a decision then and there: I wasn’t just going to keep surviving and pulling myself through, I was going to do whatever I could to make sure I was really living. Afterall, it wasn’t more than a month before this I had considered taking away that option for myself. I wanted to stop feeling uncomfortable in my own skin. I wanted to shut up the bullies in my brain. I wanted to feel like me again, the me before someone turned the lights off.

I started going to my local gym with the main intention to “get stronger”. Both mentally and physically. I started lifting weights and then I discovered running. It’s not like this was the first time I’d ever been running, but it was the first time I had been running and then wanted to do it again. Shortly after, on a visit to see a friend in Bristol I saw some red GoodGym t-shirts run by. “GoodGym? That sounds GREAT!” I thought. They all looked happy, chatting away and laughing. I got onto the internet to have a look to learn more about GoodGym. A group of runners that run together and volunteer? Amazing. I thought that would be the perfect place to meet some nice, like minded people. I was gutted when I found there wasn’t yet one in Portsmouth, but it was on its way so I signed up to be notified when it started. Soon enough I had the notification that GoodGym was coming to Portsmouth! 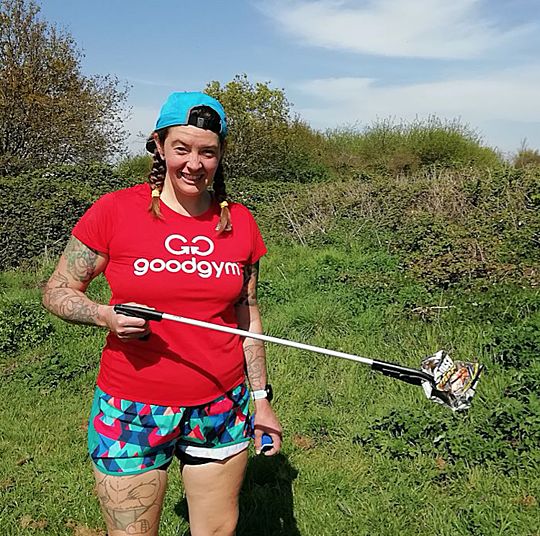 I can remember how I felt that first evening. I was so nervous. What if I couldn’t keep up? What if I was too shy to talk to anyone? What if no one liked me? Well, I couldn’t have been further from the truth. I turned up to a room of smiling faces. Everyone was so kind and so welcoming, and we were all in the same boat - we just wanted to run and help our community. It only took a few short minutes for my nerves to dissipate and I immediately knew I’d made the right decision by not letting my anxiety talk me out of it this time. When I left the group that evening, I felt full up, I felt bigger and brighter. That lovely kind of fullness you get from spending an evening with good people, laughing, and doing good for someone else. That shrinking feeling was a thing of the past. I decided I would join in with whatever I could, whenever I could. GoodGym was so much more than just a group of runners doing good in their community.

Everyone was so kind and so welcoming, and we were all in the same boat 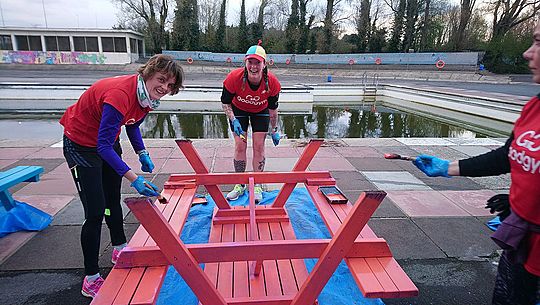 I am self employed and work from home all day. It can be pretty lonely sometimes. Knowing that each week I have an evening with my GoodGym group makes me look forward to my Wednesday evenings. GoodGym has quickly become a highlight of my week. They’re not just a group of runners I see each week, they’re a group of friends I look forward to seeing every week. For someone like me, who turned up so full of nerves and social anxiety, the simple fact that we were able to chat as you were doing a task, or running while chatting took a lot of the pressure off.

In the last year I’ve helped my local GoodGym with community missions, one off missions and group runs, not to mention the Parkruns and socials. We’ve enjoyed so many laughs, chats, cake, curries and countless cups of tea together. I’ve earned my 50 good deeds t-shirt and can’t wait to earn my wings at 100. I’m so proud to be a GoodGym runner, and I’m proud to call the GoodGymmers my friends. I’ve even just been on a running holiday with some of my GoodGym friends (it was BRILLIANT!) Being a part of GoodGym has helped me gain so much confidence in both myself and my running. I feel like I’m a part of something really good, all while getting fit and helping my community. Thanks GoodGym x