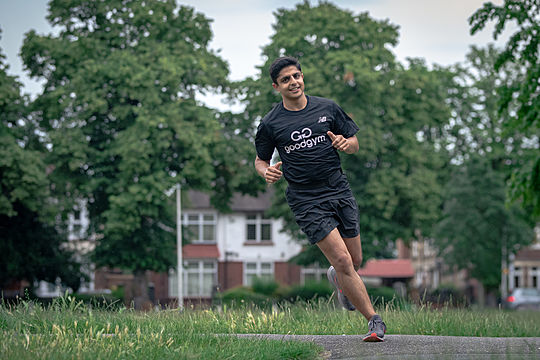 “I find myself visiting new areas and helping in communities that I would never have done without GoodGym.”

GoodGym group sessions put you in new situations and environments every week. Dharmesh Tailor from GoodGym Redbridge writes about how he started exploring the city on his runs.

I was looking for volunteering-type opportunities and stumbled upon GoodGym through a Google search. This was during a time in my life when I was not in the best of places. Work and, in particular, personal relationships had left me feeling that I needed some positive change in my life. I couldn’t wait and expect change to happen, and so thought “Why don’t I try to contribute? Instead of mooching, I’ll do something that helps other people and that will make me feel good too”.

I didn’t know what it was all about until I turned up to my first group run, and I’m very grateful I did.

My first group run task was some gardening for a community allotment. The run itself wasn’t a big distance and it felt good to be outside instead of cooped up indoors. I was being selfless and productive, which felt like a far better use of my time. It was a good way to get myself out there and lift my spirits while meeting new people. 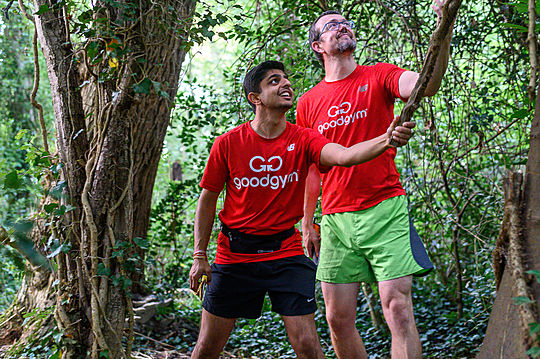 On another task, I visited patients on the dementia ward at the Royal London Hospital. I was definitely out of my comfort zone, but thought that it was great to have this opportunity. It wasn’t the easiest task but it felt very humbling. I understood that there are others that are in far worse situations and I felt lucky I was able to help as best I could. GoodGym is very focused on how you can help others rather than focussing on just yourself.

I particularly enjoyed a community mission for the blind charity Metro Blind Sport at Mile End Stadium during which I learned what it was like to be a guide for a visually impaired athlete. It was quite challenging, but really rewarding. It was a bit different from the regular gardening tasks, and has given me a completely new skillset. 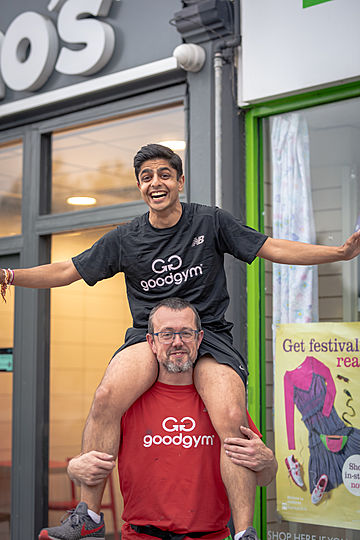 Although some tasks are quite simple, they are very enjoyable and give me a chance to meet and engage with local people and charities. It’s fun to be collectively achieving something for the common good in different areas. I find myself visiting new areas and helping in communities that I would never have done without GoodGym. Even though I worked near the Redbridge group run start location, I hardly knew the area before joining GoodGym.

Along with exploring new areas and learning lots, I’ve met so many wonderful people. They have a plethora of reasons for getting involved and it’s great to hear their stories. It’s inspiring to know people have lived sometimes quite tough lives but still commit themselves in different ways. I have made friends with people from all walks of life; different races, religions, and professions ranging from scientists and doctors to artists and DJs!) 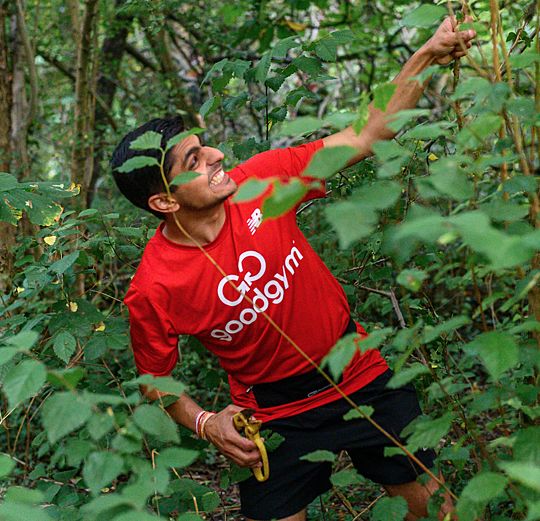 The GoodGym trainers make the entire experience very inclusive – they are very friendly and make running and fitness very accessible. It’s important that nobody gets left behind and, as it’s for all abilities, people are very accepting of each other’s goals. I have been inspired to run further and more frequently than ever before under my trainer’s guidance. I have even travelled abroad to participate in races thanks to GoodGym trainers and enjoyed every minute of it.

So this Monday I will be doing another good deed with GoodGym, which means getting out there, doing some exercise, meeting new people and doing something good for the community. How about you?