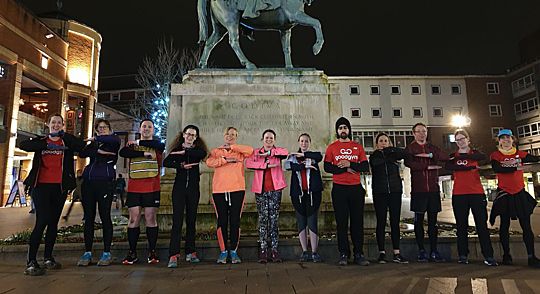 A safe and happy place

For Debora in Coventry, joining GoodGym meant recovery, new friends, and a new lease of life. In recognition of International Woman’s Day and celebrating the women of GoodGym and their amazing achievements, Debora writes about what her GoodGym experience means to her.

The arrival of GoodGym into my life was incredibly well-timed, and has been a big part of my recovery journey. Having been diagnosed with an eating disorder after having my youngest child, I had just been discharged from mental health services after a year of intense (outpatient) treatment, and was faced with continuing my recovery without the close support of the service. I had been advised to avoid exercising on my own because the tendency was still there to focus heavily on burning calories, rather than leisure and enjoyment. So, I was on the lookout for some regular group exercise when I saw an advert for GoodGym and details of a Coventry launch date. I was intrigued to say the least, imagining red-faced sweaty people arriving at an older person’s house to help them out! But I was excited by the prospect of being able to combine my love of community volunteering with running. 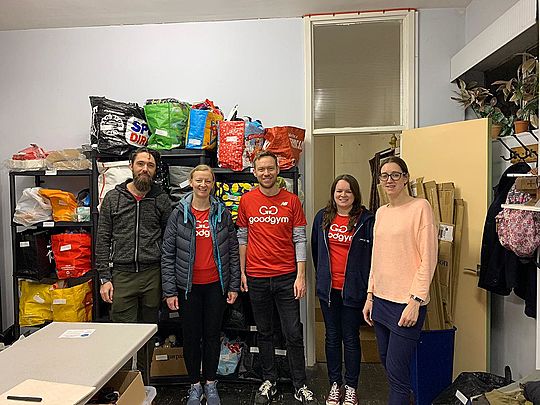 It was nerve racking attending the first run. I had been so keen to sign up and order my t-shirt that it had arrived before everyone else’s, so people assumed I was already a member and kept asking me questions! The task was just a short run, but we were a big group and the difference we made to that first organisation in such a short time was truly amazing. It was like flash-mob volunteering, and it felt great to be a part of it. People were friendly and I had some great conversations even on that first run, and I knew I would be going back.

GoodGym soon became my safe and happy place each week, and I was motivated to stay well and keep up with my meal plan, because I knew I’d be too tired to run unless I did. Work colleagues would see me in my red t-shirt on a wet Tuesday evening and ask me why I was going running. It’s not easy to explain why running in the dark to pick up (very odd) pieces of litter by a dirty canal is an exhilarating and enjoyable experience, or how this helps maintain good mental health, but it does! It truly does. And it’s definitely not about the calories burned.

GoodGym soon became my safe and happy place each week 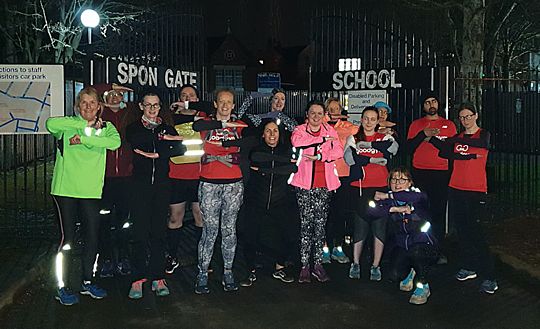 I still have bad days, but going to GoodGym helps me to turn my thoughts outwards onto the organisations we are helping , and helps me get back on track after a bad day/weekend. I have made some lovely friends who I look forward to seeing each week, and even when I’m tired and need to run at the back slowly I am in the good company of the back markers. Everyone is so encouraging and caring, and everyone tries hard to make the group welcoming and inclusive to new people joining. The group were even willing to run with painted rocks in their pockets when I told them I had a large bag full to gift to a care home we were visiting!

As I write this, I know most of the group will have no idea how much impact they have had on me. It is not something I’ve felt the need to talk about until now, but I think it’s worth mentioning so the group know how their encouragement and care not only impacts the organisations GoodGym helps, but has a great impact on members too. I am so much stronger than when I first joined GoodGym, and my running speed and stamina has increased, more as a happy by-product than a specific intention. I love being a TaskForce member with opportunities to give support to our lovely leader, and to GoodGym as a whole. I’m looking forward to celebrating Coventry GoodGym’s first birthday this month! It’s been a great year.