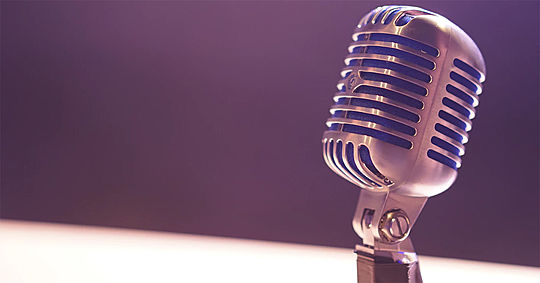 Paul Becker, a runner from GoodGym Bristol, has been visiting his coach David since July 2017. David is very passionate about singing and records his own songs every day. On a recent visit, David recorded a tape of him singing a song and wrote a letter to GoodGym encouraging other runners to get involved and record their own songs. Here, Paul tells us about his visits and how David wants to get more people involved.

David is my GoodGym coach - and he really loves to sing. He'll happily run through a few songs for anyone; whether its a district nurse, ambulance driver or myself as his coach runner. His favourite song is Distant Drums by Jim Reeves, but he has quite a large repertoire of others from a range of eras and styles.

David is also a lovely, giving person who is always trying to work out what he can do for other people and this love of singing has caused him to come up with an idea to bring a bit of a smile to any other coaches out there. In fact its an idea that he has become increasingly excited about over the last few weeks: a coaches singing club!

David is also a lovely, giving person who is always trying to work out what he can do for other people

The idea is that any coach who enjoys singing can record themselves performing one of their favourite songs (more if they like!) and then share them with other coaches. Those coaches that can't or don't want to sing can still listen to the music if they would like to.

David has recorded a few songs to start things off, some of which you can find on the MP3 here. He's also spent a lot of time writing down lyrics (from memory) of songs from a number of different eras that he thinks other coaches might remember too. 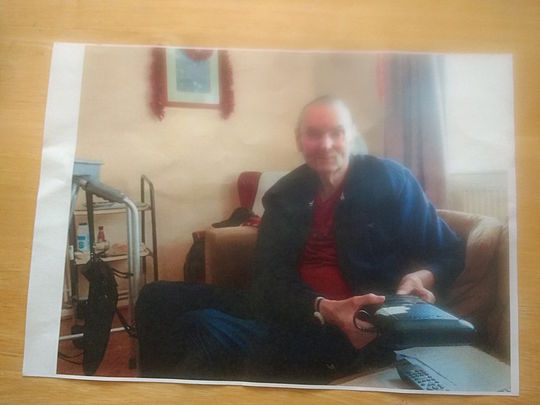 A photo of David in his home

David has had a lot of fun doing this and has been so excited to show me his latest songs when I visit that I've come to the conclusion that this really is a great idea and I thought I'd run it by any other coach runners out there. I like the way that its sort of personal while anonymous so it seems like a way that our coaches can have some sort of safe shared experience together and maybe trigger a few happy memories too.

To take part we'd need to get consent from your coach to share their song and to make sure there was no identifiable information on the recording like full name/address. David records his songs on an old cassette player (he's happy to perform them 'live' in front of me) but I'm sure there are lots of good phone applications that could also be used to collect an MP3 - and your coach could always record something in private between visits if they would prefer.

Let's see if we can build up a library of all these lovely songs!