How GoodGym can help you to feel healthier and happier

This month at GoodGym we are talking about mental health and how getting fit and doing good can lead to you becoming happier and healthier. Here, Charlotte Proud, a runner at GoodGym Newcastle, talks to us about being a part of the team, from running the Paris marathon to seeing her coach every week.

I am a member of GoodGym Newcastle which has just recently celebrated its first birthday. Since I joined in GoodGym in March 2017 I have completed 63 good deeds with GoodGym Newcastle and I’ve been on an absolutely incredible journey over the last year.

When Newcastle did its very first group run in April 2018, I can't believe I actually didn’t attend as I was so worried and anxious about turning up by myself. Fast forward a year or so and I needn’t have worried at all as I have discovered an amazing running family and friends for life. 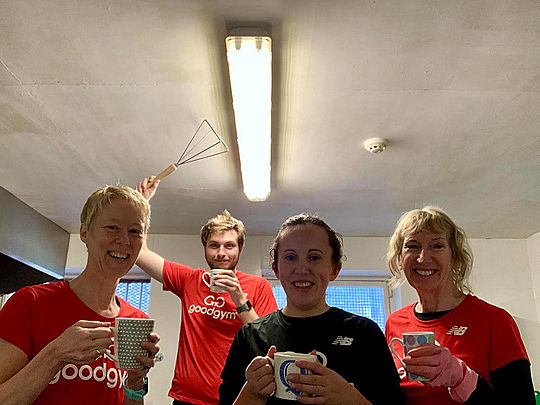 I have Osteogenesis Imperfecta Type 1 (Brittle Bone Disease) which is a rare genetic condition that is estimated to affect 1 in 15,000 people in the UK. I have had around 50 fractures and initially I was actually discouraged from doing sport at school. The condition currently has no cure, and I’m never sure as to when my next fracture will be or how bad.

I have discovered an amazing running family and friends for life.

However, since joining GoodGym, my confidence has grown so much, everything has generally increased including my self esteem and communication skills. I’m someone who is very excited for a Monday to come around! I’m also a member of the TaskForce, and have been able to independently contact organisations and arrange face-to-face meetings so that I can make a valuable contribution to the team by organising a variety of community missions as well as group runs. 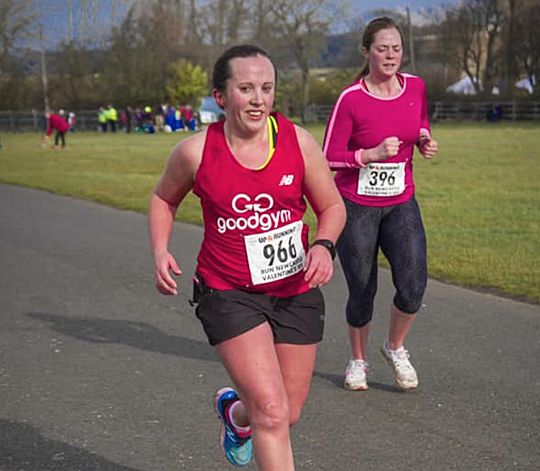 I’ve recently just completed the Paris Marathon in my GoodGym Race Team wear, which was an absolutely amazing experience and I’ve just signed up to do the Yorkshire marathon in October which I am really looking forward to.

I think this why I love GoodGym so much, as everyone understands my condition but just accepts me for who I am and what I can do.

If you passed me in the street, you wouldn’t know that I have a rare genetic condition (unless you look really closely and you’ll see that the whites of my eyes are blue, instead of obviously white) This can be really hard to cope with mentally and psychologically as it’s something that is always there at the back of my mind, and sometimes other people don’t understand what it is like to live with an 'invisible condition'. I think this why I love GoodGym so much, as everyone understands my condition but just accepts me for who I am and what I can do.

Thanks to GoodGym, I’ve also recently discovered coach runs, again something that I wasn’t quite sure of initially, but I have been running to an amazing older person locally who is isolated due to ill health and poor mobility. Her day-to-day life at present mainly consists of medical appointments and food shopping, with some support from a couple of close friends.

Through chatting with Mrs S, I found out that absolutely loves singing and was in a choir a few years ago. I did a bit of research and managed to put her in touch with Gateshead Older People’s Assembly. They provide a range of activities and social groups in Gateshead. I’m over the moon to say that she attended the singing group for the first time at Easter and she loves it.

I’m very excited for 2019 and to see where my GoodGym journey takes me!