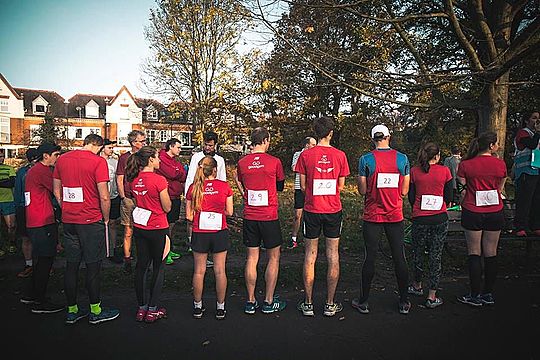 What to expect at Shindig this year

Are you debating coming to Shindig in 2019? We spoke to two GoodGym runners about their experience so that you can find out a little bit more about what to expect this year.

Last years Shindig was held at Stratford Upon Avon, Shakespeare Country. We arrived at the Grade II listed Georgian manor house YHA accommodation Hemmingford House. Three of us travelled together from GoodGym Bexley, Sarah, Neil and I. Friday evening involved a “getting to know you” session followed by a treasure hunt! We soon found our bearings playing this!

Saturday morning was Parkrun of course! Some of us ran the 2 miles from the YHA then ran with the local park runners who were pleased to have us . It was a sea of red with about 60 GG runners at least! Some of us got PB’s on the flat course. What a sight! Tea and biscuits were on offer at the finish as well as platters of fruit laid on by the volunteers.

We then got to work discussing GoodGym issues such as the new Walk Leader role, Diversity within GoodGym and Community Missions as well as Missions in general. At Bexley we have been working on all these things since and have introduced a walking group to our Monday night group runs, led by a walk leader and have been organising numerous Community Missions. It is always good to hear what other GoodGym areas are doing and how they work to resolve any issues. With multiple sessions spread over the day, there is something for everyone to get involved with. In the evening we had a Quiz. These are always great fun and so funny! Not sure who won!

Sunday was a river swim and run through for those who were up for it! We took a look around Shakespeare’s birth place and town centre, absolutely brilliant! We then headed home, but we had met some awesome people doing great things for their communities! 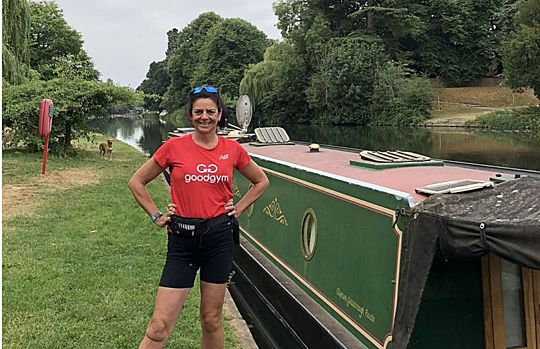 Last year I was the sole representative at the shindig for GoodGym York. Though I had already met lots of GoodGym runners from across the country through various events, I was a bit nervous about turning up on my own. I needn’t have worried. As I walked into reception on Friday evening, a few people recognised me and greeted me by name, and within 30 minutes I was sitting at a table of strangers, chatting about all things GoodGym. There was also an organised ‘people bingo’ game and a treasure hunt to make it easier to strike up a conversation – I’d made a new bunch of friends by bedtime!

On Saturday morning, most of us woke up early to eat breakfast before heading out to the local parkrun where we almost doubled their numbers. After running back to the hostel. There was just enough time for a quick shower, before the work started. Throughout the day, there were a lots of different discussion sessions to join, and a choice of what to attend depending on where your interests and curiosities lay. Session topics included missions, Taskforce, coach runs, group runs, socials, finances, future plans, race team and many more besides. It didn’t matter if you’d done three good deeds, or three hundred – everyone had the opportunity to have input and share their own experiences and ideas. 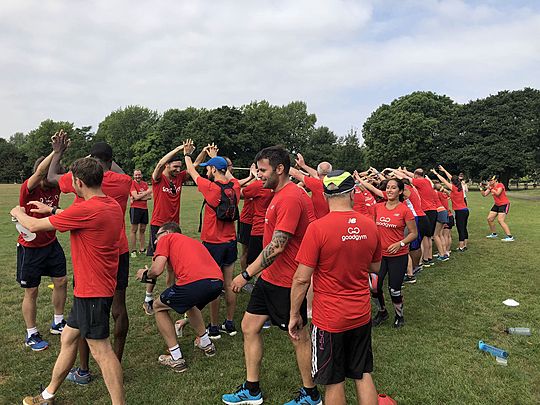 At one of the sessions I attended last year, someone suggested that Group runs could be more inclusive if there was the option of a walking group. I was able to share that we had already done some walking groups on shorter runs in York. Within a few months of the shindig, walk leader roles were officially introduced, which just goes to show that by being a part of the shindig, you really do have the opportunity help to shape the future of GoodGym. With the bulk of the work done, we had a big group meal and took part in a fun quiz to wind down after a hard day’s work.

On Sunday morning, all that was left was breakfast, some parting words from Ivo and a pub lunch for those of us who weren’t in a rush to end the weekend.

I’d definitely recommend taking up the opportunity to go to the shindig this year. Aside from being a lot of fun, it’s a great opportunity to meet others, get to know the GoodGym central team, learn more about what GoodGym is all about, and to be a part of shaping the organisation as it moves forward.