In the first week of July, we teamed up with East of England Co-Op to host a series of special runs as part of Co-operatives Fortnight 2018 in Norwich, Colchester and Ipswich.

Co‑ops make a difference to people's lives right around the world and invest in communities across the country to make our neighbourhoods even better places to live - so inviting some of their members to join us for a run felt like a perfect fit.

Runners across the East of England got together to flex our collective muscle power and support some inspiring community organisations and charities who are doing amazing things to support people living in our areas. Here’s what happened.

Supporting Break to raise funds for vulnerable children in Norwich

Every year Break - a charity which supports young vulnerable children - host the GoGoHares sculpture trail across Norfolk. So this year we ran all across Norwich to give the sculptures a polish to ensure they were looking spick and span to support them with their fundraising. 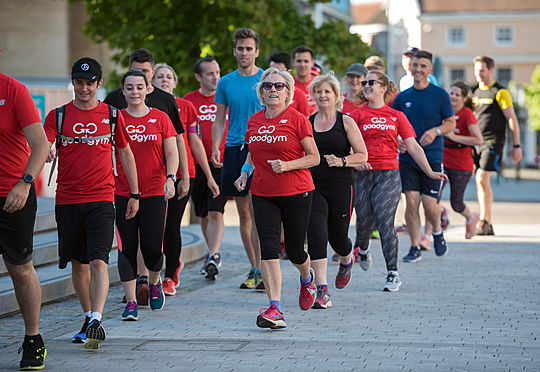 Steven devised a superb strategy in which 35 of us ran in smaller groups to clean around 8 or 9 of the sculptures each. In just under an hour we managed to cover the entire 50. We had tonnes of fun and was great to see 5 new runners out there with us: Jacob, David, Fleur, Kate & Cyrus.

Helping Beacon House to support the homeless in Colchester

We’ve got East of England Co-ops to thank for introducing us to a new local charity partner - Beacon House. They’re a halfway house for the homeless and they’ve just moved to a new location in Colchester, so we gave them a hand with some decorating to help them get ready to open their doors. 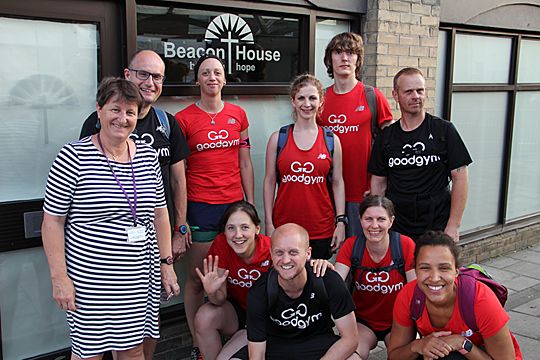 It was all hands on deck to paint and decorate a room in the new building a fetching shade of Swedish Blue to make it a nice, comfortable environment for people to live in. 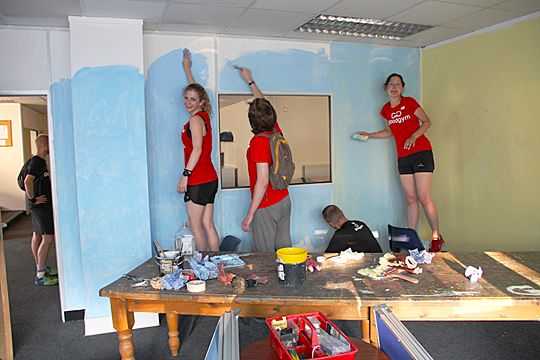 Danny and the team from Activ Lives were beginning preparations for their Big Garden 10th Birthday Party and needed a hand to get the People's Garden ready in time. Activ Lives do an amazing job at getting people of all ages together to learn, grow their own food and socialise.

Tav put us through our paces"

We split into two groups and tackled some weeding pretty swiftly, while the other half of the group lay down some wood chippings. Tav put us through our paces on a fitness session on the return run back home. He said that this task was a real example of just how much we can achieve when we work together - read his run report for more. 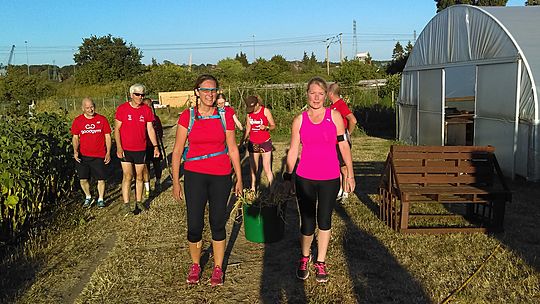 East of England Co-op are currently working in partnership with Community Foundations in Essex, Suffolk and Norfolk. And they recently allocated £70,000 to local good causes including Goodgym, ActivLives and Beacon House to tackle loneliness.

Here's what Oli Watts, Head of Communications and Community had to say about teaming up together on the runs.

“Co-ops Fortnight gave us a great opportunity to continue our work with these groups to tackle the growing issue of loneliness and show our support for Break charity’s GoGoHares trail in Norwich.

the growing issue of loneliness"

“The runs were a great success in every county and are a fantastic example of the power of co-operation.

“Co‑ops make a huge difference to people’s lives all around the world and here at the East of England Co-op we really believe that it is the small things that can make a big difference in our local communities."

Make a difference in your community