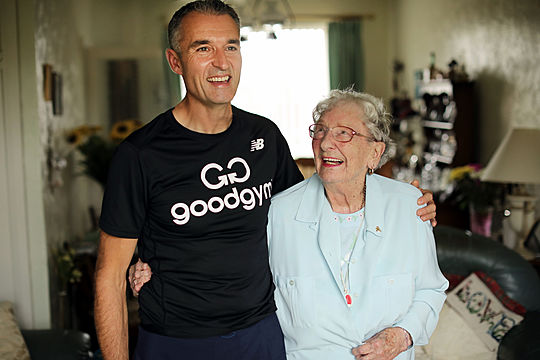 For Florence, a GoodGym coach in Leicester, loneliness became a big problem when the last member of her family passed away. When Steve started to visit her on his runs, a new friendship formed.

When I first lost my husband that was hard, I can’t believe I lasted all these years on my own.
Mainly it was because my family are in Wolverhampton, I have no immediate family here, some friends but not many.

Since then I’ve lost all my family now and there’s only me.

My brother was the last one to go. When he passed away I felt lost. I was the middle one of five siblings. I have always had brothers and sisters around. When he died I felt lost. Absolutely lost. 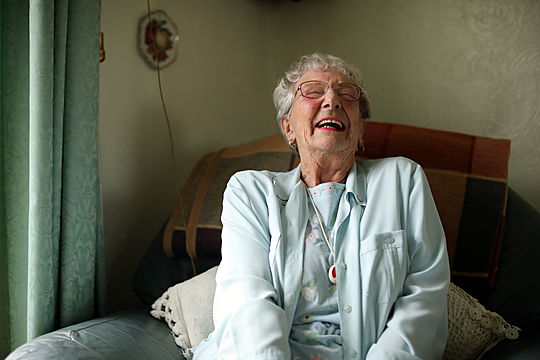 It’s hard, especially in the winter. You’re closing curtains at 4.30pm and you’re on your own for many hours. Yesterday it was the anniversary of my husband's death and I was feeling a bit down. It would have been my sister’s birthday today.

It was when I was in hospital and had been ill with pneumonia. The Red Cross interviewed me and then they said “Would you like someone to visit?”

At first when you live on your own, you’re wary [of new people], they [the British Red Cross] said everything had been checked and that it was all ok, I took them at their word and then Steve started visiting.

Obviously things are a bit nervous at first and you’re weighing things up… and as time goes by, you chat and feel that you’ve got to know each other. It’s something to look forward to. He comes on Thursdays, he runs in all weathers, he’s got a purpose to run. It’s both ways isn’t it - we both get something out of it. 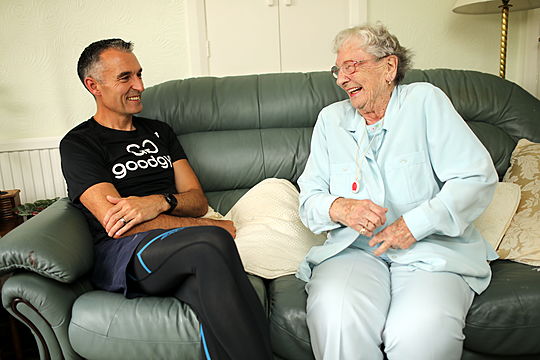 I hope it’s brought as much pleasure to him as it has to me. I’ve got no kids so I don’t have anyone coming to visit like that.

I feel very lucky now. It’s something to look forward to, someone to tell your troubles to. When my family were there I could ring them if I was upset and I’d feel better. I don’t have anyone now. Therefore my visits on Wednesdays are so important.

Like I’m telling you... we talk about this and that we talk about gardening and my dachshunds, and he tells me about his children and where they are going on holiday. We chat about anything, it gets easier and easier to talk to them as you know more about them.

I now can’t imagine what it’s like for people with no one. Week after week, no one comes to visit. A friendly face is worth having. Some people are so lonely, they are desperate. I’ve felt that, this is so important.