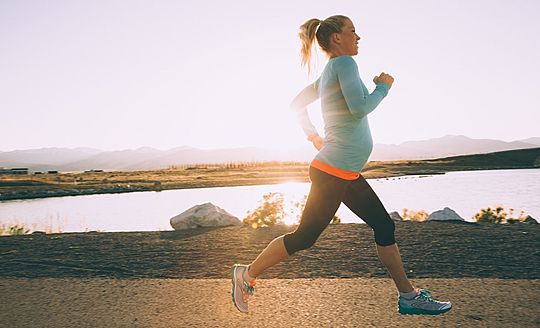 Baby, we were born to run

Laura's experience on running with GoodGym whilst pregnant

Laura Wells Love being by the sea, running, cycling and travelling!

Laura Wells has been running with GoodGym Portsmouth since 2018. Here she writes about her experience of running during and after her pregnancy.

I often describe GoodGym to friends and family as “the best thing ever”. Combining my love of fitness, helping the community and socialising all in one fell swoop, what’s not to like?! When I found out about GoodGym Portsmouth starting up, shortly after I’d moved to the city in 2018, I had to be part of it. Not knowing anyone, I was nervous to turn up to my first session, but quickly realised that I had nothing to worry about - everyone was so friendly and welcoming. Soon after this session I was then welcoming other newbies and showing them the ropes as I was then a ‘regular’ – such is the community and camaraderie of GoodGym.

One reason I love GoodGym so much is because it’s not competitive fitness. I love running but not in a sporty or competitive way, I do it at my own pace and to keep fit generally. With GoodGym no-one is left behind and it never feels competitive – whatever pace you do is fine and you can always run (or walk!) and chat to someone. It’s so sociable that sometimes you can forget you’re exercising! Perfect for me, someone who has never got on well with traditional gym membership and who doesn’t always have time for regular volunteering alongside working full time. 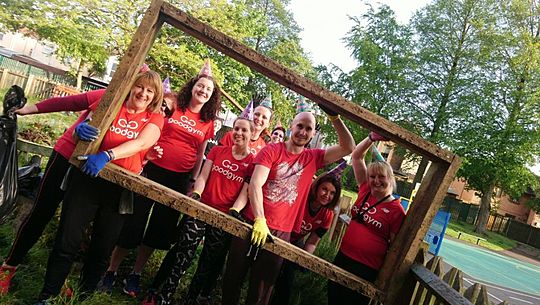 In September 2018 I found out I was pregnant, and with it being my first baby I wasn’t sure how exercise would pan out. Having suffered an early miscarriage prior to this pregnancy I was keen to take it easy, but I also wanted to keep as fit, healthy and sociable as I could throughout pregnancy.

My doctor and midwife both said to keep up exercise as I normally would if I felt up to it, listening to my body if it was too much. I told Katie, the GoodGym Portsmouth trainer, as early as I could, to ensure she was aware of my fitness levels and abilities and she was able to support me.

What were the highlights of GoodGym while pregnant?

GoodGym’s cheer squad at the Great South Run inspired me to keep going to the end while battling the dreaded morning sickness! Attending weekly group runs / walks with GoodGym throughout my pregnancy enabled me to help local causes such as local charity shops, gardening at local primary schools, tree tending in a local park, litter picking, and my personal favourite cause – sorting tins at the Foodbank. From a mental health point of view, it was great to have GoodGym to look forward to each week, and of course fellow members asking after me and the bump week by week

There is a midwife and doctor among GoodGym’s wide range of members – so I was in good hands!

Without GoodGym I honestly wouldn’t have been able to do as much exercise during my pregnancy. Having previously run parkrun whenever I could, 5k was now too far to run in one go; and jogging on my own, particularly in winter in the dark, wasn’t something I was comfortable with when pregnant. With GoodGym I was able to keep up gentle exercise, doing good in the community and keeping sociable, all of which benefitted my physical and mental health greatly – and the baby of course. Where the walking option was available I often took this up – and assisted Katie with any fitness challenges that I wasn’t able to take part in – timing or photographing! 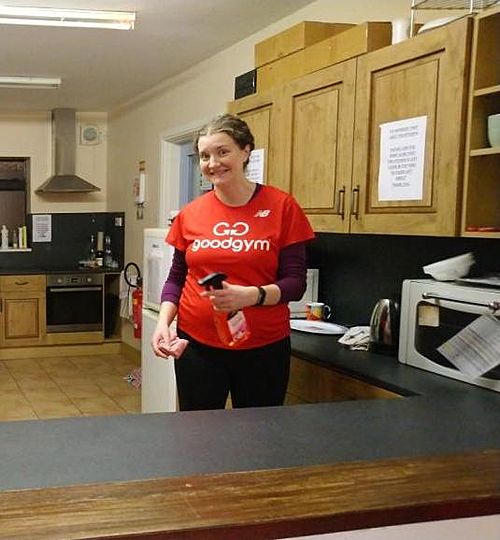 Luckily, I felt well enough to attend GoodGym right up until the week before I gave birth – the walking options made this possible towards the end. In the end I gave birth 2.5 weeks early and had to have a c-section as the baby was breech, so the fitness I’d kept up during pregnancy was vital in assisting me with the long recovery after the delivery. Such is the power of GoodGym, one of my GoodGym friends Rosie lives on my road, and she saved me in week one by bringing me some much-needed paracetamol when I’d run out! Thanks Rosie!

Jack was born in May and a healthy little boy. We are so in love! He attended his first GoodGym session in July and met the rest of the crew who were glad to meet GoodGym’s newest member – complete with his red GoodGym top of course! He wasn’t up to grasping litter pickers just yet but I took the walking option and was glad to be back to the greatest fitness group in town after a few months off. 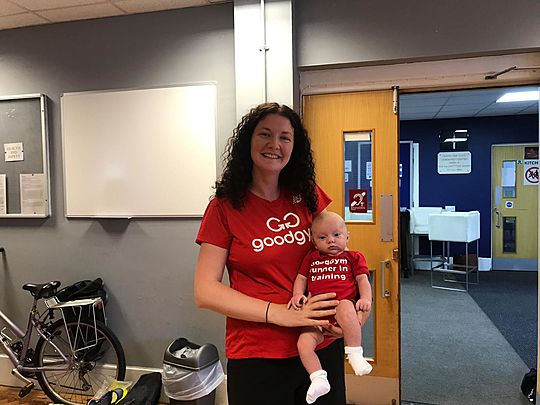 I am so grateful to GoodGym, Katie and all of my fellow Portsmouth GoodGym’ers for helping me keep fit, healthy and active throughout my pregnancy – and beyond! If you’re looking for a way to stay active and sociable throughout pregnancy and into early motherhood, why not give GoodGym a try!

NB. Although running is generally safe whilst pregnant, please check with and follow the advice of your midwife/doctor

-Find out about GoodGym in your area