When you’re running alongside a GoodGym runner you never know what’s going on in their head. For Andrew Robson, a runner in Newcastle, GoodGym was way of helping him feel comfortable interacting with other people.

As long as I can remember I have been shy. Cripplingly shy.

I started to notice I was struggling when I was 16. There were events people would talk about, like day trips or parties, that would fill me with dread whenever I was asked if I was going. First I’d have to find the place, then I’d have to work up the courage to actually enter. What if it’s the wrong place? What if there is no-one there that I recognise? What do I even say? The absolute worst anxiety I had at this age was over chairs. What if there weren’t enough chairs? Where would I sit? I know the solution is easy, find a chair or even sit on the floor, but I have spent hours if not days of my life worrying about chairs. 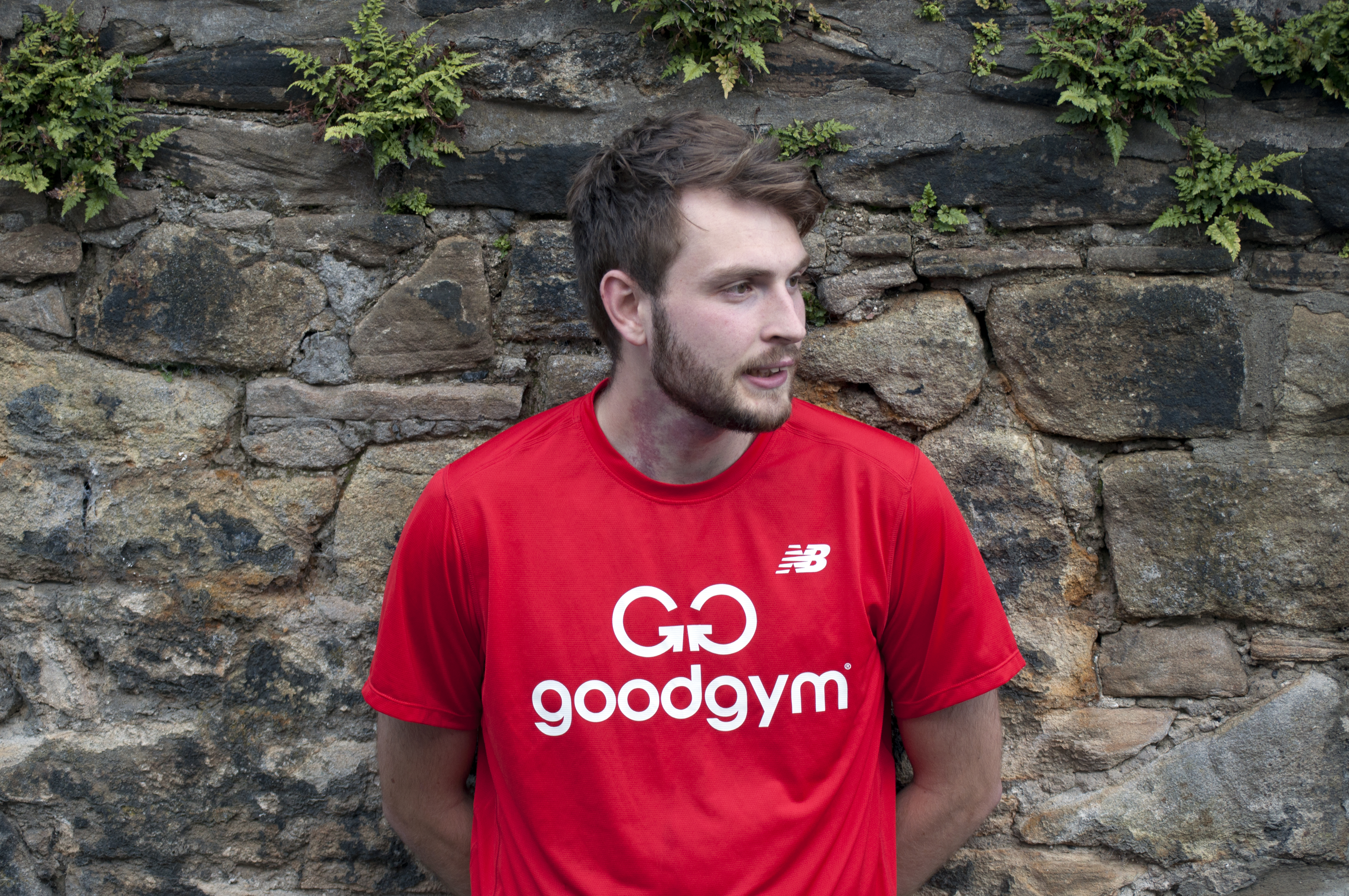 These anxieties meant I usually would decline invitations. I wanted to go but it was easier for me to not go and not have to worry about these things. I learnt that I struggled to order anything from humans. Coffee shops, bars and, most importantly, Greggs were now off limits. I’d be sad, I’d be lonely, and I’d feel like I was missing out. Although, I wouldn’t admit it to myself - at least not yet.

Fast forward a few years, and I was ready to make that change.

In the last week at my first job, I heard about GoodGym. It sounded great, but it sounded like anxiety, so I talked myself out of going. Then, when I started a new job, I saw that the meeting place for GoodGym Newcastle was on the same street as my new office. There were really no more excuses.

I went. My first good deed was on July the 2nd 2018. It was awkward at first. I entered the hotel where the meeting point was, looking around for the red shirts I had seen on the website, having no idea what to say if I saw one. I didn’t have to worry for long. I was greeted at the door by the GoodGym Newcastle trainer and people came and introduced themselves. I felt like everyone there was trying to be friendly and helpful, and it really put me at ease. 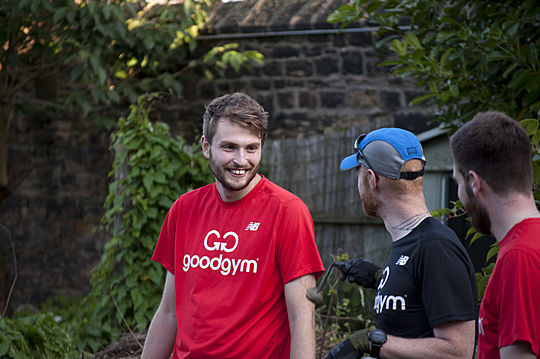 I set off on the group run alone, but within seconds I had a new person introducing themselves, running alongside me to the task. There really wasn’t any time to worry or be anxious. I loved my first task cleaning kitchens for Changing Lives and meeting so many new and friendly people. From that day on, I was hooked.

GoodGym was my window into the world that I thought left me behind. I gradually felt like I was building real relationships with the people there, and I would look forward to seeing my friends every week.

Through GoodGym, I’ve had two of the best experiences I’ve ever had.

The first experience was a 10k run. After the race all the people from GoodGym met up for a photo opportunity. Just after the photo I got the question I used to dread: ‘We’re going for lunch; do you want to come?’ ‘I‘d love to’. I feel we have a strong sense of community at GoodGym Newcastle. I feel happy when I’m around these people, and this makes me more confident. I know they’re there to help me if anything did go wrong. 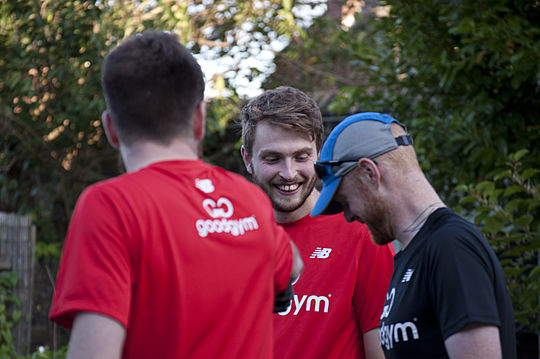 Walking home, another GoodGym runner drove past me. He honked his horn and waved. Still feeling good about my achievements that day I stopped at the Sunday market to order some food. No self-serves here either, but that’s not a problem anymore. Almost unbelievably, I bumped into another GoodGym runner here and we chatted while I waited for my food. It felt normal. I felt normal.

The next day was the group run. Now I have started going to group runs earlier, just so I get to spend more time talking to everyone. Just 3 hours later, I was singing Britney Spears’ 1998 classic Baby One More Time in a pub to a group of runners.

I will never forget those two days. They would never have been possible without everything GoodGym has done for me. These were the first steps I took back in the real world, and the first taste of experiences I felt I’d missed out on.

The anxieties aren’t completely gone but I’m definitely a lot better than I was. I can even go to Greggs now. If worst comes to worst and there is something I feel I can’t do, I now have people I can lean on to help me get through it. Without GoodGym, none of this would have happened.