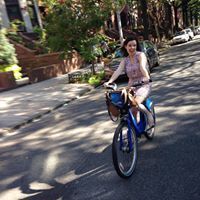 POLES UP HILL at Petersham Common (STAKES ARE HIGH again)

When the Earl of Dysart transferred the freehold of Petersham Common to Richmond Town Council in 1900 he specified that it be managed by Petersham Common Conservators, and this continues to be the case. The Conservators contract a Woodland Manager to carry out a woodland management plan that maintains the Common, increases biodiversity and provides educational opportunities. A number of local groups volunteers to help with activities on the Common AND THAT WOULD BE US … SO NOW WE GET TO CARRY ALL THE STAKES UP HILL - YOU KNOW, the task you were so disappointed to miss last time is here so let's get signed up to run 6.45pm from Wholefoods ; - )

Emily is part of a crowd that's making a huge noise. Emily has been cheered by 25 people - that's a round of applause just on their own. We hope they keep it up.

17 of us fully charged and raring to go met at Wholefoods this evening. In the awesome pack was Sam from Liverpool, Rosanna from Southwark and Matt from Kingston – All on a first tourist trip with Richmond and most welcome, as was Christina on her first ever GG adventure and welcome back Naveed, Ciara and Emily on your 2nd run out too!

The brief was kept as short as we could to allow for time on the road this evening but it included heaps from a task vote of action, a shout out for the Richmond run festival this coming weekend and then a huge congrats to Anita on achieving a first place in her category in the Richmond Duathlon this weekend – Very Proud of you!!

Jack delivered a super warm up on the green, squeezing in a mini circuit and even BURPEES!!!! To which all performed remarkably well (some did just seem to stand with hand on hips but assured me they were just doing the drills VERY FAST – I believed them of course!) We were POWERED UP so time to get our stride on.

The run was long and straight for the most part with no hills. It was referred to as a little boring in fact but we decided it was made all the lighter for the great company we ran with and of course it cheered me up to hear that hills are more interesting. So, the way forward is to the hills – we have seen the light ; - )

Warm up time! Thanks to Run Leader Jack for putting us through our paces! #goodgym #runninggroup #richmond #warmup #fitness #volunteering #community pic.twitter.com/Mm3umyACg8

The task tonight was a NEW one for us, so super excited to be helping at THE MORTLAKE OLD POWER STATION which now houses the venue for Mortlake Youth Centre and what a great place it is. Danielle, our task owner was ready with all tasks in place; so after some quick hydration and some explanation we powered through as much tidying and cleaning as we could in the art room and kitchen, prepped as many bottles as we could for the youths who attend to creatively upcycle, cut as many SPOOKY labels as we could to be used for Halloween craft and then lifted huge items (SOFA included) to make space and allow better use of the areas available.

Phew…what a lot to do mid 7/8km run. We loved it though and made as much use of the time as we could.

The Youth Centre is a great space in our community for the youths to have access to and Danielle was super to welcome us so that we could help contribute to this facility.

As ever time goes to short and now head torches a glow, we bobbed our way back in and out of some smaller darker alleys and walks until the road was a straight stretch back to Wholefoods for some stretching and a chance to refuel.

Next week we celebrate GoodGym turning 10 years old. To celebrate we will be having drinks and food at One Kew Road in Richmond after the run. The theme of our party is "What I wanted to be when I was 10" - you can come in fancy dress to either the run, the pub or both!! Sign up here - https://www.goodgym.org/happenings/group-runs

Oh and not forgetting...a GG tourist had a great idea tonight regarding who write's the run report. From now on if no one volunteers then I will nominate a Task Force member...it could be you! (Insert evil laugh here)

NEW TASK ALERT!!! After our great work helping at Whitton Youth and then our bike cleaning at Ham, we have been asked to assist the Youth Centre in Mortlake too! The main focus is likely to be in the kitchen cleaning and sorting however it sounds as if some TLC is also needed in the art and music rooms. So should be plenty to do this evening! Further details will be given as received but for now let's get signed up for some GOOD running at approx. 7.5km round trip and meet a new task owner ; - ) Look forward to seeing you 6.45pm Wholefoods

GoodGym x I am Team GB: We are BACK TO SCHOOL

This month, GoodGym is partnering with I Am Team GB to encourage more people to get involved in community sport

Tonight's GoodGym session is brought to you in partnership with I am Team GB, an annual campaign, created by Team GB to get more people physically active.

We have not run here for such a long time but the team at Thomson House school have asked if we would return to spread some of our GG TLC and help them get things looking ship shape for the new term to come! (Full task details to be confirmed but indications are weeding and tidying in the playground area, raking a sandpit, maybe washing some windows and cleaning the play furniture) So 'school is still out for summer' and we are in which means sign up, glove up and lace up for a great night See you at Wholefoods 6.45pm

A Tourist likes nothing better than exploring new areas and meeting new people, and that's what Emily has been doing. Emily has been to three different GoodGym areas now - nice!

Hi ho hi ho, where did all the tools go?

GoodGym’s Richmond runners gathered in force for Monday evening’s serving of good-doing, this time over at Terrace Gardens where the scrubland was starting to get a bit out of hand. So it was “hi ho, hi ho, it’s off to work we go” for not 7 but 18 Dwarfs (although it would be a bit of a stretch to cast Jack and Andy as dwarfs in the Xmas panto…). For anyone who’s REALLY confused right now, brush up on your Disney here.

Before setting off there was a fair bit of business to get through, looking ahead to celebrating GoodGym’s 10th birthday and congratulating the very wonderful Jenna, on her 200 good deeds milestone (and didn’t she model the superhero cape well?) and the amazing Jay, on reaching 50 good deeds shortly after his Race to the Stones heroics (looking dapper in the sash). Epic work guys!

There was a change to the warm-up this week as Jack took over from Mark and put us through our paces with a variety of stretches and exercises and an interval training-style run around a triangle of the green, while Mark seized the opportunity to take a lot more photos than usual…

Suitably warmed up, we started off from the green, past the theatre up Parkshot, along the A316 and down the riverside to Terrace Gardens. On the way we stopped to equip ourselves with hoes, spades, brooms and litter-pickers and then headed over to the gardens, split into two groups and got stuck in.

Our task was to cut back and clear saplings and ivy from both sides of a section of scrubland along the Petersham Road. We were lucky to have a large group so we could make a real go of it, although we weren’t helped by the lack of suitable tools (anyone tried clearing ivy with a hoe and garden fork before?)… but of course in true GG style we did a fantastic job and ended up moving huge piles of cleared weeds and scrub into a secret hiding place in under the trees. Soon it was time to go and we packed the tools away before making our way over the Star and Garter Hill for a bit of a quad burn, and back through the town for a warm down.

A big welcome to Kitti for her first GoodGym run, and to Emily who used to run in Wandsworth and moved to Richmond recently. Welcome also to Michelle and Andy of Hounslow parish, Kate of Kingston and again a HUGE congratulations to Jenna and Jay.

Remember, if you’re up for a few social gatherings, the odd pub quiz or just an evening down the pub, drop me a line and I’ll add you to the GG Richmond Social WhatsApp!

Great to meet you Emily and welcome to Richmond ; - )

POLES UP HILL at Petersham Common (STAKES ARE HIGH again)

GoodGym x I am Team GB: We are BACK TO SCHOOL