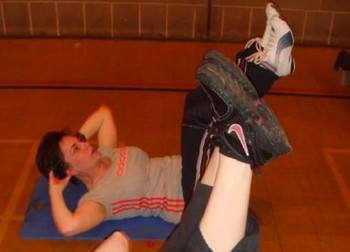 We had a lovely morning at Cake Stories in Hoult's Yard, Byker. I can definitely recommend a visit if you haven't been before.

Myself, Louise, Anji, Liz, Debbie and Tanya got together for a social and a catch up.

It was a bit breezy but lovely to sit outside as the last time we visited it was Winter.

It was great catching up over coffee and cake, as it was so laid back and the outdoor seating area was lovely.

Debbie English signed up to a party
Party

Absolutely every welcome, whether you are new to GoodGym, regularly attending or haven’t been for ages.

Come along and enjoy a friendly get together at Cake Stories (Hoults Yard, Byker)

I can guarantee you that their coffee and cakes are amazing! I can’t guarantee the sunshine but hopefully fingers crossed we will be able to sit outside.

Drop in anytime 11am till 1pm, stay as little or as long as you like!

You can easily run, walk or cycle along or there is parking available in Hoults Yard

Huge thanks to Tanya for holding the fort at a fab new mission with Urban Green Newcastle today at Kingston Park.

Tanya said, "Hannah and Ben were leading for Urban Green today. Mission: find the path. Phil’s hangover kept us entertained while digging up the grass into reusable sections. Once the path was uncovered, we used some of the turf to fill diverts in the goal posts in the park. The rest of the turf will be used in other parks to do the same thing.

Phil did his best bird stomping for worms impression. We finished off with Debbie on an impromptu litter pick for empty party cups!"

What a difference! Well done everyone.

It would be great to do a big return visit to this location as it has had much less attention than our other Urban Green parks. Watch this space!

Sun 22 May
•
Report written by Aimee

Four goodgymers helped Urban Green in Hodgkin Park, which was a new park for us. Hodgkin Park (also known as Benwell Dene) was donated to the people of Newcastle in 1899 by Thomas Hodgkin, a prominent banker. The park is split into two part upper and lower which caused a bit of confusion in finding where we were. Me and Michael managed a double community mission Sunday by coming straight from helping out at junior park run.

We were painting two of the gates at the edge of the upper park. I was working with Mike and Maddie form Urban Green on 'paradise gate' which had a picture of Hodgkin himself singing, an apple orchard and a view of fields, factories blowing smoke and the river Tyne. Michael, Debbie and Tanya were working on 'daffodil gate', which as expected has a number of daffodils.

All the paints had interesting names so we had a bit of a guessing game working out what colour 'angelfish' or 'glacier mist', there was no doubt about 'gobstopper red'. Mike from Urban Green wanted to keep the colours as close the original artists work as possible.

We had a quick stop for tea, coffee and biscuits but quickly started to rain and we hurried back to work wanting to get finished before the rain.

We continued working with only a little painting in the rain and managed to finish most of the bit we had paint for or planned to do. By the end of it my hand was blue because I forgot to but gloves on and I was trying to catch drips. There is some neatening up to by Maddie and Mike and some forest green needed on daffodil gates and black on paradise gate, but it looks much better already.

Look out for our next Urban Green mission in three weeks time of you want to get involved.