Your glove, leaf-ting me higher, than I’ve ever been leaf-ted before

37 runners ran to help their local community in Wandsworth. 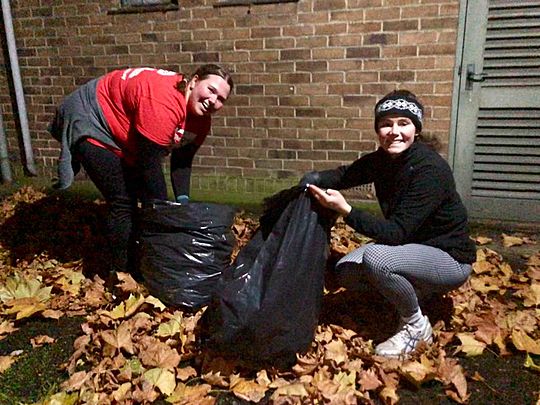 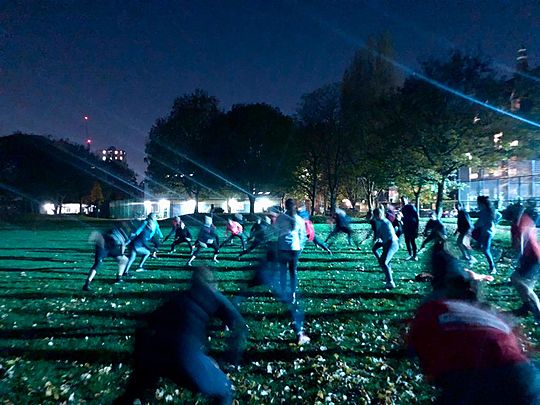 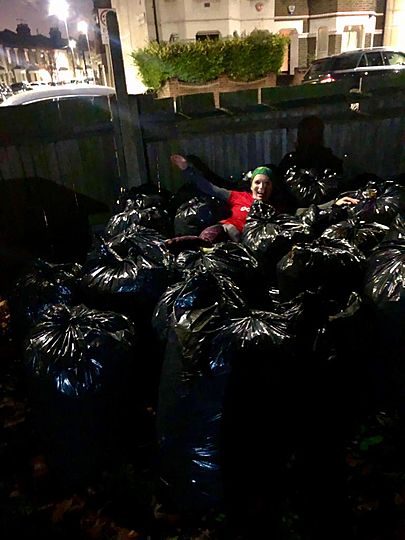 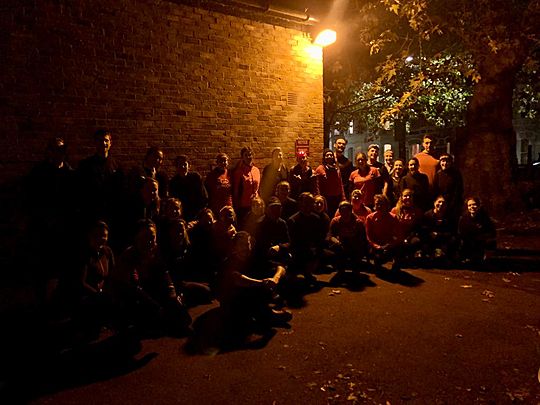 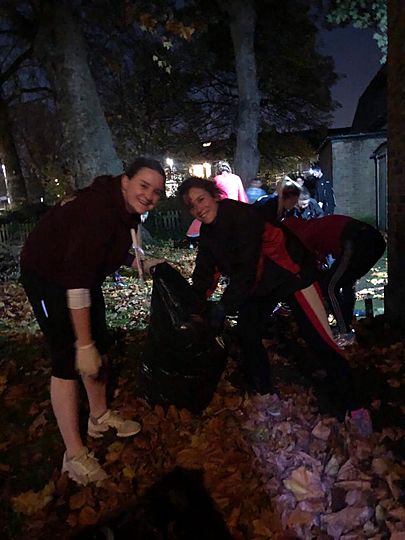 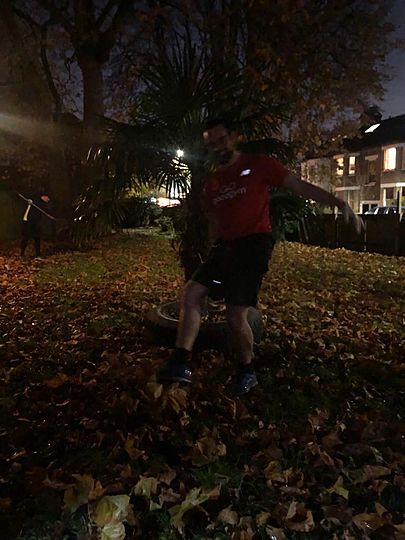 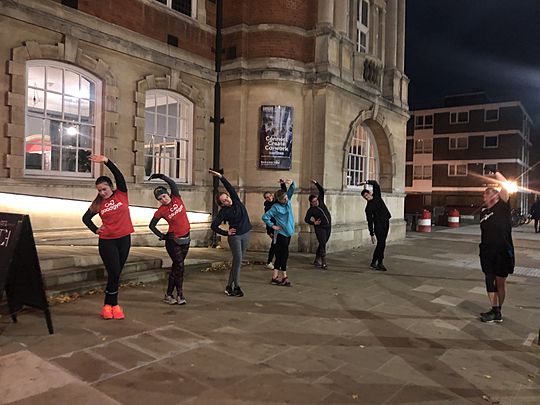 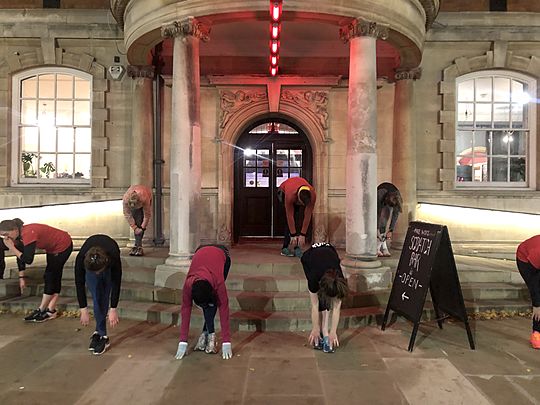 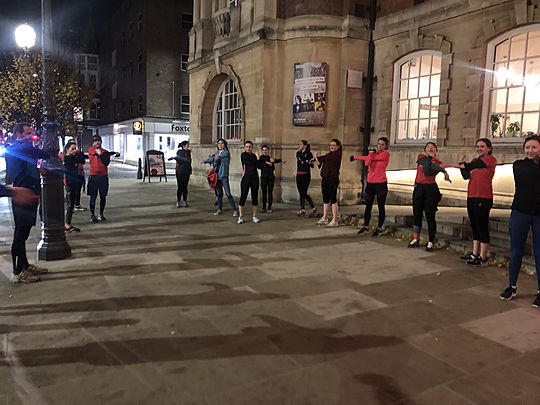 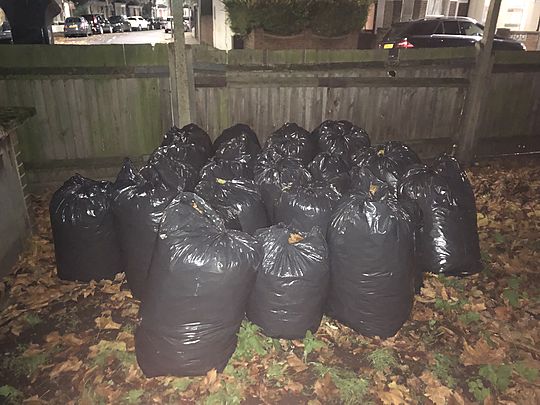 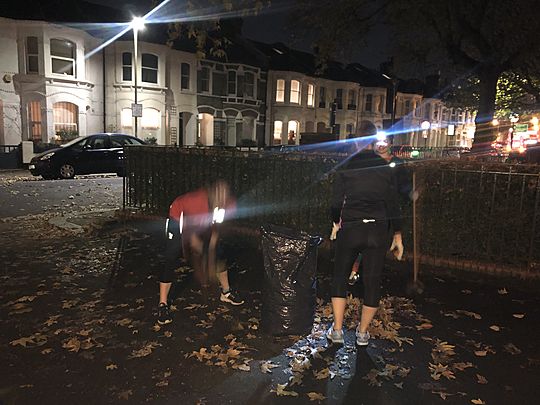 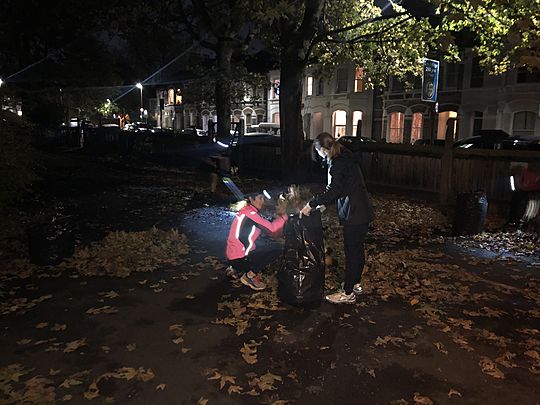 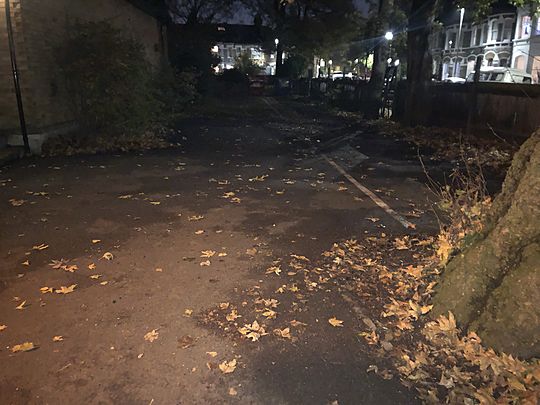 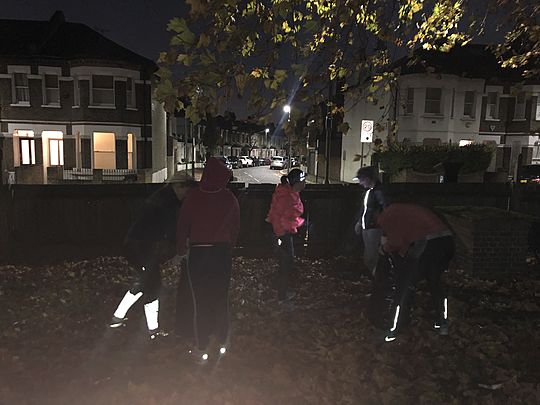 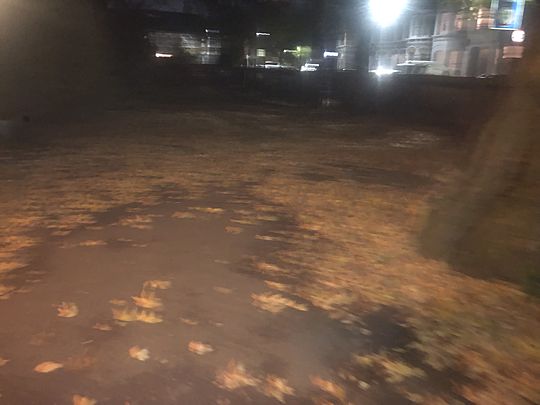 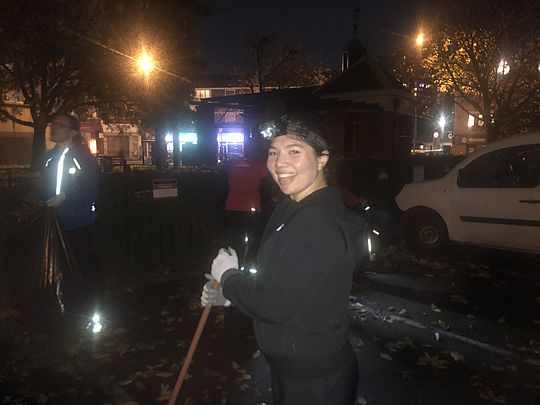 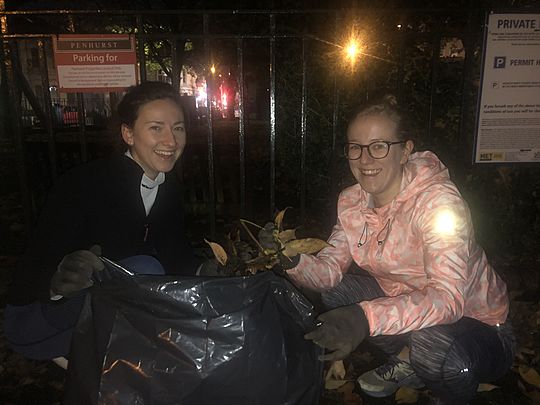 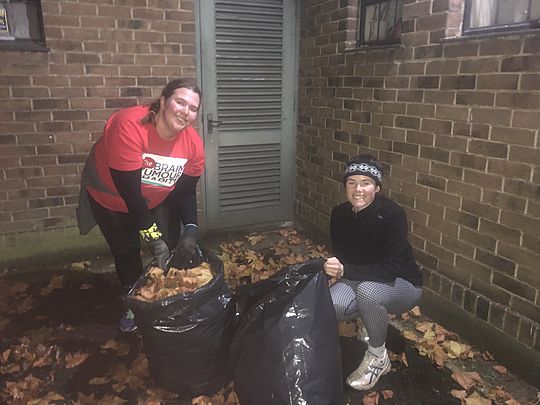 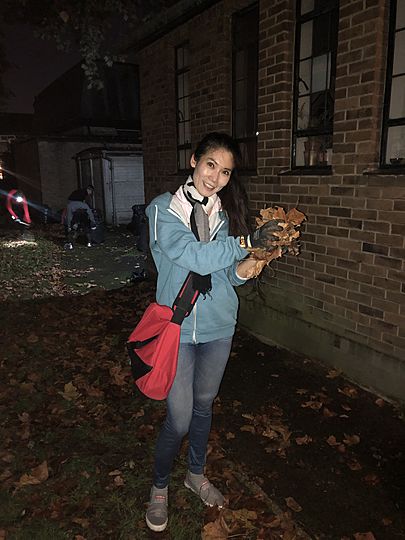 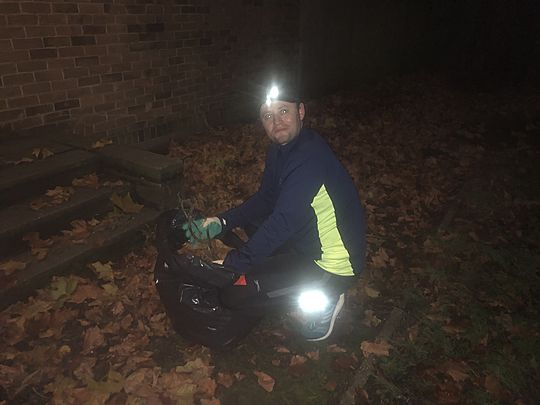 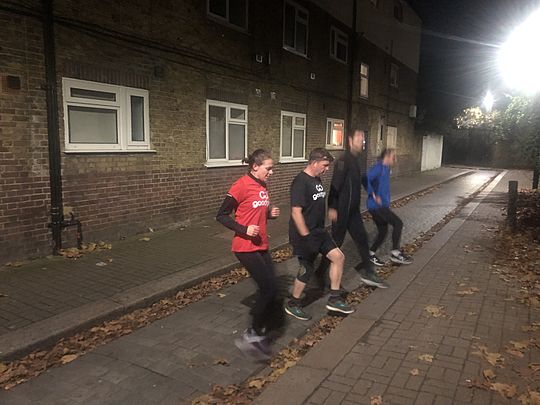 A brilliant 36 runners met up tonight in Wandsworth to lend a hand at a local community garden, do an intense fitness session and get a run in - what better way to spend a Monday evening?

** Welcome to the group Mia, Bethany and Sandra - give them a cheer, GoodGym!**

After a warm up outside where we shared our middle names (except for the three of us who didn't have one...jealous!) we set of for Christchurch community garden. This space for local people has recently started to be looked after by a friends group. After some antisocial behaviour making it less than welcoming they wanted to make it a garden for everybody. Currently they have a big old leafy problem that needed some attention from GoodGym!

It was a short run down there so we took it at a good clip, stopping only to do some toe taps and one legged lunges on the way. We found Nigel, a memebr of the Friends group, waiting for us with tools, gloves and bin bags and we set to it.

After promising it wouldn't be too big a job I had to make my apologies, as it turned out to be a bigger task than anticipated, but essential as the leaves are stopping the grass and other plants growing as well as being a slippy hazard for people using the garden. We got stuck straight in piling the leaves into bags, raking, sweeping and using some interesting stick-based techniques. It worked though, and just half an hour later we had collected an impressive 53 bags! Many hands really do make light work....

After piling up the bags ready for collecting, we nipped over to the football pitches to do our work out, which tonight was tabata. This tough session is divided up into 20 second segments with 10 seconds recovery and is a very efficient workout in a short amount of time. We smashed out two rounds of 4 minutes, featuring power lunges and squats, mountain climbers, tuck jumps and more in cardio blasts. All that was left was a run back to base, that tough old hill, and a few stretches. Great work everybody! Next week we will be spreading the word about a free Christmas lunch for the elderly in Battersea so that as few people as possible are alone on the day itself. Until then, run happy!