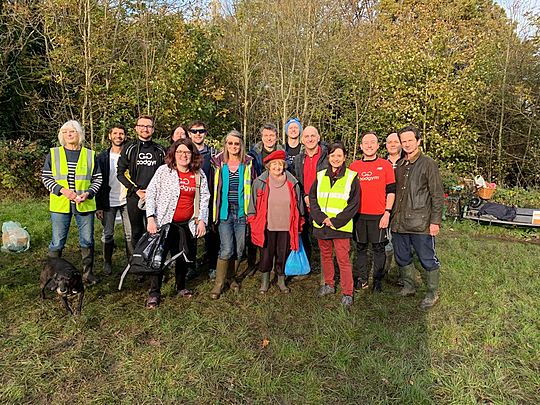 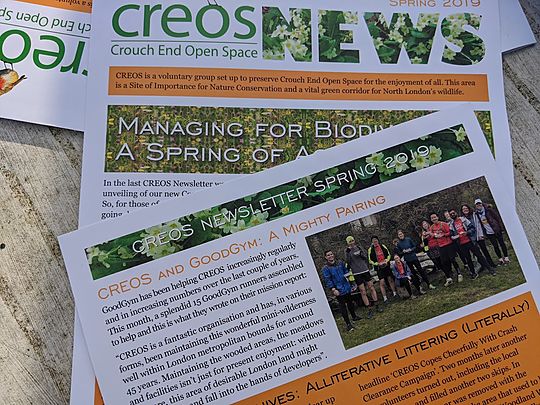 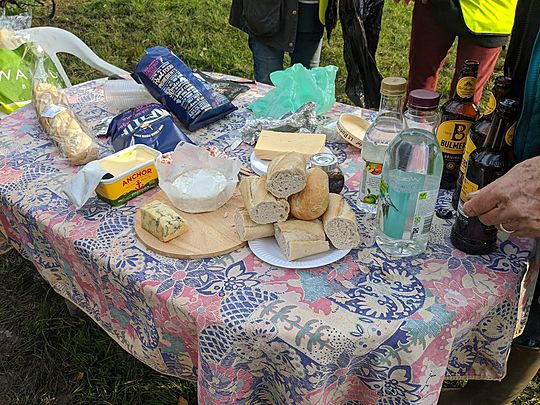 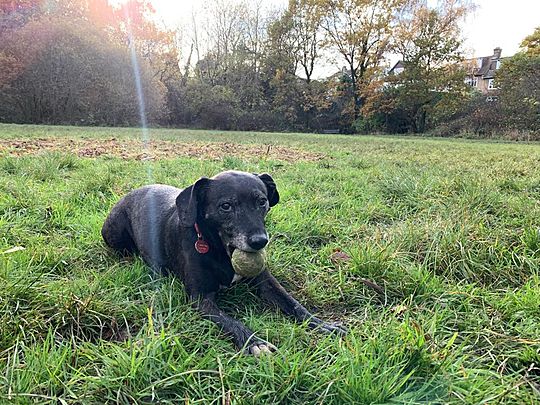 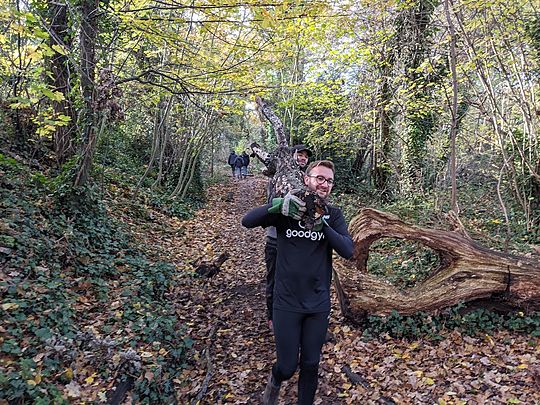 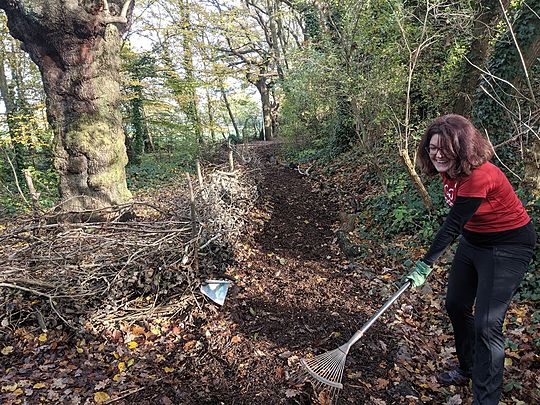 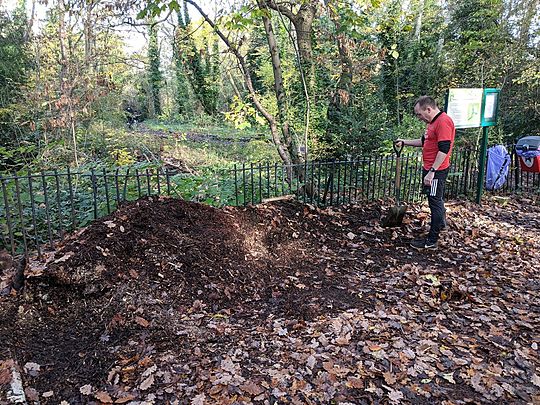 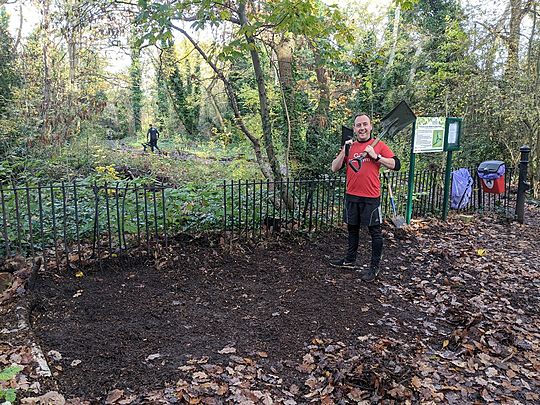 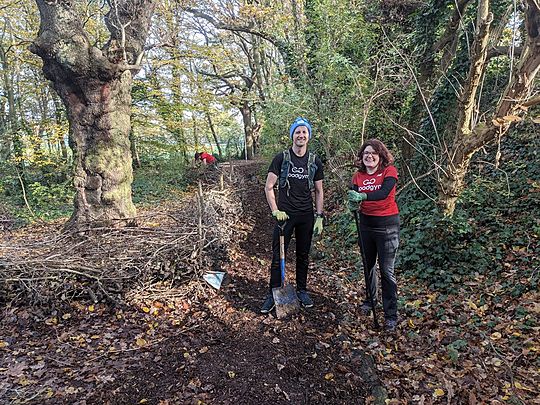 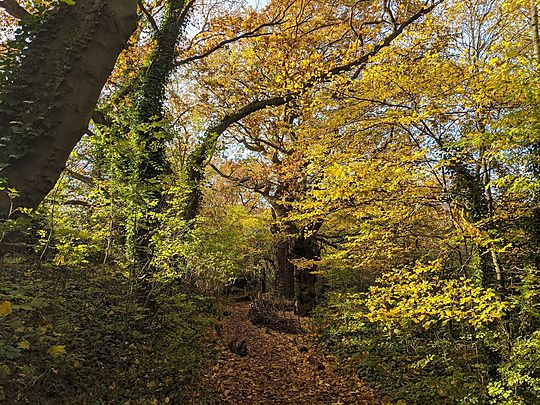 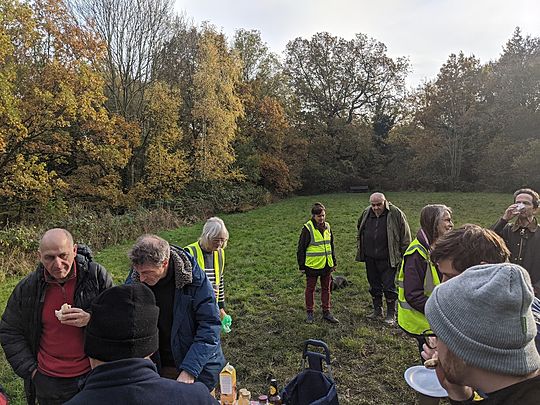 It's the third Sunday of the month so it must be time for the CREOS workday at Crouch End Open Space. GoodGym runners have been helping out the fabulous volunteers here for many months now, and we always seem to end up with great weather, today being no exception.

With a riot of autumn colours setting the scene around us we got to work on a real classic of a CREOS task - woodchipping. Which involved: transporting woodchip from the park entrance to the woodland paths by the wheelbarrow-load, where we then spread it out evenly in a nice soft layer. Many human and dog observers were impressed with our work.

So successful was our woodchipping that before long we had reduced the big pile to nothing. So we switched to helping other volunteers at the workday with clearing ivy and leaves from the sides of the pathways.

We then met up with all the CREOS crew for a nice post-task picnic and chat. They even shared their latest newsletter which features a nice writeup about GoodGym - a mighty pairing indeed!