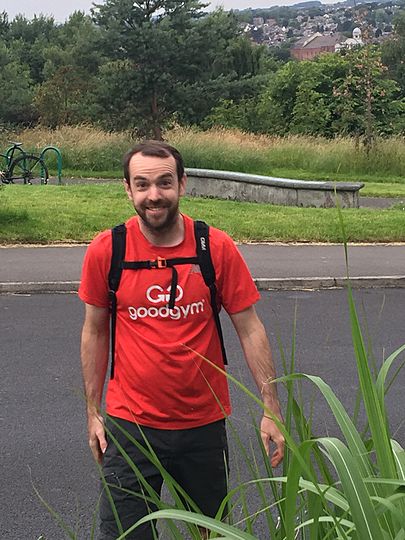 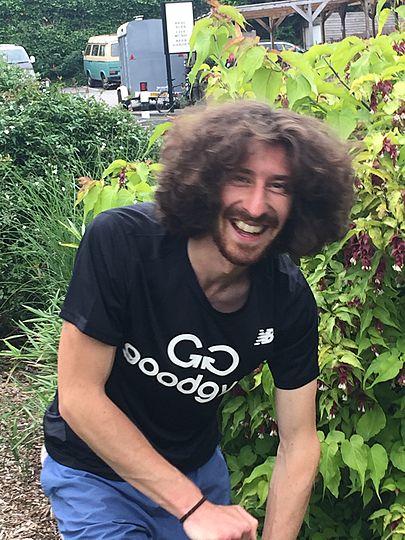 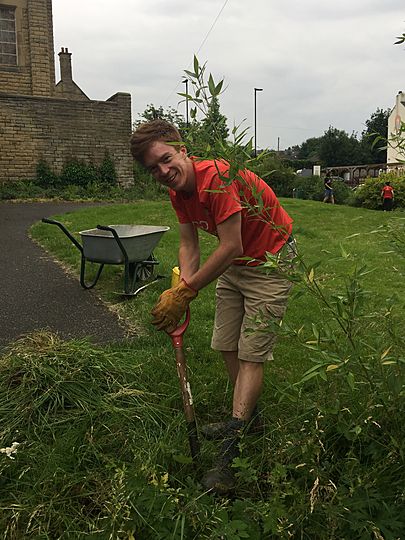 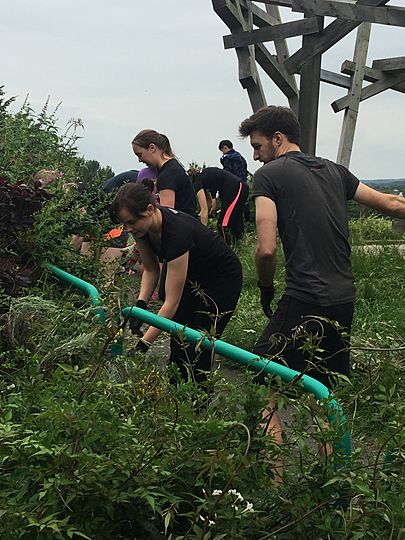 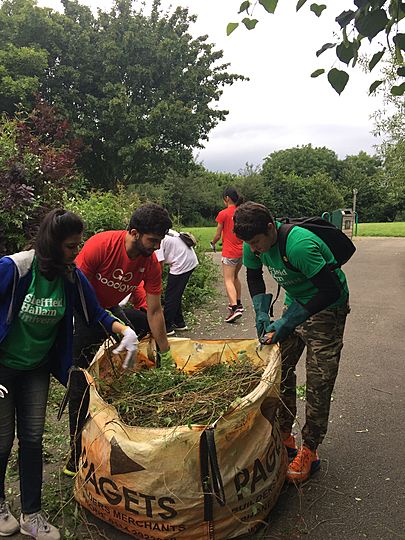 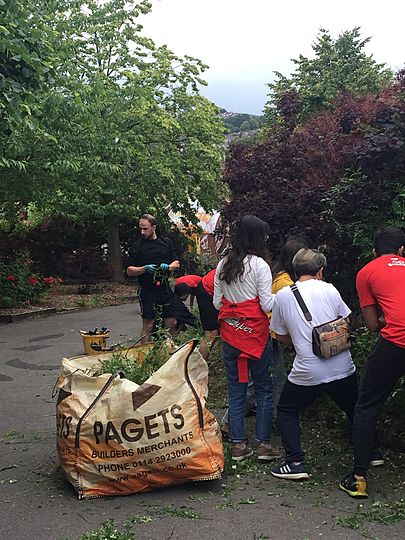 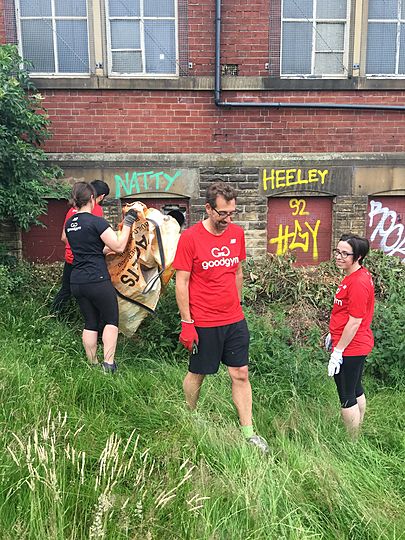 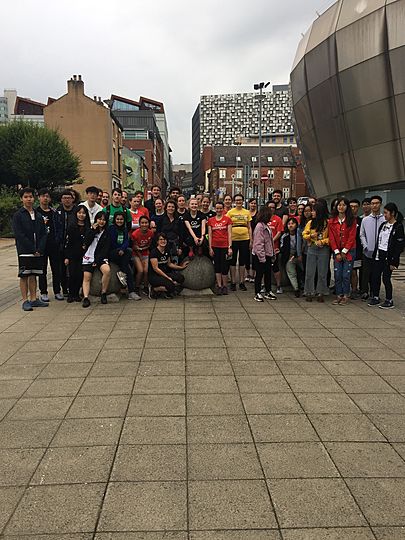 Once again it was time for our regular outing to Heeley Peoples' Park. Thirty-one Good Gym runners were joined by nineteen student visitors from Hong Kong and their chaperones, Serg and Afza, from Sheffield Hallam University. Once we were all gathered at the Showroom there was time for a quick briefing and a group photo before heading south towards Heeley. The group demonstrated a range of paces, but between Harris’s greyhound tendencies at the front and James’s stalwart backmarking, with help from Capable Kat and Long-Distance Dan in between, we reached the Birds’ Nest without losing anyone along the way. Rob, Bev and Frank, our friendly parkies, were waiting with dump bags, gloves, shovels and rakes and implements of destruction. After some health and safety guidance, swift binary fission saw Bev lead one half of the group head off to the Chinese Garden to deal with the dandelions, while Rob led his team into action dealing with sticky willy and other assorted weeds under the Smoke Bushes. With upwards of fifty people in action it took hardly any time to clear the undergrowth, dump bags were filled and taken to the compost heap, the rain held off and soon it was time to make our way back to the city centre for. A small, and probably rather confused, snail was briefly adopted by our guests, who had to be persuaded that ‘No, they couldn’t take it home’. A leisurely trot followed by a stretching session saw the end of possibly our biggest group run to date. Thank you all for coming and welcome to Claudia, Dana and Jacob who were with us for their first time.