Up Silt Creek Without a Paddle

4 runners ran to help the Foss Fairy Trail in York. 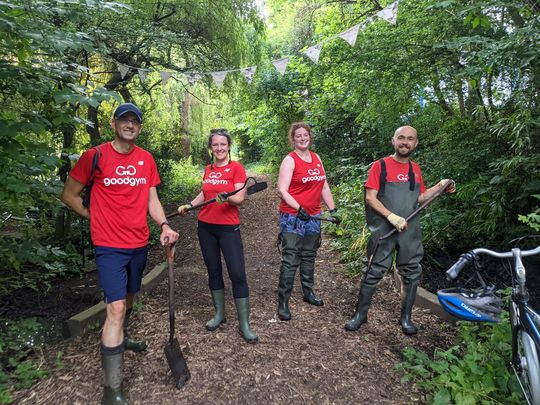 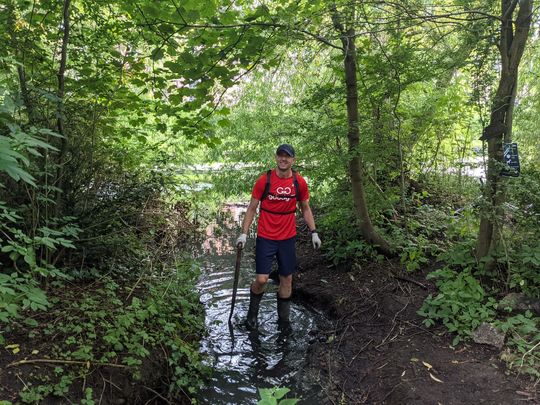 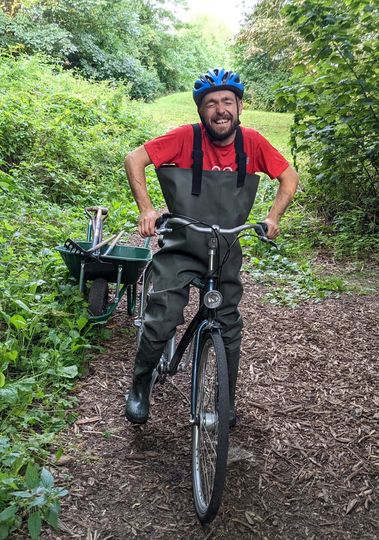 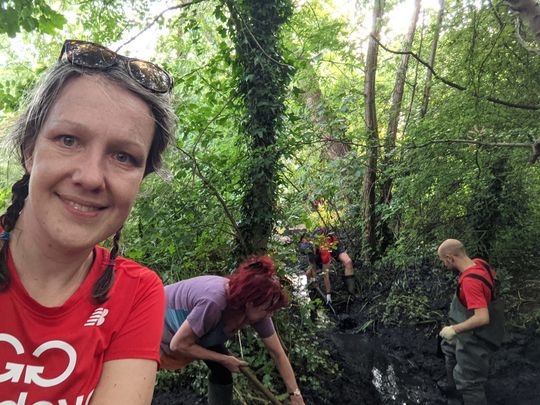 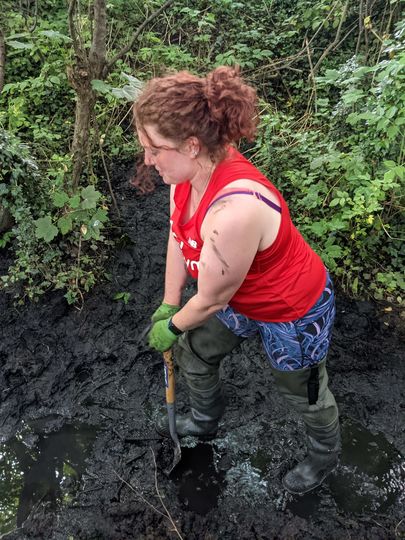 Four adventurous GoodGymers met in the woods along the River Foss to help out with some drain clearance. We were asked to help clear an old abandoned drainage ditch of silt and soil. This would make the area look nicer and improve flow.

Luckily we were prepared with our wellies as it was definitely a dirty and smelly task! I brought my waders along which may have been overkill, but I think they helped!

We all got stuck in digging up whatever horrors the ditch had to offer (mainly silt). Abi was especially stuck in, as everytime we saw her she had massive amounts of soil at the end of her shovel. Michal got busy unblocking a small culvert and Leanne removed many large boulders from the stream. It was certainly a task of brute force!

After an hour, we made a massive dent in cleaning the ditch. Whilst it wasn't 100% complete, we managed to remove a large amount of the silt and made a noticable improvement to flow. Job well done!