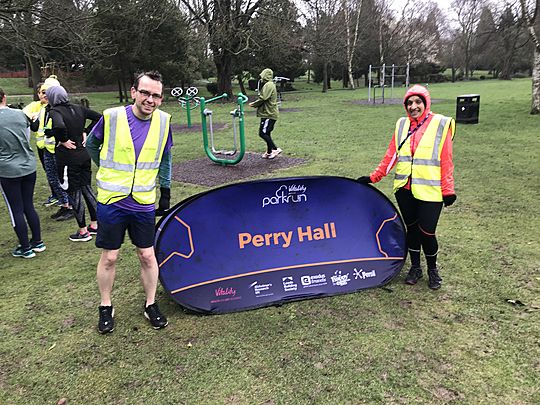 It was all GoodGym setting up the course for Perry Hall as I joined Bal nice and early in a still and mild morning. It was clear that this would be a wet and muddy one as the River Tame was running high, the usual puddles were at their deepest and the muddy sections where runners had tried to keep their feet dry were getting wider and incredibly slippery. However, all was well until we had put down the last of the cones and returned to the start line. Then the wind and rain came with a freezing intensity and we reunited with the other parkrun volunteers.

We both got to run today and I chose to go straight through the puddles, as the choice was between wet feet and muddy feet. Some of those who chose the latter ended up falling over so it really did look like a Tough Mudder in the end.