8 runners ran to help their local community in Crewe. 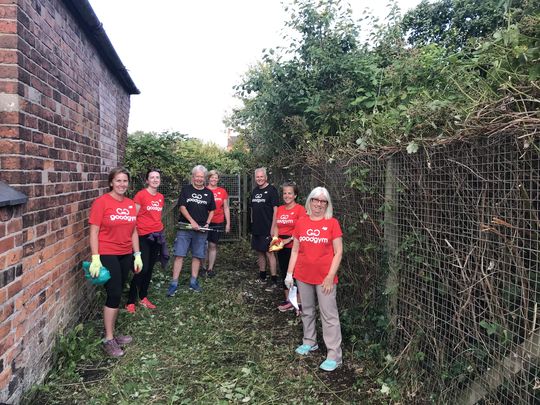 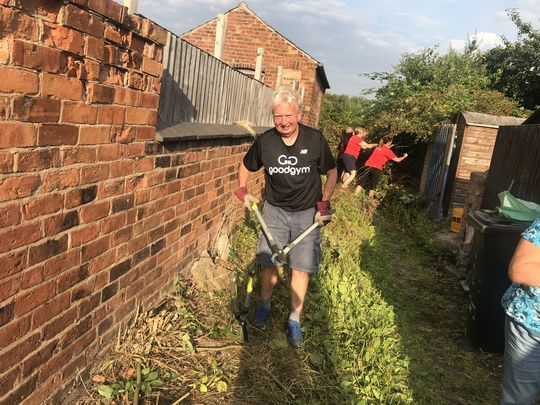 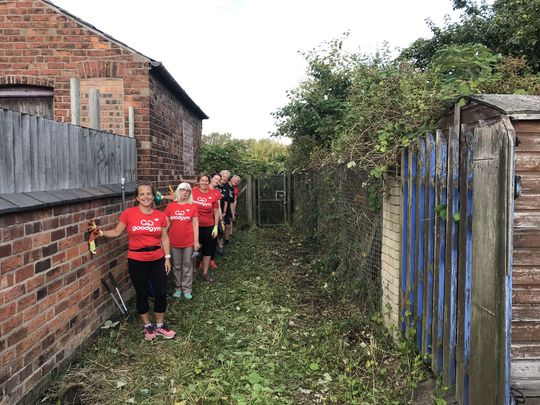 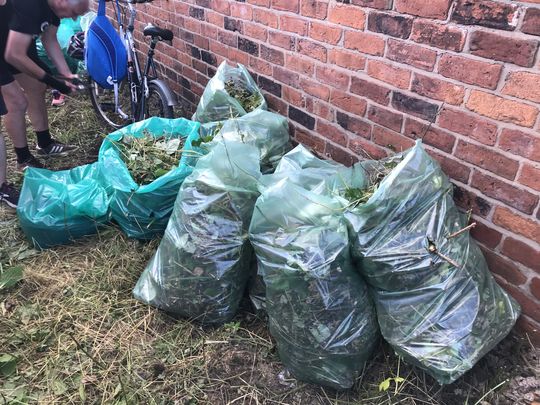 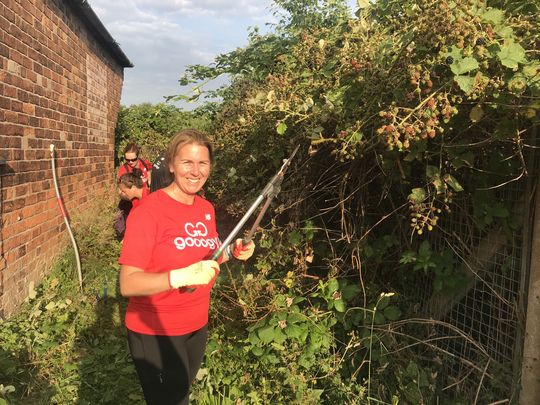 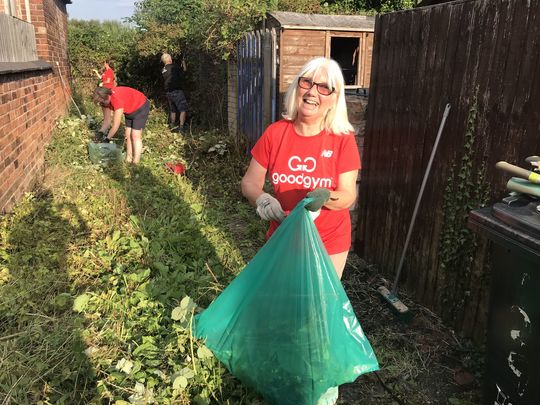 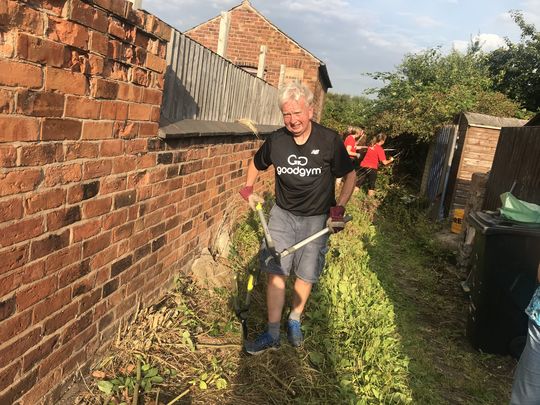 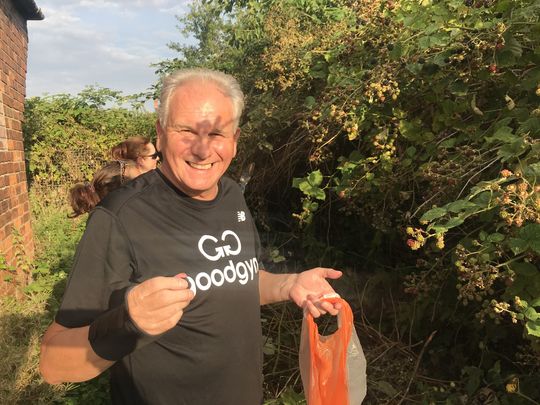 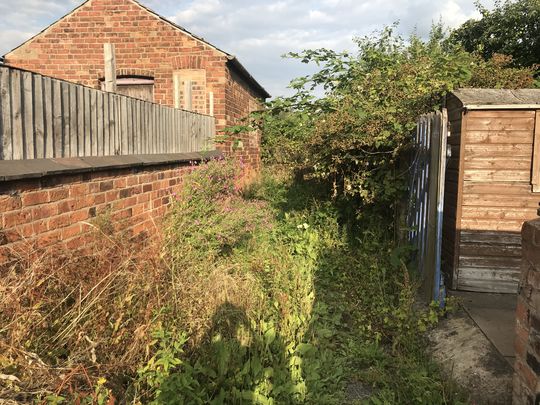 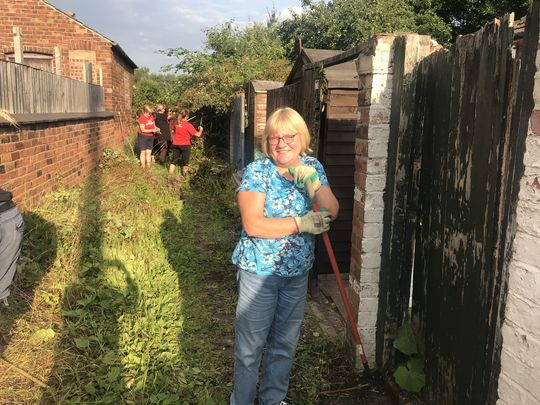 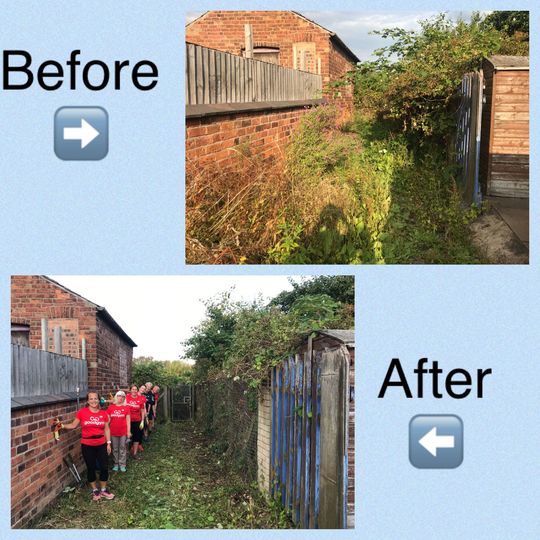 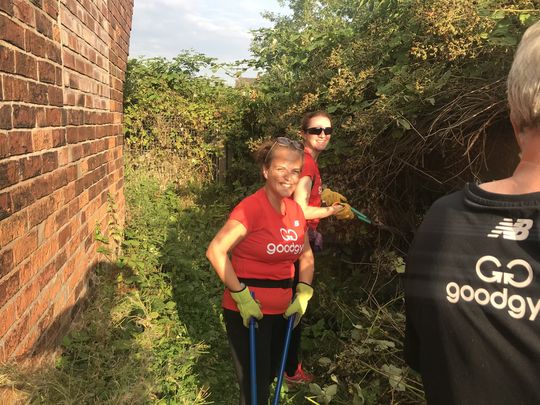 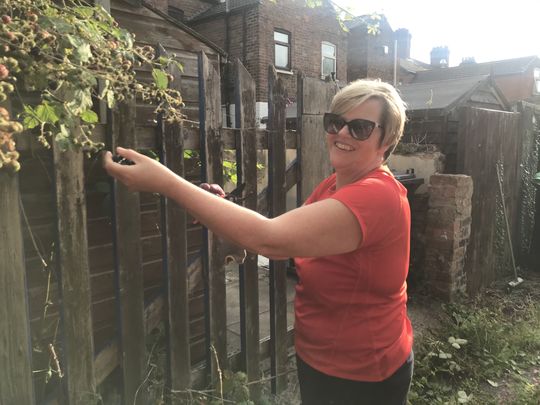 It's so true what they say - many hands make light work....

Tonight, 8 fabulous members arrived, eager to get stuck into a fabulous community task. It's fair to say that the job was quite overwhelming at first - we wondered how we were ever going to make an impact. The brambles were so overgrown down the alley..... it felt a bit like a scene from the castle in Sleeping Beauty!

As always though, we all got stuck in and cracked on with the task at hand. Maurice was a whizz cutting down the brambles, making light work with his hedge cutter - although judging by all the cuts on his legs, it looked like he'd been wrestling with them!! Karen, Emma Suzanne, Emily, Hazel and myself used the shears, the loppers and lots of elbow grease to chop our way through the overgrown brambles and weeds that grew on the path.

The bushes were laden with blackberries and it seemed a shame to see them go waste, so Nigel collected a big carrier bag full - will it be blackberry pie at the next task Nigel? ;-)

After an hour and a half of hard graft, the fruits of our labour were clear to see. Have a look at the before and after picture..... we think you'll agree!