They really leek-ed this high intensity interval tour of Wales

5 runners ran on a training session in Bristol. 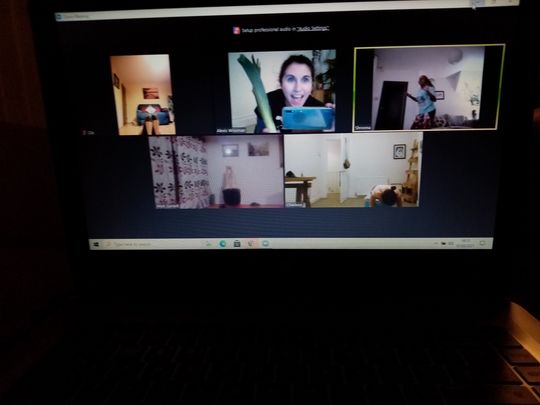 A welsh themed HIIT fitness session to mark St David's Day featured a grand tour of Wales and some Leeks (along with various other vegetables including avocados, carrots and peppers). In true runners style, this tour started with a park run sprint finish and some well earnt welsh cakes which could only be eaten by reaching out to grab from a plank position. Then paying their respects to the royals of Cardiff castle with some courtesy lunges before stopping off to watch a rugby game. Wales won the match with a few powerful high knee kicks and lateral throws. One too many celebratory pints in the pub resulted in some very loud "burpee"ing and then passing out into a plank position. After sleeping off the hangovers, they headed north where were faced with many Mountain-(climbers) and V-(sit)alleys to cross before reaching the base of mighty Mt Snowdon. On their way they battled through herds of sheep, and fought off ferocious dragons with their super high knees and power punches. After some very quick rope climbers they eventually summited the top of mountain and took in the 360 degree panoramic views with a round the world plank! This was quite breathtaking to say the least! But it was not over yet.....as a reward for conquering the 1085m high summit, they were treated to sets of 10x, 8x and 5x burpees, abdominal crunches and press ups. Wale(s) done everyone for a really great effort! I hope you leeked the tour.