11 runners ran to help the Surrey Docks Farm in Southwark. 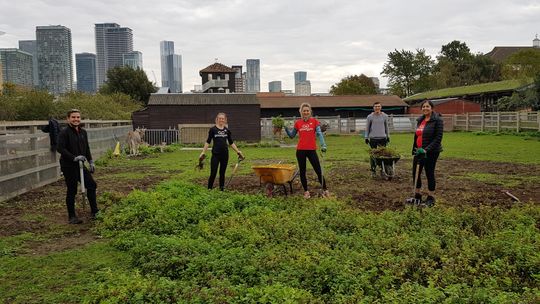 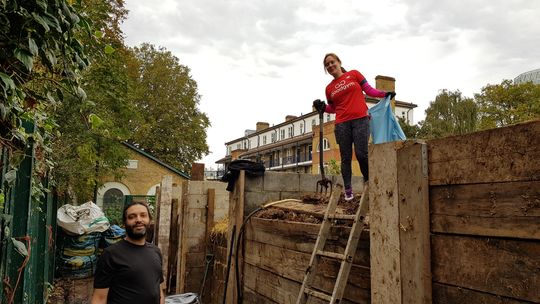 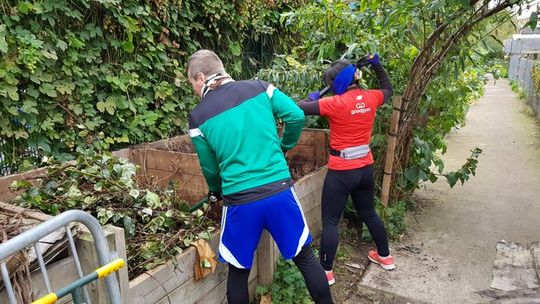 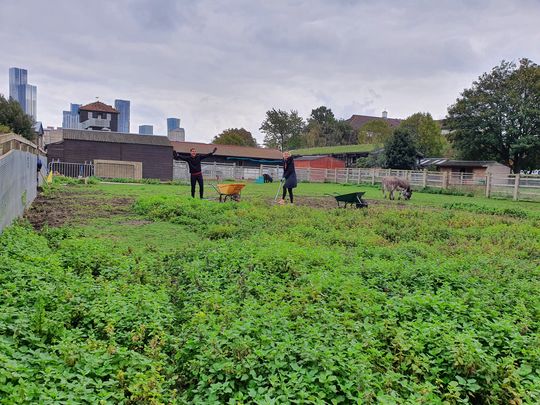 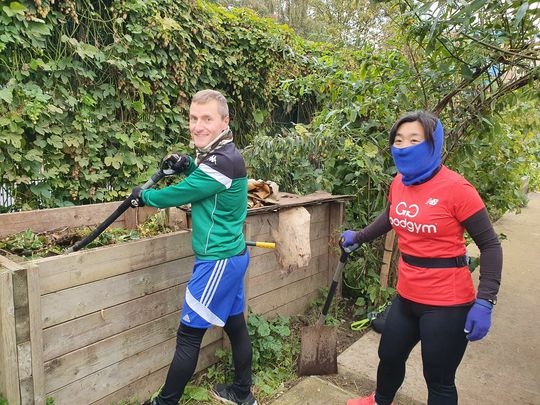 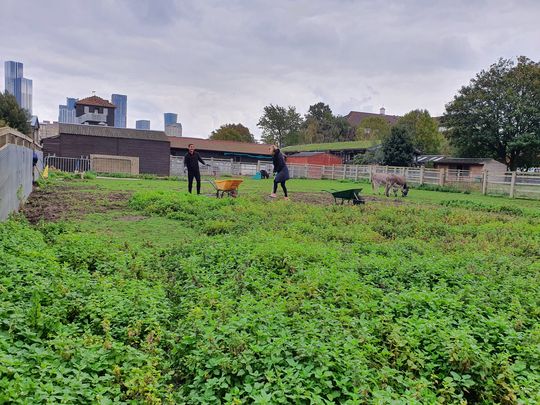 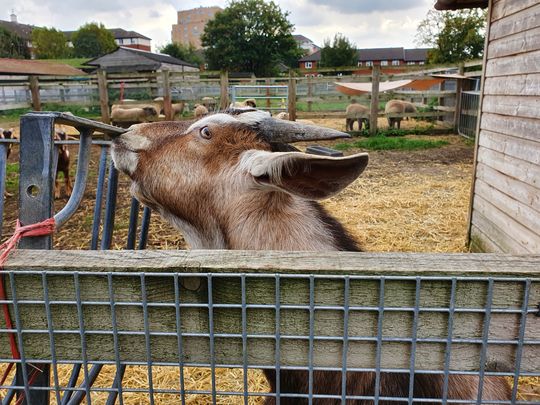 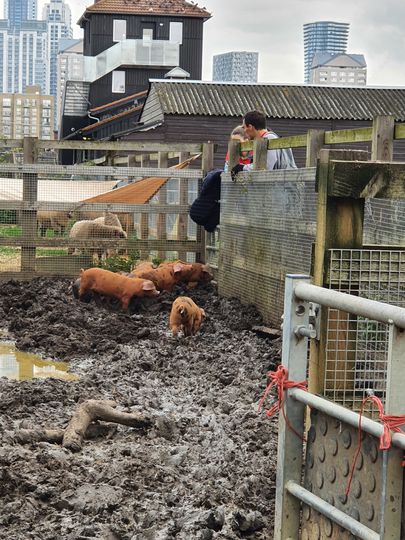 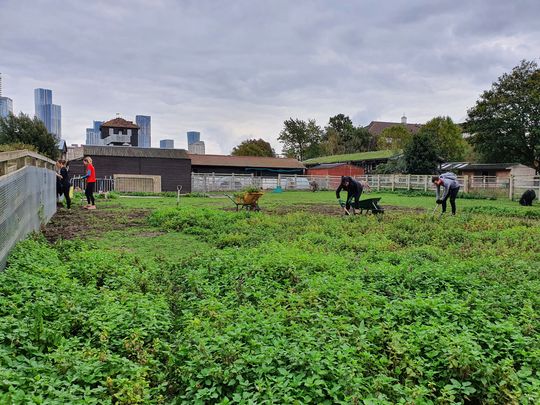 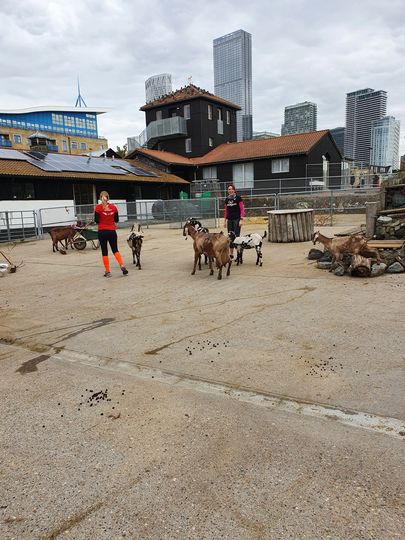 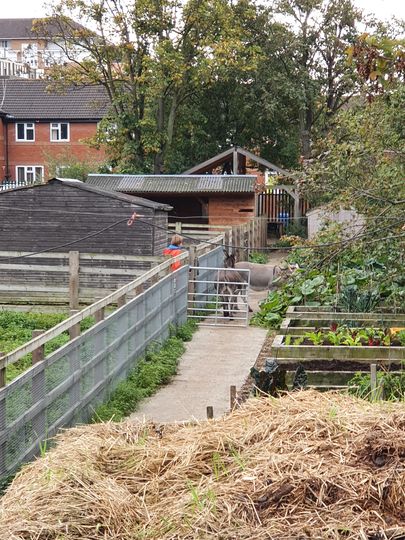 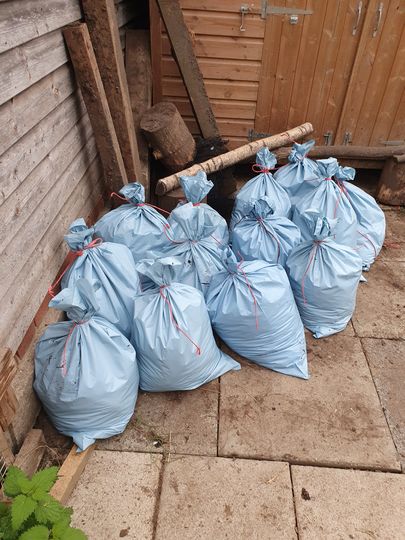 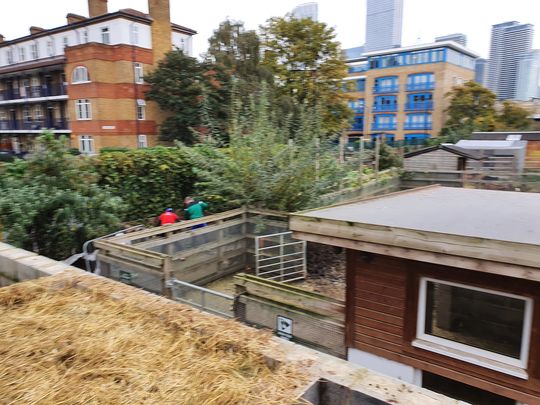 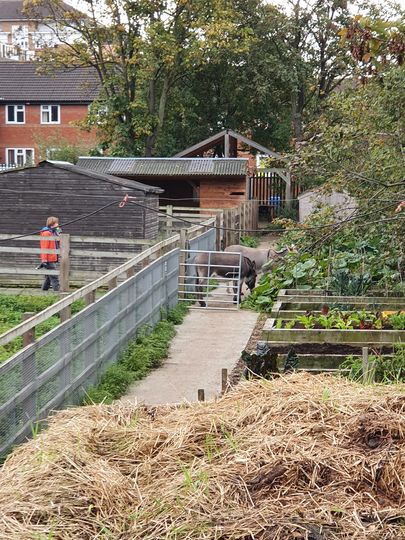 GoodGym hit the farm again this afternoon for some more poo-shovelling and weed removing fun.

Bex had four different tasks for us. Lenka and Lorna hit the goat pen to shovel their poo and get some goat cuddles.

Mayuko and Richard got the tough job of breaking up the compost. Bex was blown away by what they got done.

Louie and I jumped on the muck heap to fill up bags of manure to be sold to the public. We were told that last time GoodGym managed 12 bags, so we were determined to beat the record. 13 bags down and we called it a day!

Sam, Isabelle, Alex, Sree and Rosie went to the donkey field to continue what we started a couple of weeks ago, and clear the nettles which are too nutritious for the donkeys to eat and are giving them colic. There was added excitement today as the donkeys and the shetland pony joined them in the field.

I had a great view of everyone working away across the farm from the top of the muck heap. This was rewarded with a bit of excitement when the donkeys escaped the field and started rampaging through the allotments! It was all very dramatic. The livestock team were called over from the other side of the farm and Louie, Richard and Mayuko had to make a donkey barrier to stop them getting further. Luckily they were eventually recaptured, and with only a few damaged squashes and nibbled chard as collateral damage.

After a couple of hours solid graft, some goat selfies and admiration of the piglets, we wound down for the day. Thanks for all your hard work!

Report written by Anna B

Love the pun!!! Great report too, thanks Anna 😊