9 runners ran 3.0km to help their local community in Bromley. 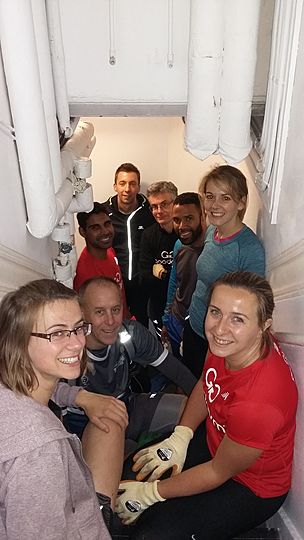 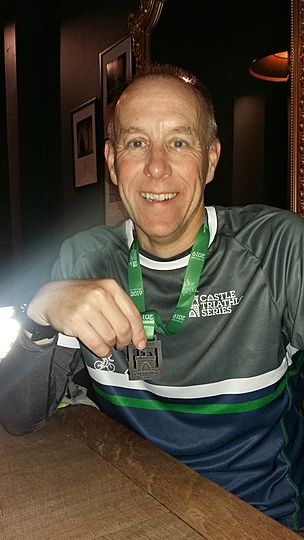 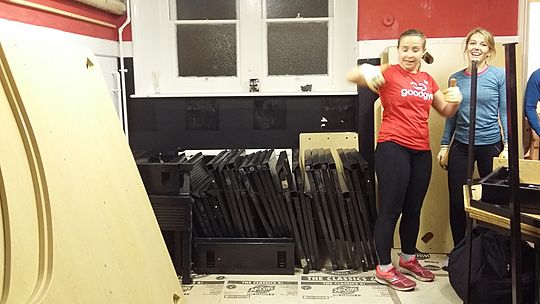 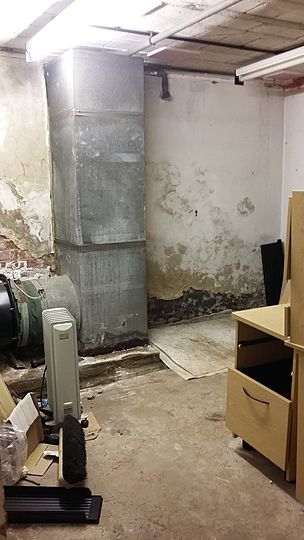 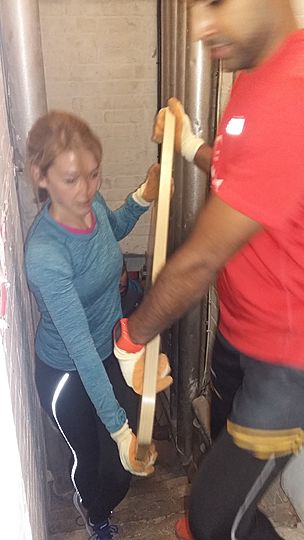 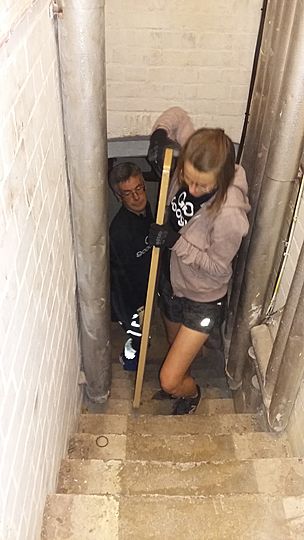 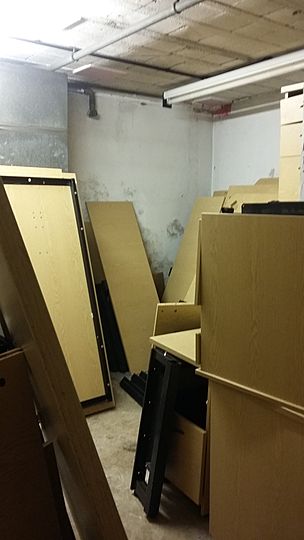 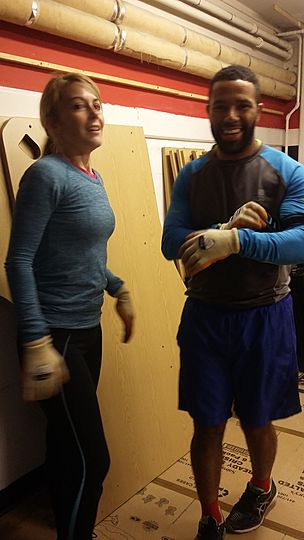 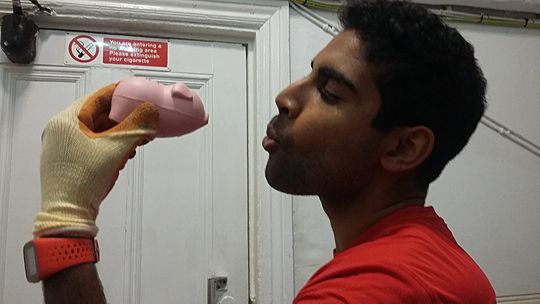 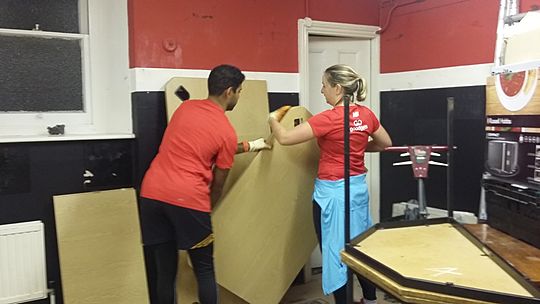 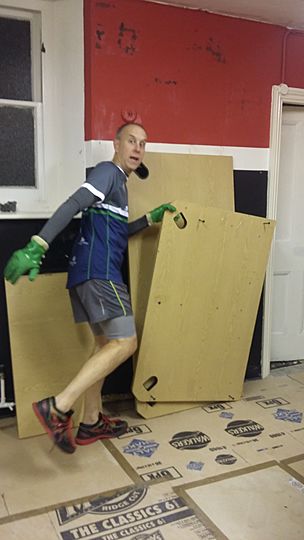 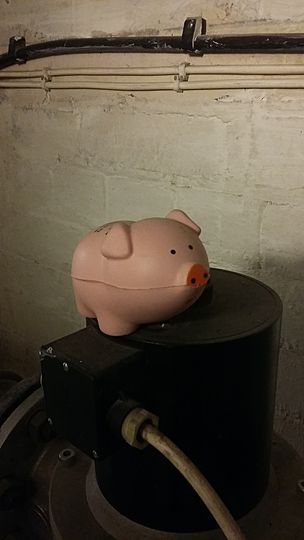 Run leader 101: don't leave one of your group behind.. Oops, sorry Bradley!

A big Bromley welcome to Charles and Amy, who joined us once they had negotiated the 2 rather large, albeit friendly, dogs who had settled near our table in the Bridge House. Congratulations to Ian who was proudly showing off his medal and top from the Hever Castle triathlon series (and thank you for the pun-spiration), and to Bradley who had finished seventh in the Kingston half marathon, to go with his first place in the Lee Valley Velo Park 10 miler a couple of weeks ago.

The darkness and sogginess of the park was even darker and soggier than anticipated, so we did a quick warm-up under the street lights before heading off on a short run to Anerley Town Hall where Robert was waiting to meet us, along with Hannah and Bradley.

Our task for the evening had a sense of reverse deja-vu about it, if there is such a thing. We had carried dismantled desks from the old library space down into the boiler room in the basement on a task last year; this week we were carrying them back up the stairs, then back down another set to store them in a newly cleared room. Headroom was an issue but amazingly we managed to keep heads intact.

There was a yoga class going on in the room next door, so we had to be quiet as we worked, which added an extra challenge to the task, especially for me. Bradley took control of the packed out space and we started off with a human chain system, but this soon went awry as various parts of desks of differing sizes and weights started to appear up the stairs. I found a pig-shaped stress ball in the basement, which will be incorporated into a future fitness session, watch this space! It was amazing how much space we managed to clear in a relatively short time, Robert was delighted with the progress we had made, with only a few more pieces left for him to move.

We took a slightly longer route back to give our legs a stretch, with a deviation into the not-so glamorous Penge Homebase carpark to do a wall-sit (which Reece 'won'), in place of the planned fitness session in the park, which was reconsidered due to the puddly paths. Next week's won't be so light and weather-dependent, I promise.

Next week we are heading back up to the Upper Norwood Methodist Church to continue clearing their outside space. Lights and head-torches at the ready, and it CAN'T be as wet as last week. Sign up here.