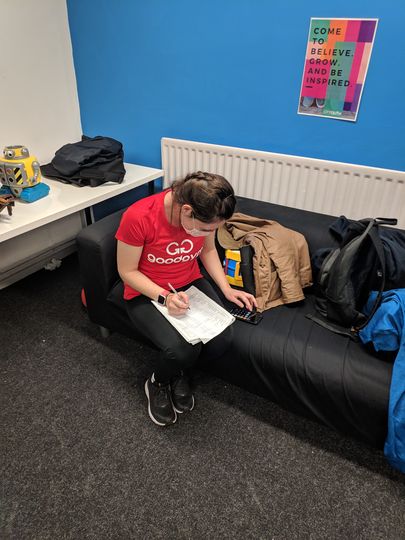 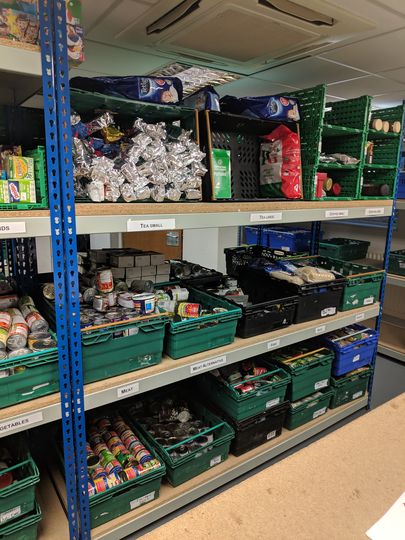 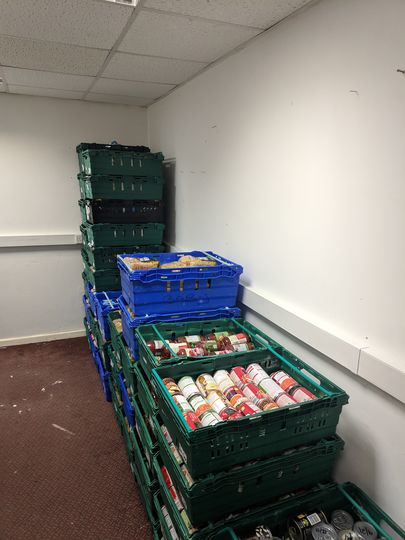 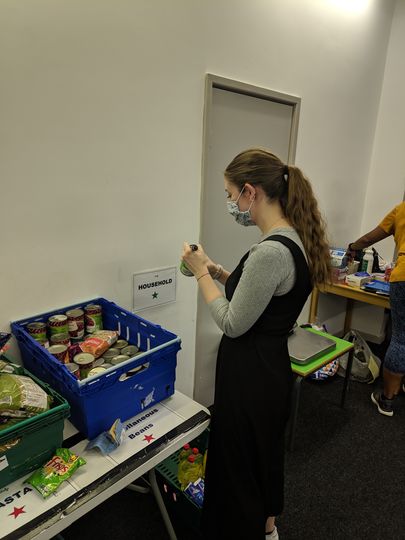 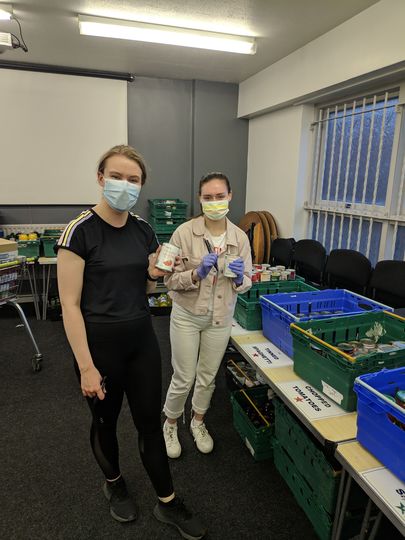 4 GoodGymers combined with a mix of other volunteers tonight to help sort donations for Birmingham Central Foodbank.

Louise, Poppy and Holly got started with the weighing and sorting of donated items along with some of the other volunteers, whilst myself and a few others undertook a bit of a stock take and moved boxes of donations to different areas depending on their use by dates.

There was quite a few volunteers present tonight, including some who were new, and this was great to see (and we still had good space to work in).

There was also some promotional filming tonight to highlight the work of the food bank and hopefully entice more volunteers. Louise and Poppy very kindly got involved with an interview for this, as did a few others, and we were all filmed in the background undertaking the various roles.

I went and took some some photos of the GoodGymers in action / posing for the report. Louise was showing great maths skills when I interrupted her and made her have to count over - sorry Louise; whilst Poppy and Holly were hard at working dating the donated goods.

Overall, the session went by quickly and we managed to get through a lot, which enabled us to sub-sort donations into 6 month brackets and do some more stock replenishment. As the saying goes, many hands make light work and it was great to see everyone.

Thanks Ben, great report! Nice to see you this evening, don’t worry about interrupting my counting haha :)