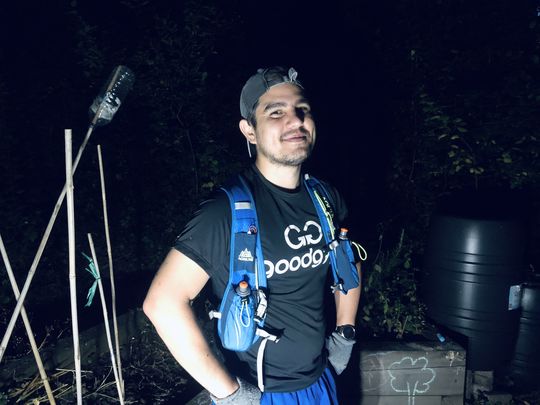 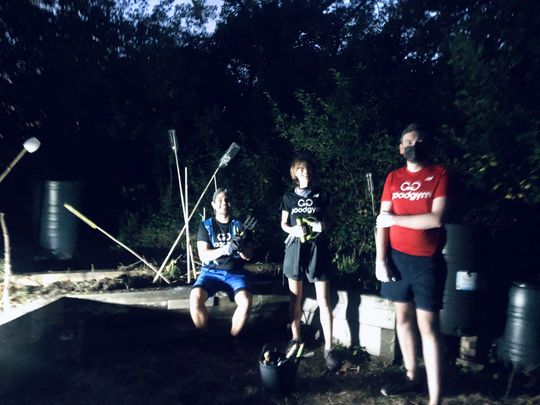 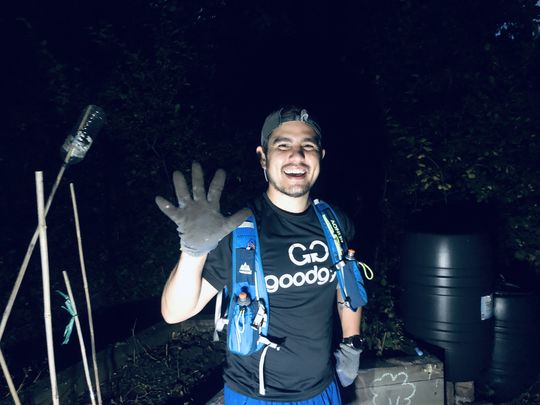 He absolutely smashed that target, by 3 months and 16 days, and chose to spend it at a humble GoodGym Bromley group run, weeding a planter in Crystal Palace park's secret garden. What a hero.

May the 4 be with you

Tonight's four(m) troopers met outside the Bridge House, we went for a quick jog around the park, discussed the cooling drinks we would have at the pub afterwards and got a bit sweaty 🥵 It was nice.

We then met Penny from the park who gave us a couple of tasks:

1️⃣Nick and Hannah got to work sorting the container which had a bunch of tools in but lots were out of place. They were done in no time!

2️⃣Sam and I were in the secret garden (forgot to bring masks....) digging out weeds from a planter and trying to avoid the rosemary!

And if you were wondering where the Star Wars puns came from...

Afterwards, we decided to go on another loop of the park, this time all the way up to the top where the Royal Philharmonic Orchestra were delivering a concert of John Williams' scores. We couldn't see them, but we heard them blasting the Star Wars Main Theme 🚀

Great work guys and a huge congrats to Sam for doing soooo much good. Enjoy the new t-shirt 😉

Awesome run report Mark! It's been quite an innings with GoodGym and I can safely say that it's 500 and not out 🏏 (Joe Root got nothing on me 😜). Still plenty of good deeds in me and fortunate to meet such incredible people (those who join GoodGym and those who need their services). As friends and colleagues tell me, you have enough good karma to live long and prosper (wait, that's not Star Wars...) 😉