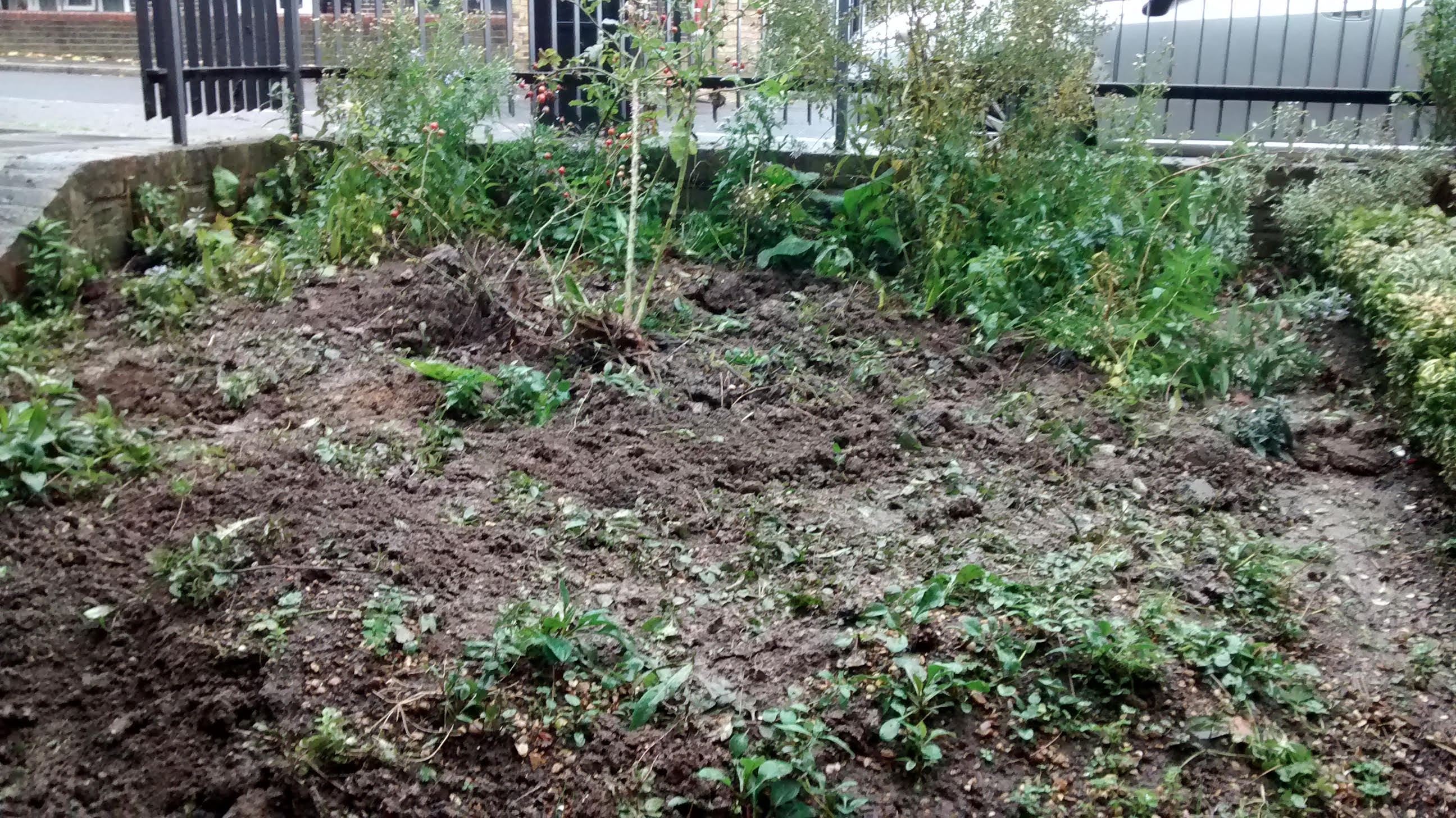 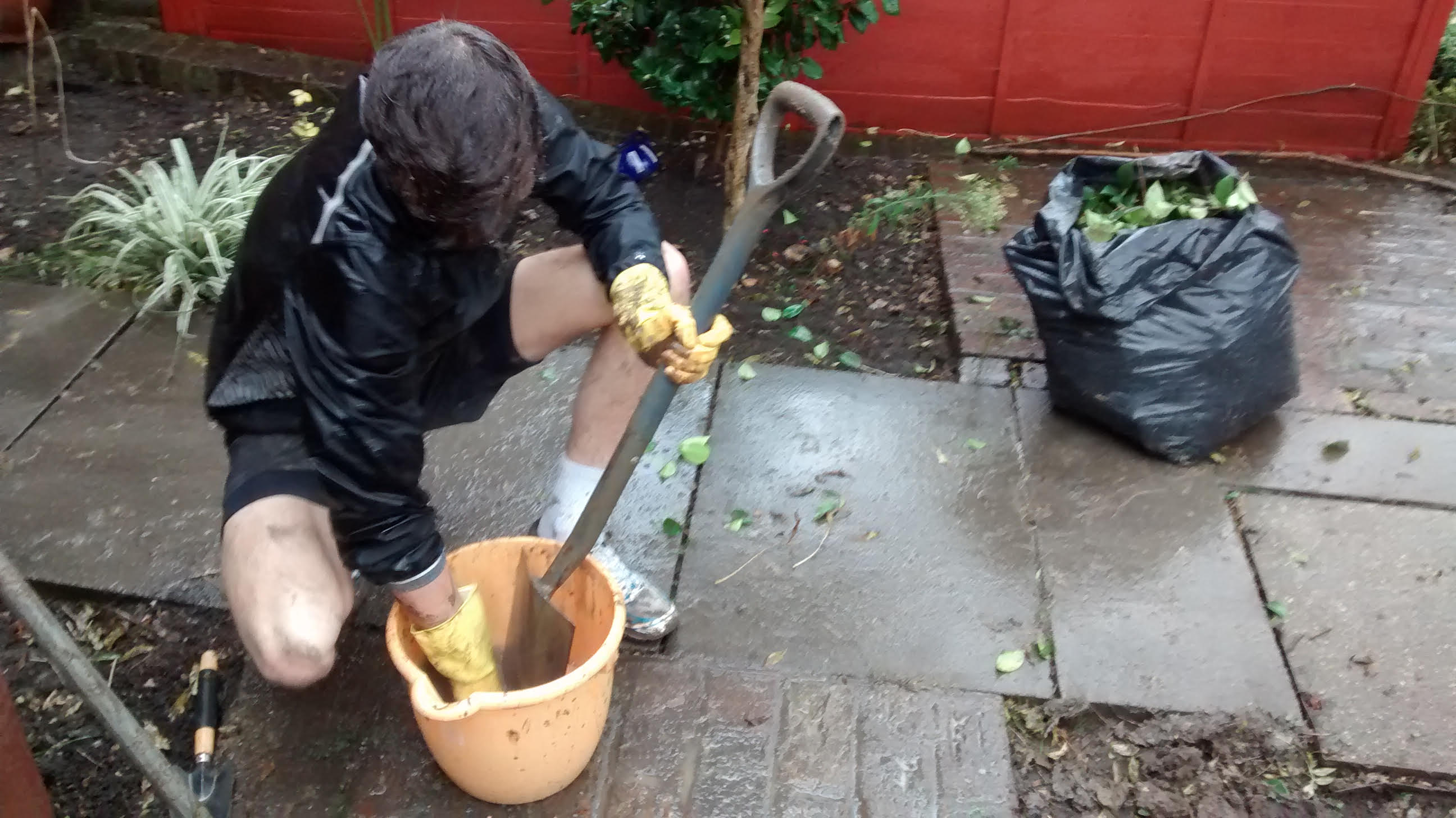 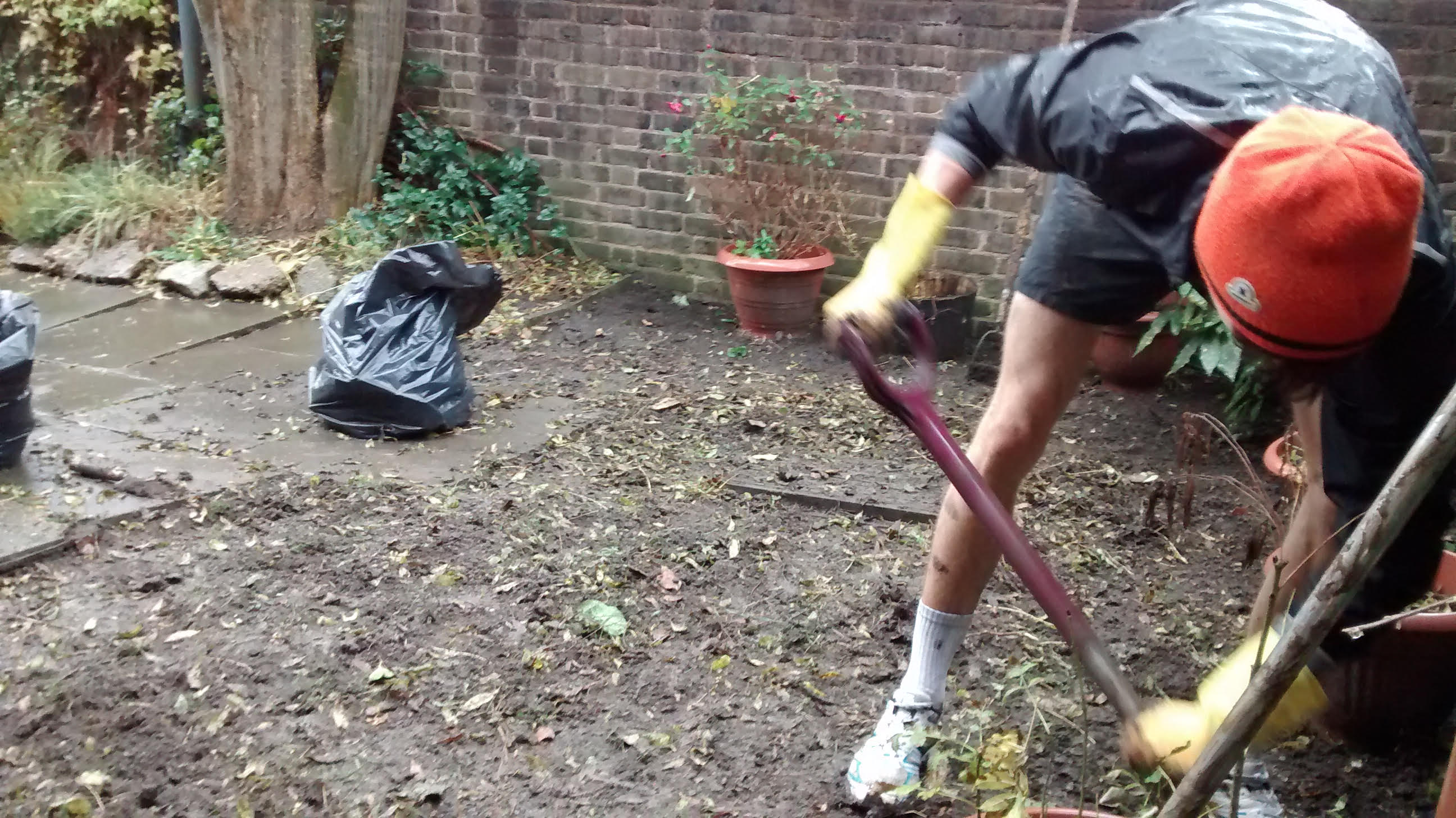 It was 10am on a Saturday morning, outside it was 8 degrees and raining, if this was any other Saturday, you might have found us still in bed. Anthony and I however had signed up to a Goodgym Mission (possibly before checking the weather!). The mission was to help Mrs G, who is elderly and blind with tending her garden.

Mrs G's garden needed a bit of weeding and sweeping up. Having been on several gardening missions, I was appointed Head Weed Identifier, however horticulture was never my strong point. Two hours, four bags of waste and a lot of mud later, Mrs G invited us in for a tea and a nice chat.

If it wasn't for the motivation of helping out someone who needed it, I wouldn't have gone out for a run, in the end, I improved my health, did some good and felt great afterwards. For Anthony, one good deed wasn't enough and he went off to another Goodgym mission helping to sort a shipment of food at a food bank.