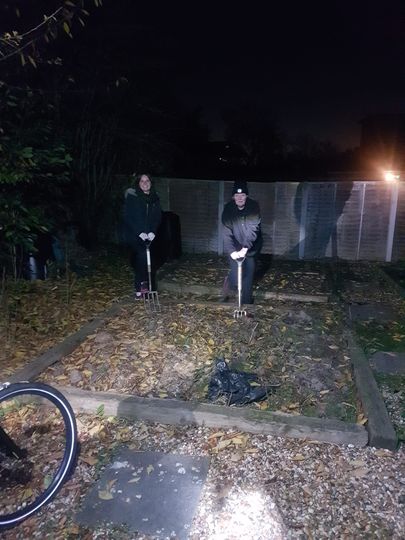 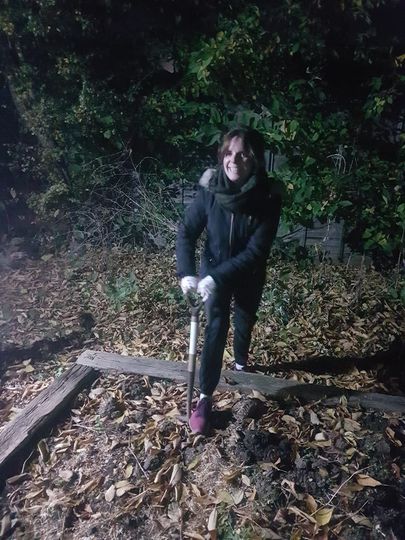 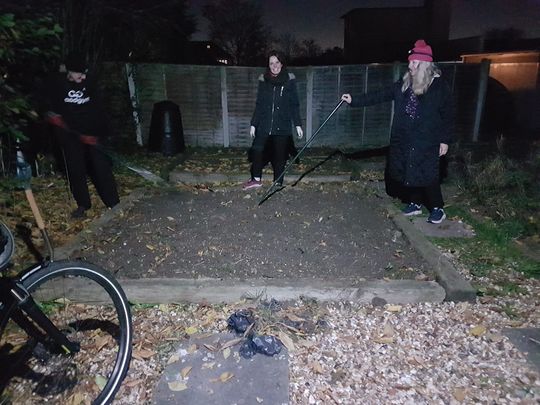 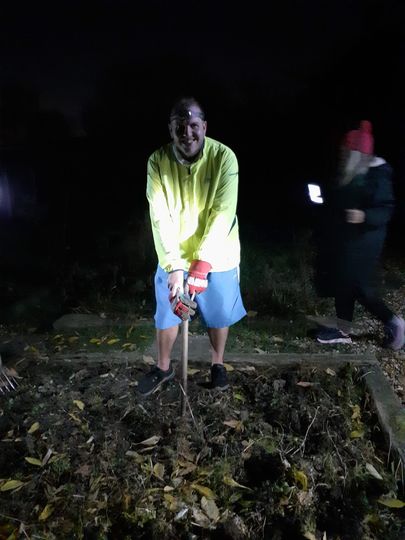 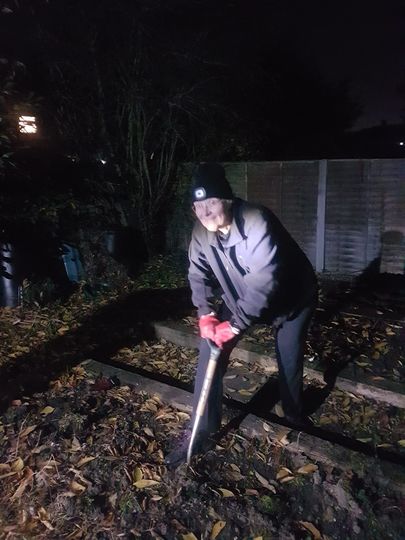 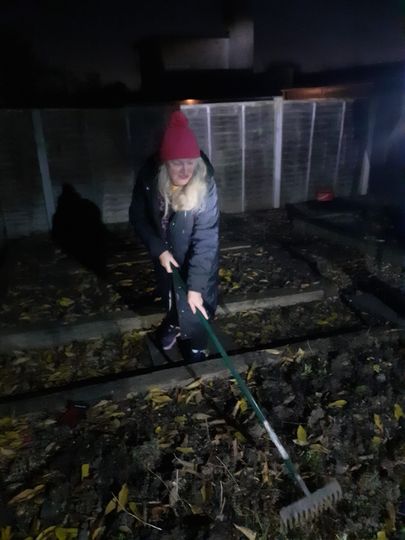 Linda was walk leader and I was run leader, since there was only Hélène and myself running and we both came by bike and we forgot the "key" to the station door we went on a bike ride instead. Linda went on a walk by herself, Sharon came later...and we dug and raked the beds then had some cake afterwards, which Sharon bought (made up for her coming later 🤣)

Well done everyone for getting out there on a cold and dark night for a good cause! Thanks to James for a short but very much to the point report!:)

Nope! Cake did not make up for me having to walk on my own…next time bring chocolate…lots of chocolate 😂