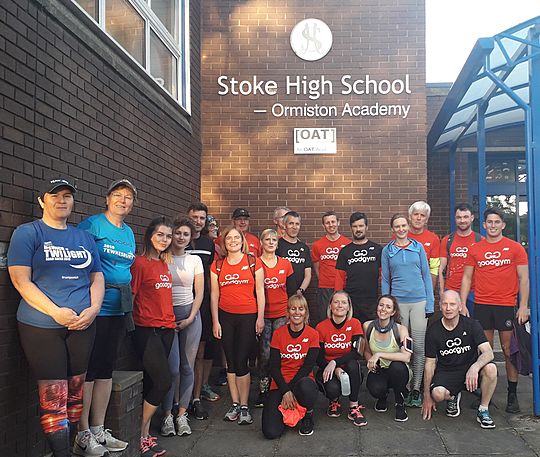 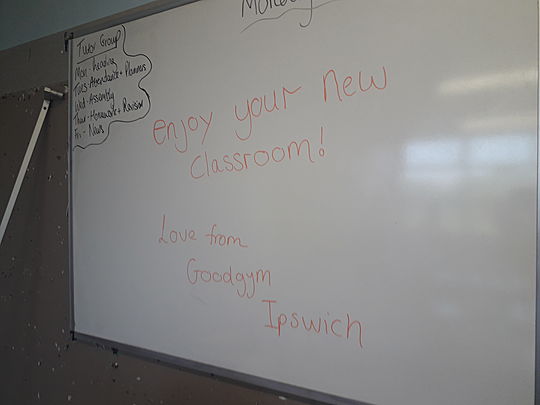 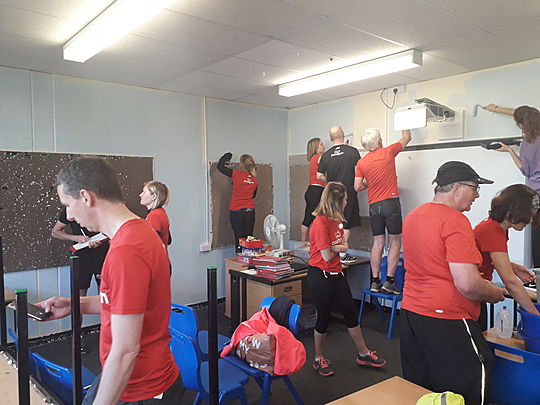 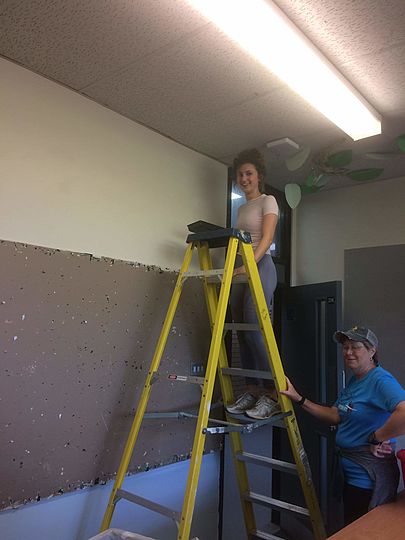 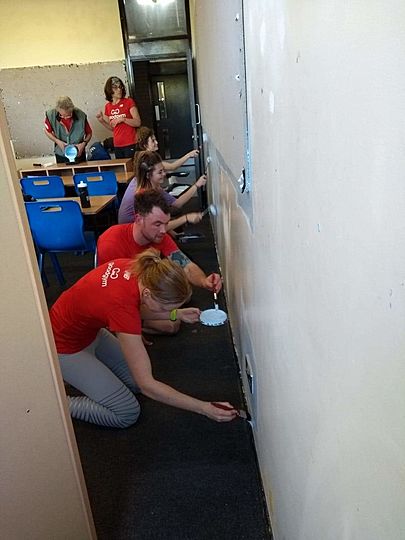 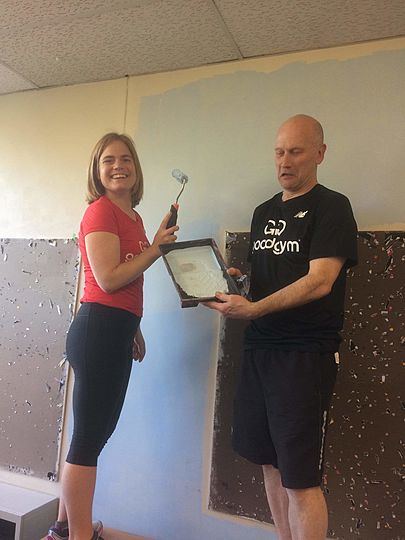 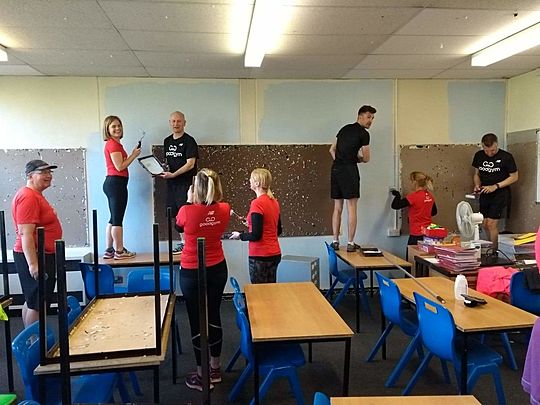 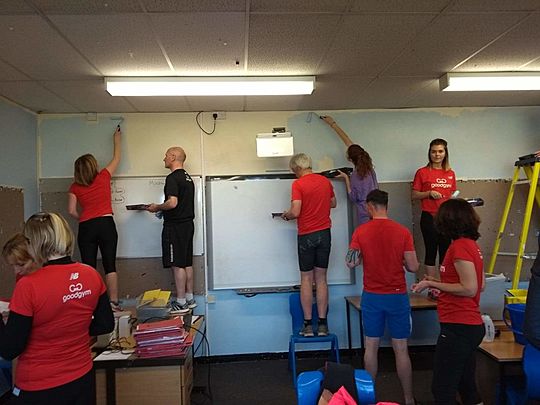 Also massive congratulations to the same Andrew in reaching the 50 task milestone - the 4th Ipswich member to earn the coveted black shirt!

So, when I (eventually)arrived the task was well under way....and what a turnout - probably the highest attendance since our launch. Everyone was getting stuck in to the job of painting a classroom. I've never sen so many goodgym t-shirts in such a small space!

The task was set up by Andrew (a different one to our new black shirted Andrew) the school Head Teacher with the aim of making the room much brighter for a new teacher at the school. With so many hands the job was completed within 40 minutes and we headed off to run back to base which included a fartlek interval session along the Waterfront and taking in part of the Twilight 5k race route many of the group had done on Saturday with great success.