1 runner ran to help their local community in Hackney. 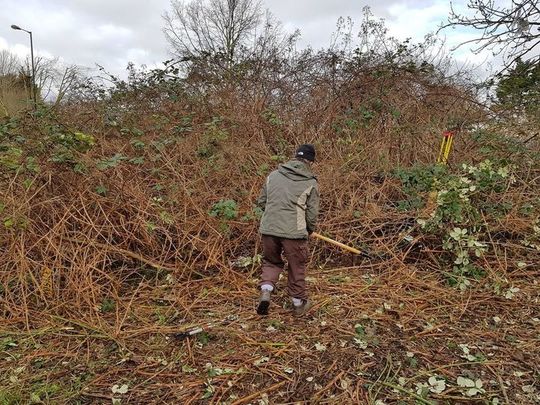 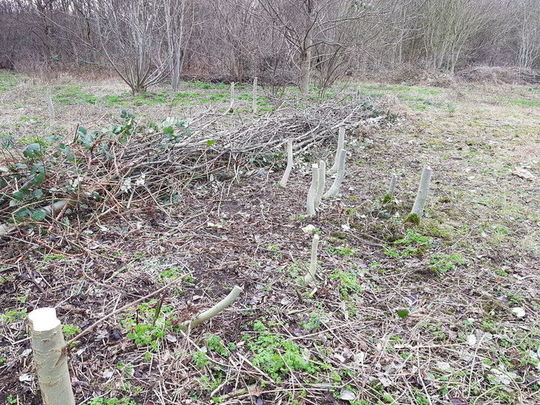 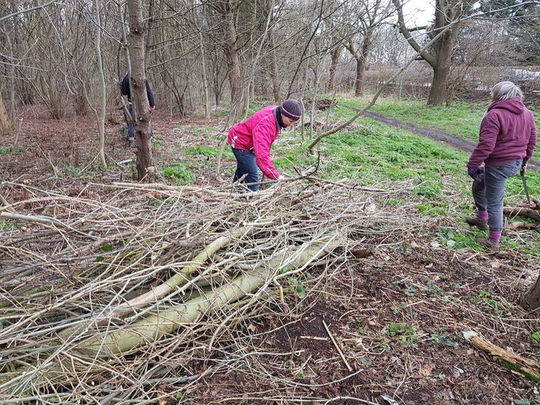 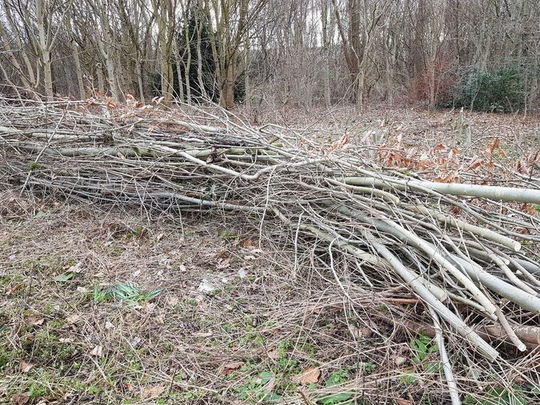 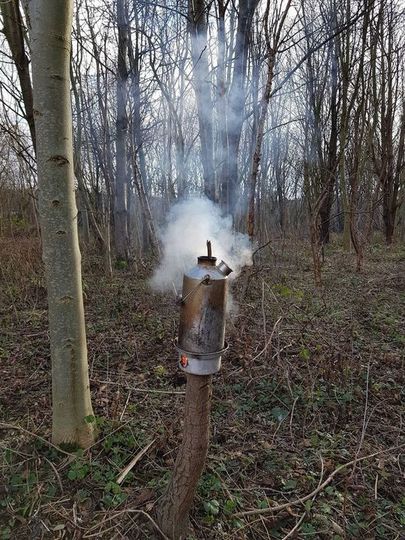 One Hackney GoodGymer spent the day helping the Tree Musketeers with woodland management in the Wick Woodland.

Eva joined a group of eight volunteers called the Tree Musketeers, a community group who care for the plants and trees around Hackney and regular calling point for GoodGym Hackney on group runs.

The group heading to the Woodland Wick just opposite Hackney Marshes and set about clearing the woodland edge, to make a more varied habitat for the animals in the area and increase biodiversity. Initially they had the daunting task of clearing four patches of vicious brambles armed with loppers. The group also cleared rubbish as they went, seperating out a big bag of recycling. As they cleared the woodland floor they were rewarded by a view of a little vole in scurrying around.

After a couple of hours of hard work, they stopped for a tea break - made using the excellent kelly kettle and a small fire from the dead twigs we were picking up as they went along.

Then it was back to work as the group set to felling some small trees around the edge of the wood to allow the sun to reach the lower levels of the forest floor. We learnt different techniques for felling different sized trees, timber! Next, Eva used the pole-saw to cut several branches off the larger trees surrounding a lone apple tree, hopefully creating more space for the sun to reach the fruit tree, allowing it to thrive.

The group stopped for a packed lunch, over which they quizzed Eva about GoodGym and the tasks we had done in the local area. One volunteer was a Trustee as Abney Park Cemetery - another regular spot for GoodGym Hackney - and knew the group well so passed on her thanks to everyone for their hard work there!

As we've come to expect from the Tree Musketeers, there were also some amazing home cooked goodies, with one volunteer bringing homemade fruit and seed bakes to share with everyone.

The last job for the day was to take all the branches from the trees we had felled and pruned, and weave them into a deadwood hedge, to make a new habitat for some smaller animals.

After a hard days work, everyone packed up the tools and left for a well earned rest, leaving the woodland looking great, but with plenty more to do on return visits! See the website here for more details if you're interested in helping out later in the month: http://sustainablehackney.org.uk/tm/programme