No tricks but plenty of treats 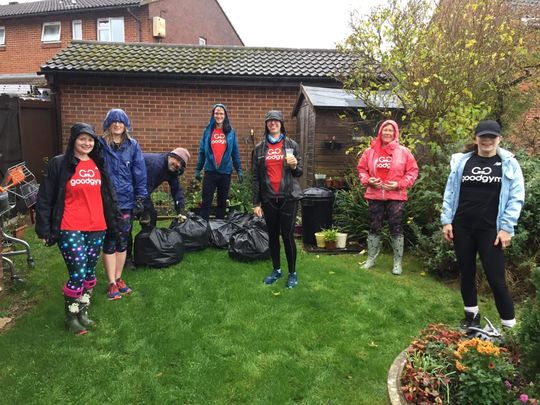 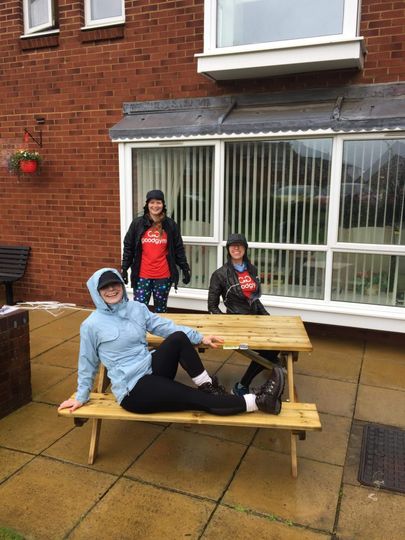 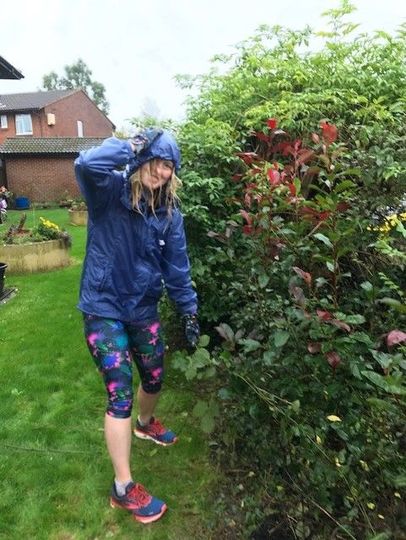 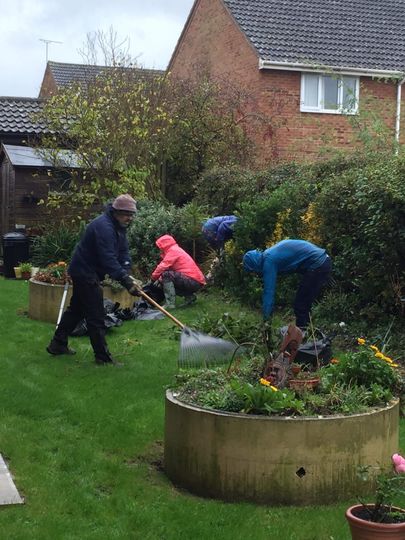 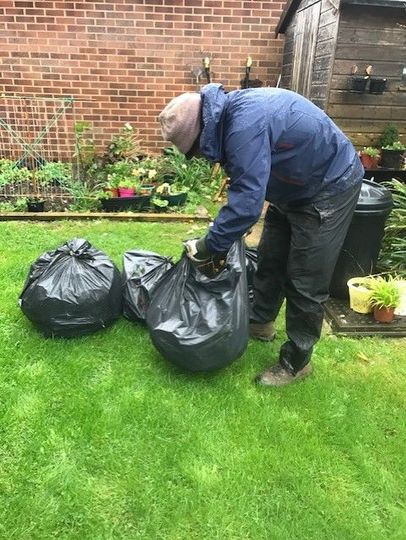 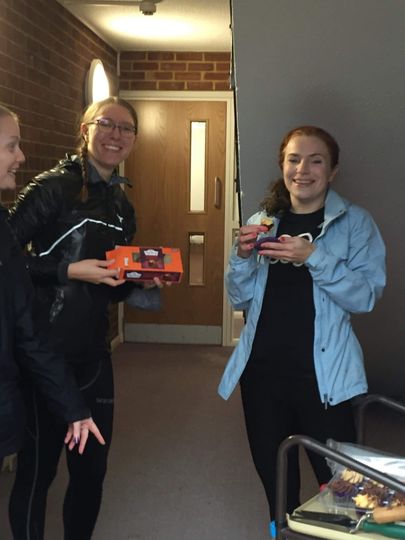 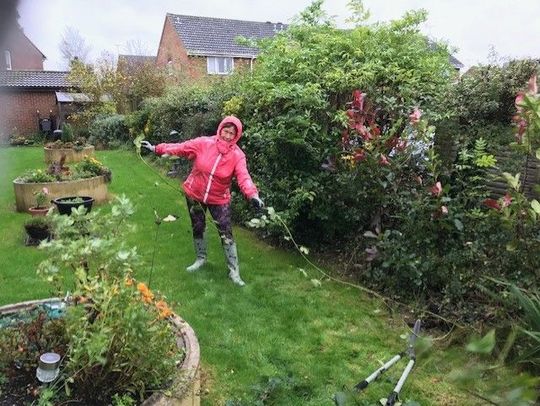 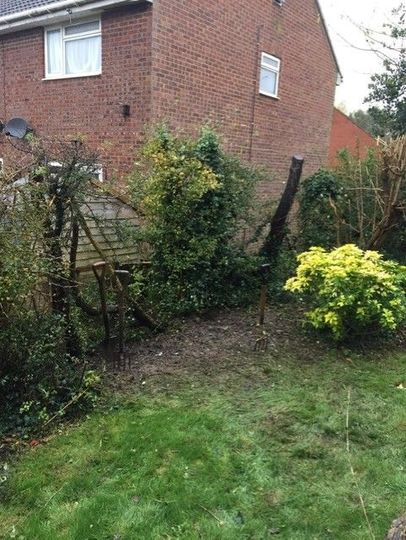 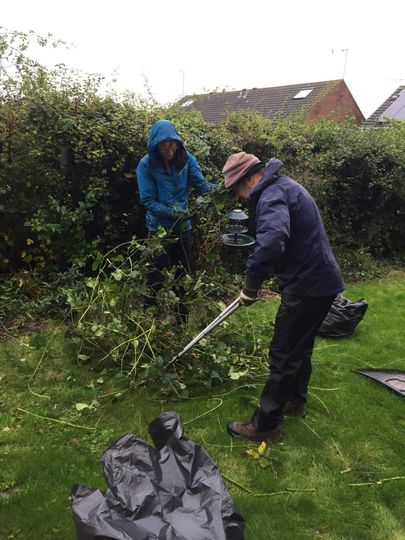 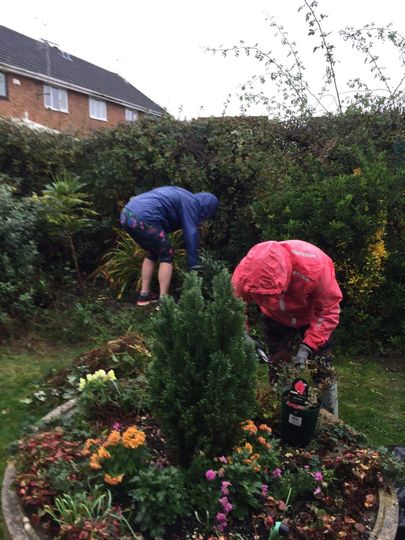 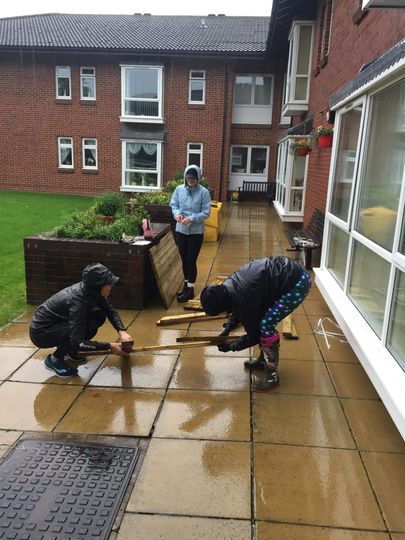 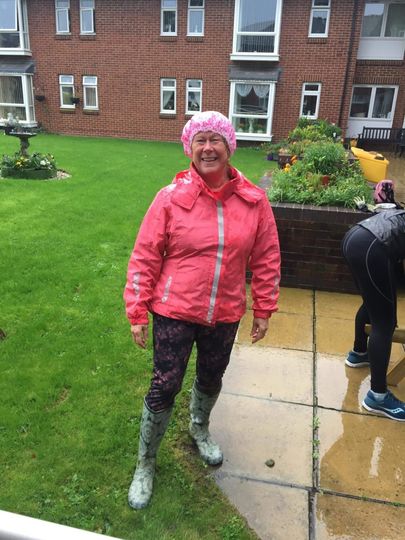 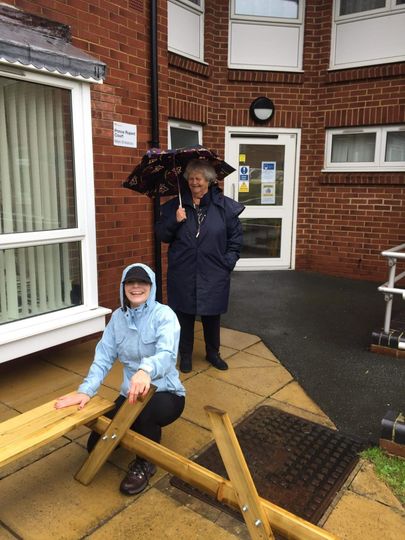 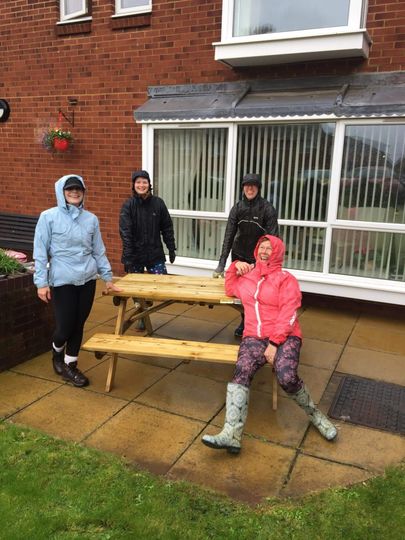 The howling Halloween wind and torrent of rain did not stop eight GoodGymers from attending one of our favourite haunts: Prince Rupert Court, part of the Guinness Partnership who provide supported housing. We split into two groups with Tracey, Sam, Kirsty and Dom building a flat packed picnic bench and table set while Jason, Adam, Becky and Gina attacked the brambles that were attacking the hedgerow in one of the gardens. 6 bags were filled and not a zombie in sight. Sadly, we did not get the usual chatty banter with the residents due to the weather but Mrs M popped out under her umbrella to keep an eye on the bench builders and Gina got a brief chat with her penpal Mrs J who was admiring Gina’s choice of headwear. No tricks today but plenty of treats in the shape of Halloween cup cakes provided by Dominique who is the Independent Living Adviser at PRC and also one of our GoodGym members and I understand she was instrumental in the building of the bench. We ate the cakes, drank some juice and departed, a right soggy lot in our different directions.

There were definitely 8️⃣of us🙂

It was so lovely to be back at PRC. Great task x