No snakes were harmed in the tidying of this garden 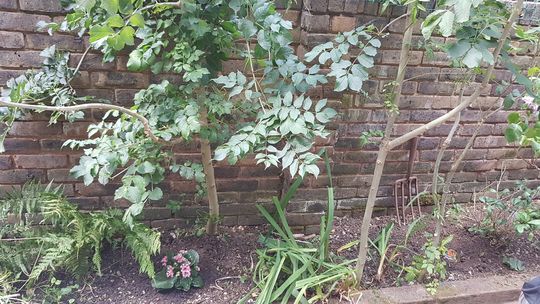 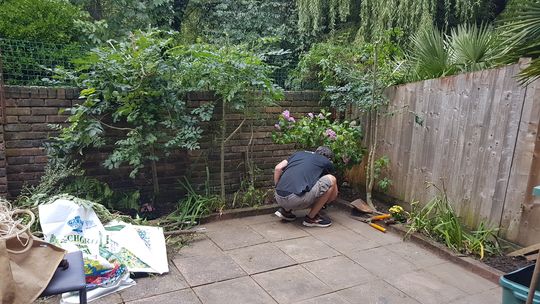 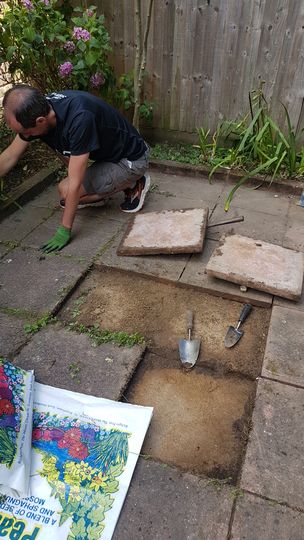 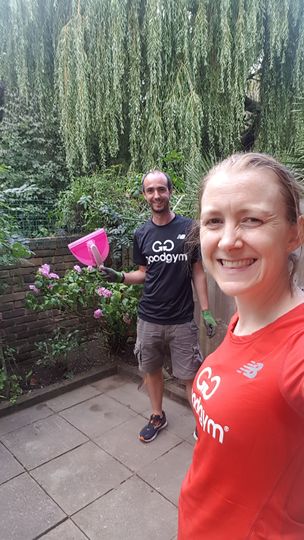 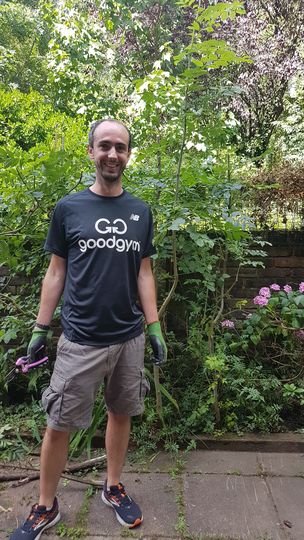 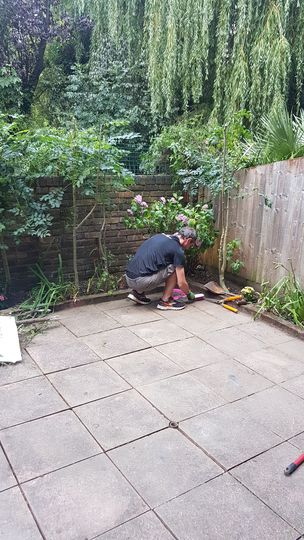 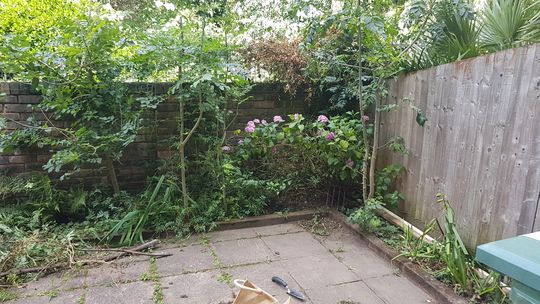 Sarah and Leo ran from opposite directions (Isle of Dogs and Seven Sisters) along different waterways (Regent's Canal and the New River) to converge on Ms M's Islington flat. They then set to opposite tasks! Leo up high pruning the taller plants down in height, and Sarah down low weeding around the paving slabs. Ms M's son Robert had really rolled out the red carpet by sharpening the tools for us. He also suggested speeding things up by flipping the slabs for easy access to the weeds. This turned into a memory game as we had to keep track of which slab went where, and in which orientation. Ms M admired Sarah's youth, beauty and strength, and also pointed out the "snakes" (worms) emerging from under the pavers. Sarah ensured their safety by escorting them to the garden borders. Though perhaps their safety was only temporary, as Robert said there are frogs that come out at night!

After finishing the pruning and planting a few flowers, Leo helped Sarah with the last few pavers. The job took a little longer than expected but on a hot day, the shady garden was lovely and cool, with the babbling of fountains in the New River in the background. We left Ms M to take her afternoon nap, and went our separate ways once more.

Great mission both. Kind of you to protect the 'snakes'.