Making a Molehill out of a Mountain

7 runners ran to help the Birmingham Central Foodbank in Birmingham. 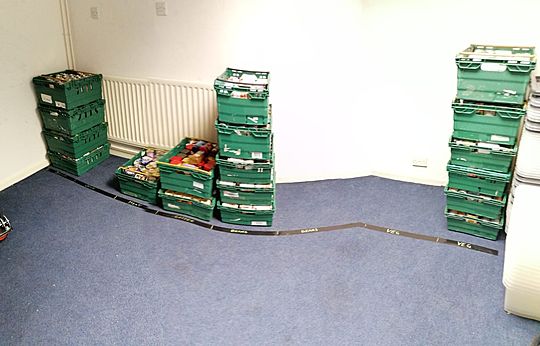 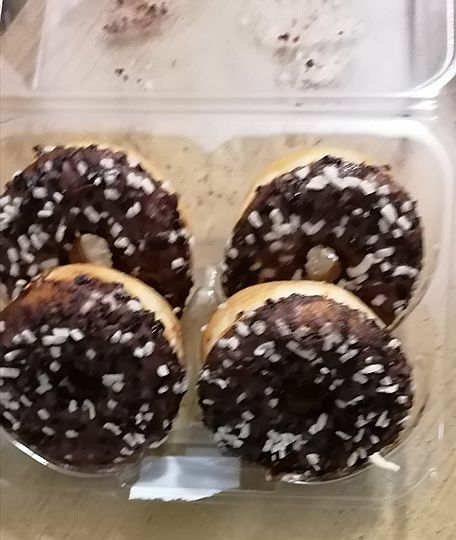 Tonight we welcomed 3 new runners, go and give Sarah, Kate and Arabella a big cheer for coming along to their first ever GoodGym session! They weren't completely on their own in getting used to the Foodbank mission, as Elizabeth was doing her first here and one of the Church volunteers came along for his first shift as well (he also won the competition for the oldest out of date with a 2015 can of soup).

I joined Rauul in surprising task owner Luca with the amount we know about the task, since I joined him with Liam for the first time in December of last year. Adding to the experience, Tousif arrived after getting in a few running miles before the task.

In the meantime, we weighed in a few boxes of Tesco donations and began to sort them out. Then we began to roll out the big task of the evening, which we knew was coming as we had to leave absolute Towers of donations last week - all weighed in but in need of sorting. So, although the trolley is empty in the photo, it was doing return journeys for the best part of an hour until the walls of food in one room rapidly got distributed into the other. At one point we had so many hands on deck, that as soon as I picked a handful of items from a full crate to put into their groups, I looked back and the same crate was empty.

After what felt like both forever and no time at all, we were onto dating the foods to make it easy for the day shift volunteers to give out food in date. Possibly due to the music playing, we made quick work of it and by the time 8.30 drew near, we had prepared nearly everything for the shelves. What an epic display! Then we had our reward as Luca had left out crisps and doughnuts which were very happily received after all that hard work.

We'll be back at the Foodbank next week to do more of the same, hopefully without the walls of work to contend with. Again it is full already, but look ahead as I'll be listing it every week. Rauul will be leading next week, thank you for stepping up in my absence.

Really enjoyed today. Everyone was in really good spirits, the pastor popped in to say hello and the time flew by!!

What a great evening! A really satisfying task, some good company and music and the time just flew by. Can’t wait to do it again soon.