Luke what great progress we made!

3 GoodGymers made their way to help the St Luke's Church of England School in Windsor and Maidenhead. 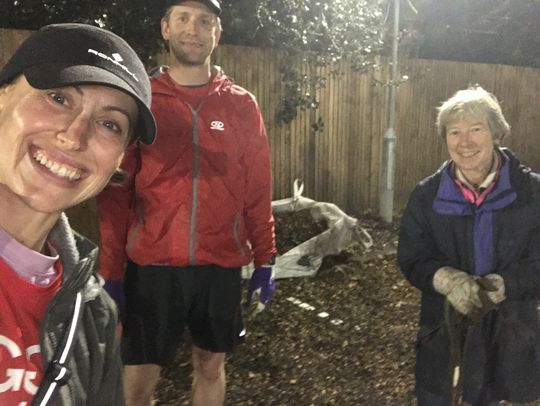 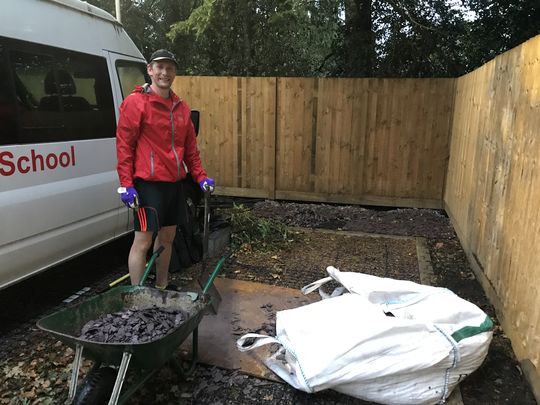 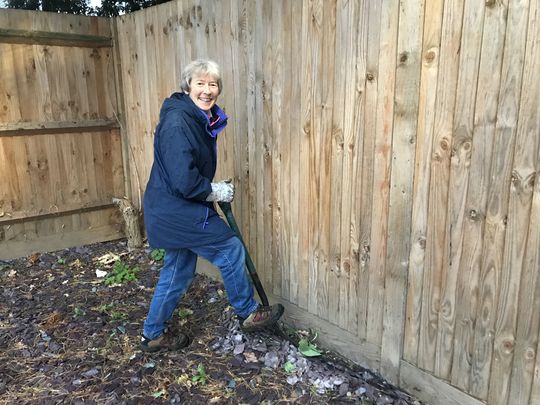 This evening Amy, Juli and Paul met for part 2 of a community mission to spruce up the car park at St Luke's school by weeding the surrounding beds, laying weed matting and spreading slate shingle.

A warm welcome to Juli, who joined us for the first time and did a brilliant job. It feels like it was only a matter of time before Juli met Amy at a GoodGym session, having previously crossed paths at work in Bracknell, at a sailing club in Southampton and at many happy Maidenhead Parkruns. Small world!

Today was Amy and Paul's second crack at this task. You can read all about the very soggy part 1 here. This evening they were pleased to find that it was possible to tip the shingle onto a smooth wooden board, so that it could be more easily shoveled into the wheelbarrow. While Amy focused on weeding and laying the weed matting Paul had a great workout doing the bulk of the shingle work. As he shifted around great quantities of the stuff it sounded like there was a small army of excavators at work.

Meanwhile green-fingered Juli attacked the weeds along the fence where weed matting and shingle had been laid earlier in the year. When there wasn't a shingle weed left on that stretch (finally thanks to Juli's hard work we can use that terrible pun!) she helped Amy and Paul, and amazingly we got everything covered in weed matting and emptied the bag of shingle - a clean slate (bag) you might say!

With 10 minutes or so left Juli couldn't resist raking up masses of acorns that were threatening to take over the car park, and Amy and Paul did some more weed hunting. Then the team joined forces on the pleasing task of tidyng the acorns into the empty slate bag.

We have made great progress on this task, but there is still more to do. Join us next Thursday for part 3 - weeds beware!

Graffiti, your days are numbered!