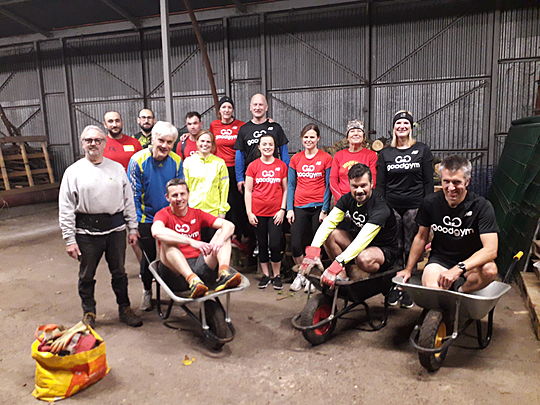 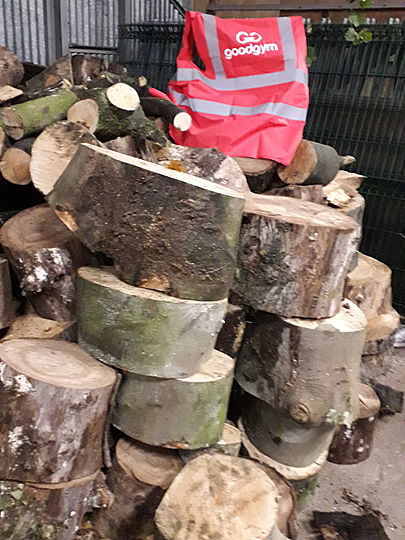 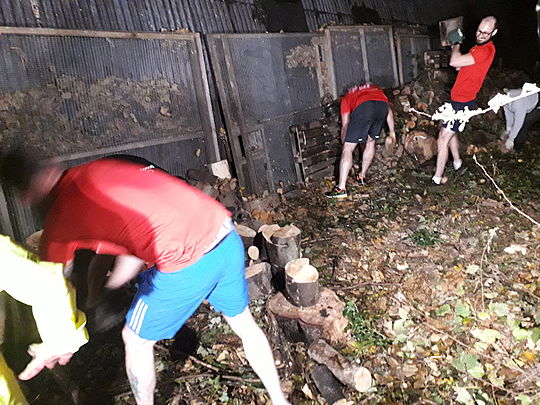 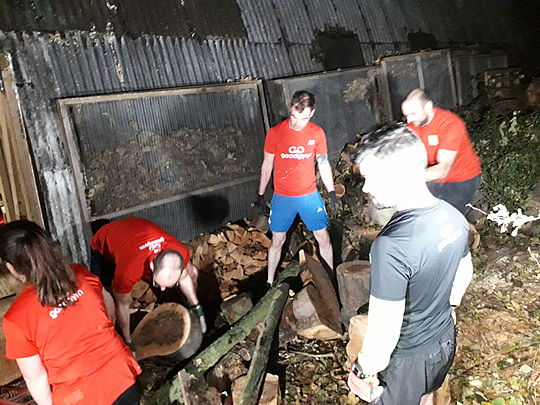 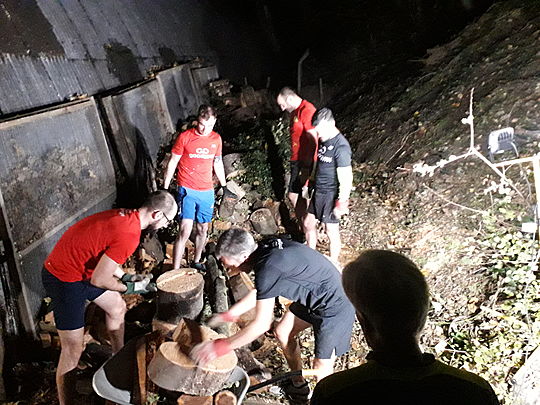 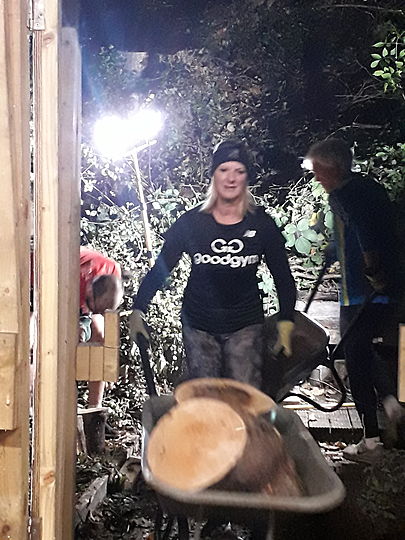 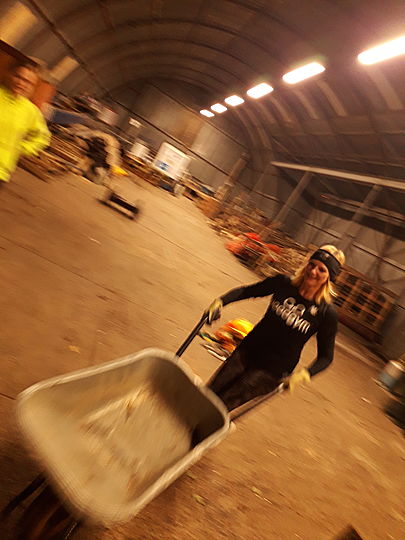 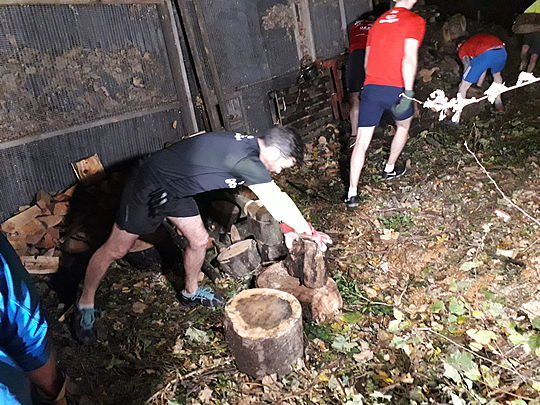 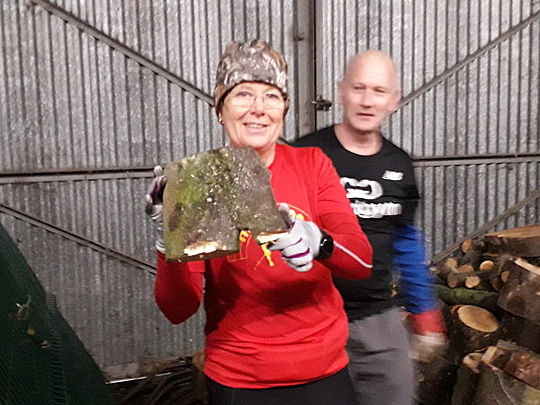 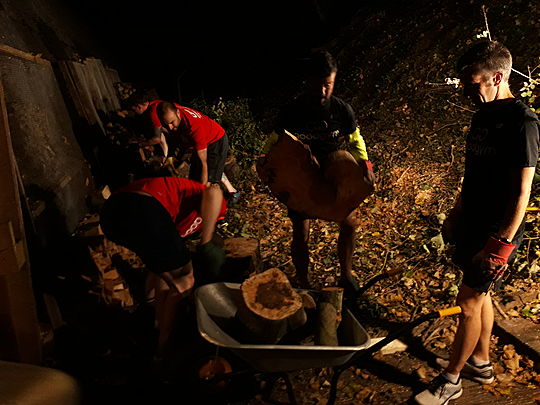 *What a monumental task *

Tonight's task was a last minute change to go to Brickmakers Wood and help move (literally) a ton of logs. They have had some dangerous and dying trees felled on their site. However the work couldn't continue until the humungus pile of logs were moved to create space to carry on. So that was our job.

This was one of those night's when I think " I'm not sure we can get this done in the time we have" However once again I was happily proved wrong.

After a quick briefing from Rob the logs were flying into wheelbarrows and speedily transported into the warehouse were a stacking team were building wildly.

There were some serious sized logs and the "clearing" team were building up quite a sweat moving the wood to be loaded onto wheelbarrows for the "transport" team.

Rob couldn't quite believe the speed and rapid progress - and I was seriously impressed with how much was achieved in such a short time - amazing teamwork and a thoroughly worthwhile task.

After all the phyisicality of the log lifting and stacking and wheel barrow pushing; I wasn't sure what the appetite would be for "parlouf" relay on the run back. ..... Ho w wrong could I be ? With the team paired up, and coned circuit marked out there was more serious effort and high five slapping... in between gasps for air!

A gentle cool down run back to base ended one of our most physical tasks, but Goodgym Ipswich smashed it!