Lettuce help. Particu-lily with the pollinators

7 runners ran to help the Grow Cardiff in Cardiff. 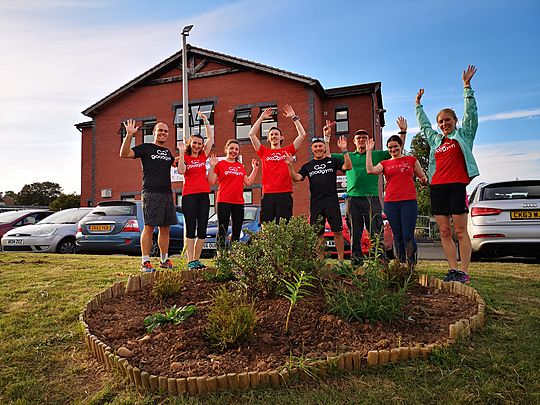 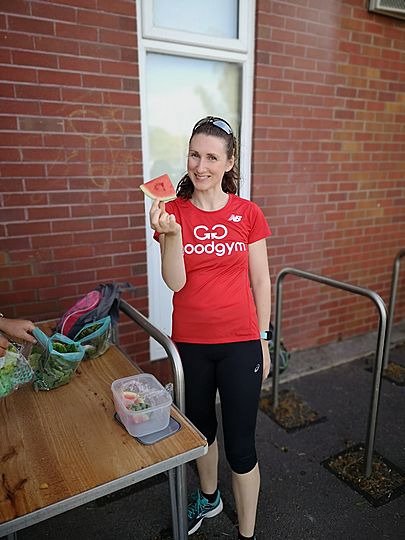 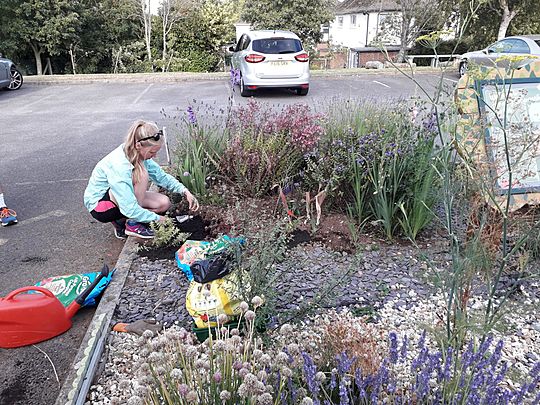 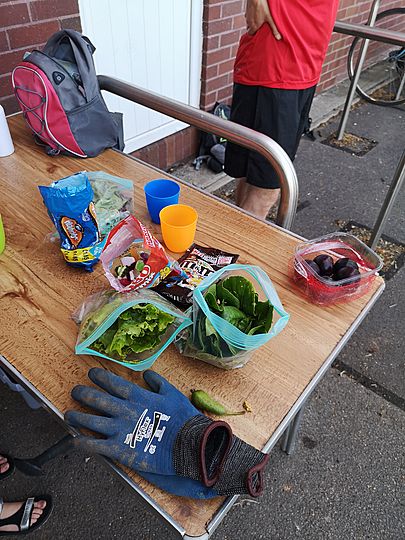 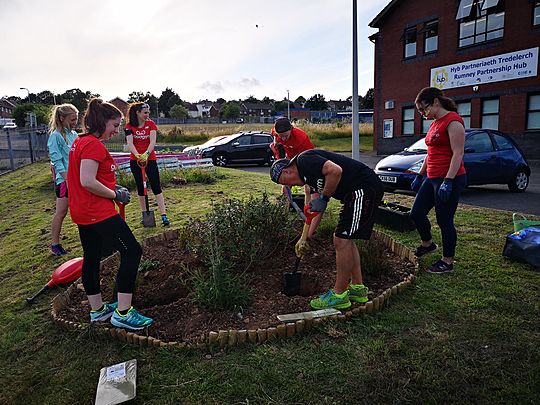 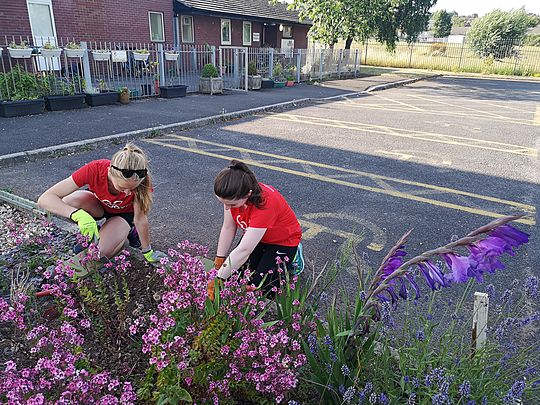 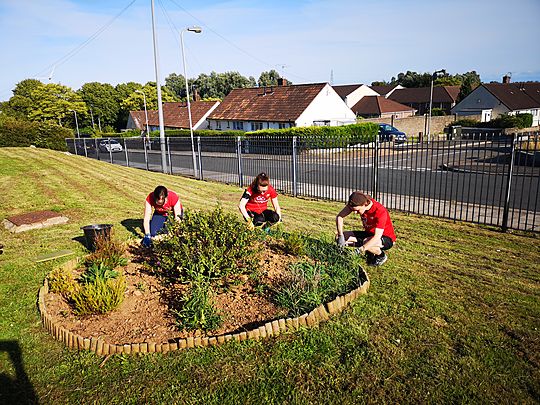 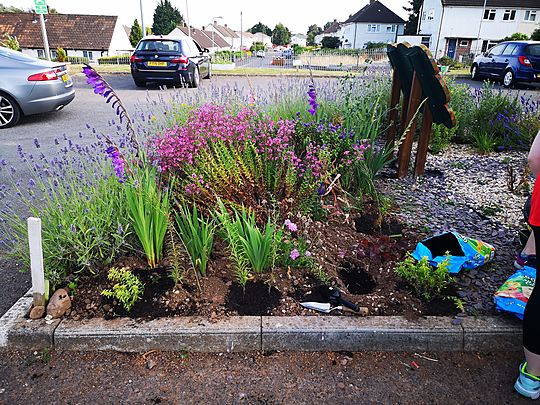 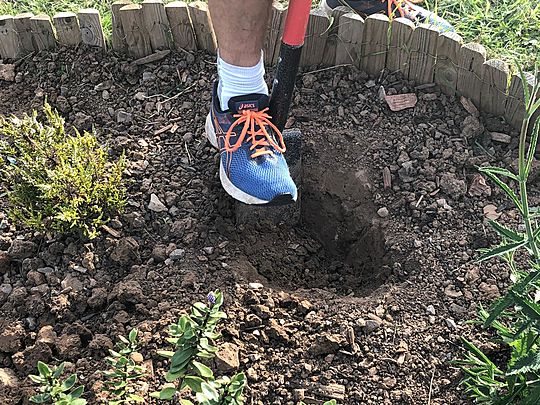 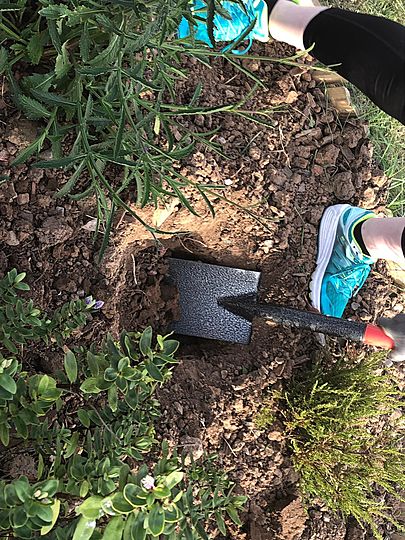 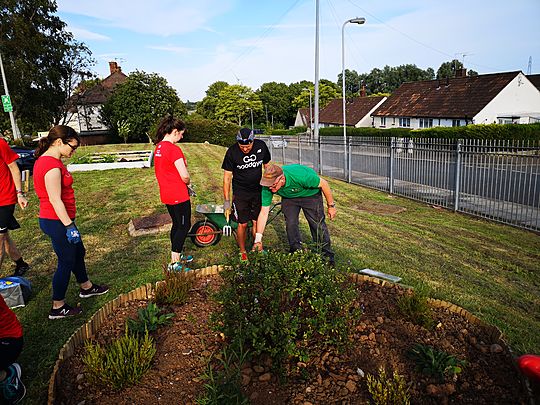 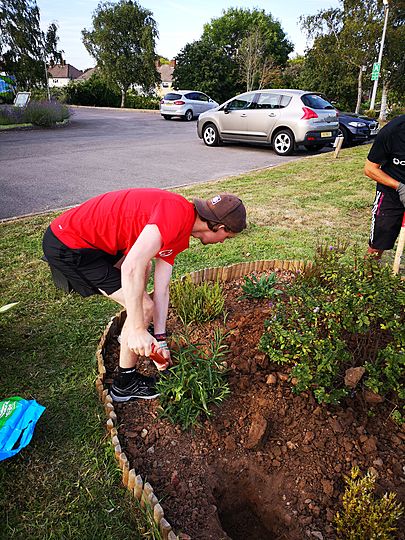 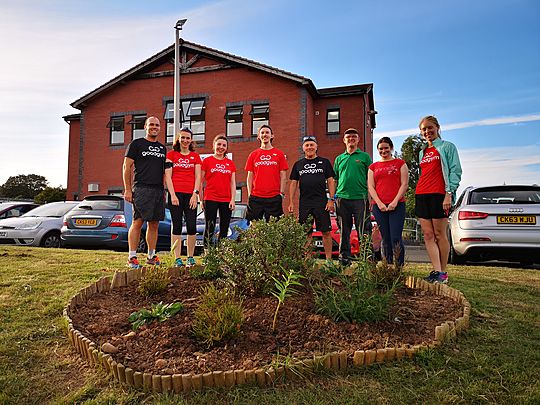 The sun was shining. It was time for GG Cardiff and Vales bimonthly mission to help out at Rumney Seedlings (a community garden group for people local to Rumney, supported by the charity Grow Cardiff and partner with the RSPB and Buglife).

Nathan and Lucy met in Cardiff Bay, opting for the long route to Rumney, meeting Emma halfway. They met Andrew at the gardens, who was having a guided tour by the aptly named coordinator Mr Seed. Lydia arrived not long after, having cycled past Marie on the way, but neglecting to offer her a backie. While the group tucked into some refreshing watermelon, Martin arrived to complete the evenings team. Mr Seeds daughter was also on hand to boost the numbers and to make the runners envious of her upcoming seven weeks off school.

Tonight's task was to weed the pollinator areas that the bees love , plant some extras, move some lavender bushes and dig suitably deep holes for some Lily bushes to be re-homed.

Everyone's efforts were rewarded with a mid mission feast of watermelon, plums, welshcakes, biscuits and haribo. Providing much needed energy to crack on with some tough digging in the sun baked soil. In some cases too much sugar combined with a competitive streak led to a hole digging contest - Marie almost managed to get down to Australia!

As the evening began to draw in the task was complete. The runners set off home with garden grown lettuce in their backpacks, and Mr Seeds daughter with a well earned half bag of haribo.

This may be the last visit to Rumney Seedlings as the garden is set to be handed over to community and the charity focus moved to other areas of the city. GG Cardiff and Vale has loved being involved here for the past 18 months, painting planters, putting up bird boxes, painting more planters, and watching the project develop into a great community facility (one which is producing onions the size of a child's head [forget to get picture proof so you'll have to take my word for it])