2 runners ran to help the SPEAR Housing Association in Kingston upon Thames. 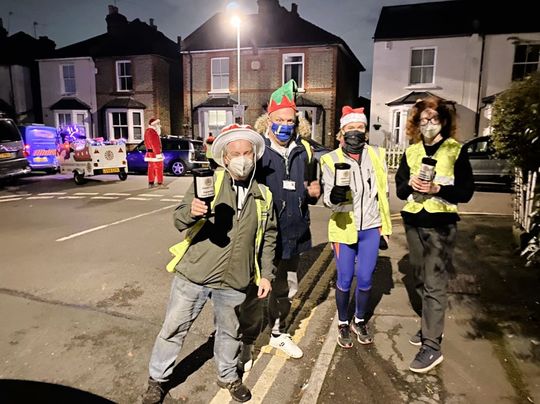 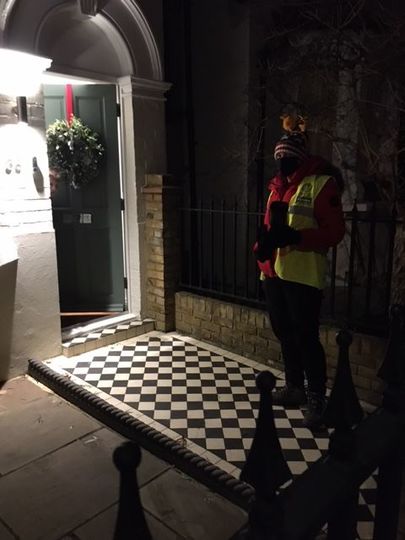 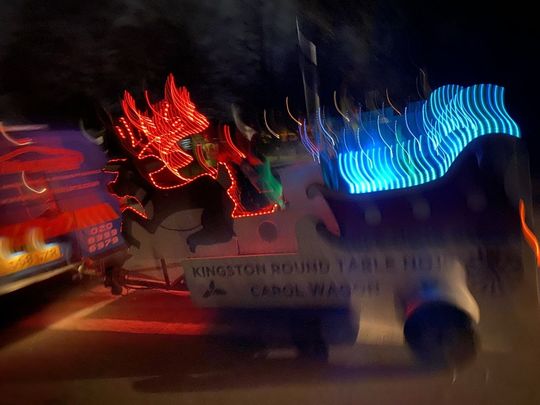 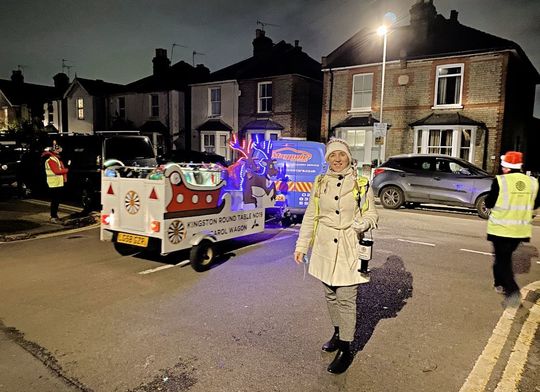 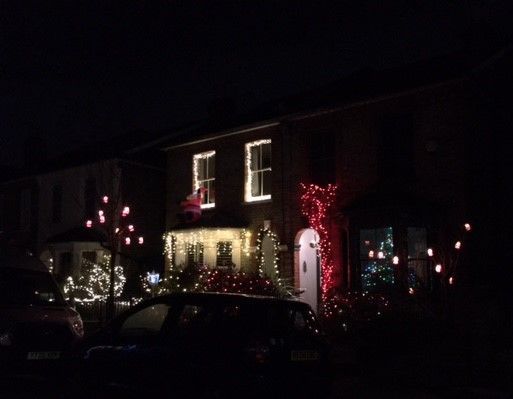 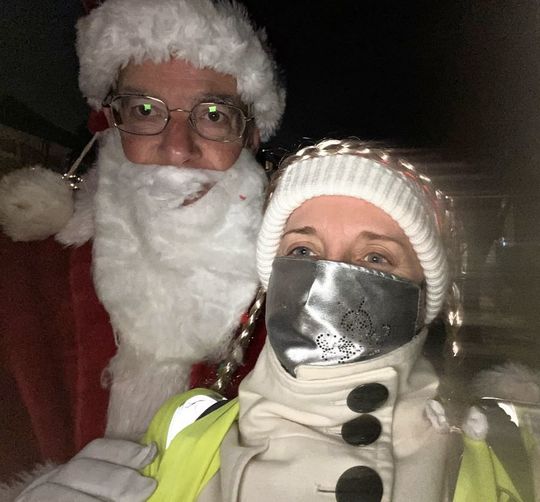 GoodGym was just a tad excited that Kingston Round Table's carol wagon was back with Santa after being forced off the road by Covid last year. This annual tradition has been going for well over 50 years and we heard stories of how Kingston adult residents who grew up in the area remember it from their childhood.

Our night was for Spear - a brilliant local charity that helps the homeless get back to living independently in the boroughs of Kingston as well as Richmond, Merton and Wandsworth.

With a 2 hour medley of everyone's favourite carols being broadcast from Santa's sleigh down the river roads of North Kingston, a fabulous troop of us & Santa hit the roads at pace to ring on every door bell in the area with our collecting tins...

And it did! The awesome team of Martel, Jane and Simon from GoodGym, the fabulous fundraising team from Spear of Heidi and Bruce, other staff and volunteers from Spear and Round Table we estimate we jingled to the tune of over £500!

GoodGym would also like to say congrats to Heidi for doing so much in her time for Spear and wish her well in her new challenge at Hestia.

Love exercising to relax especially by running and cycling with other friendly folk. And love finding great food and drink treats after!