It's raining, it's pouring, but GoodGym ain't snoring!

5 runners ran to help the St Luke's Church of England School in Windsor and Maidenhead. 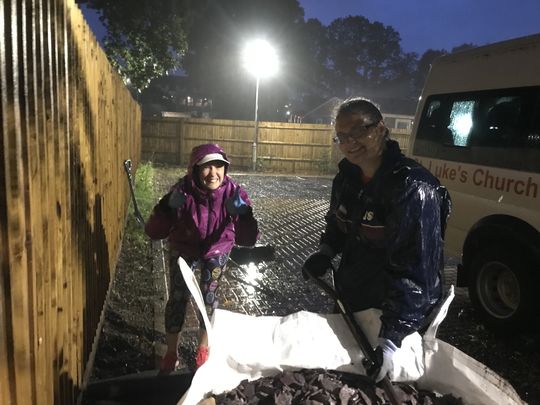 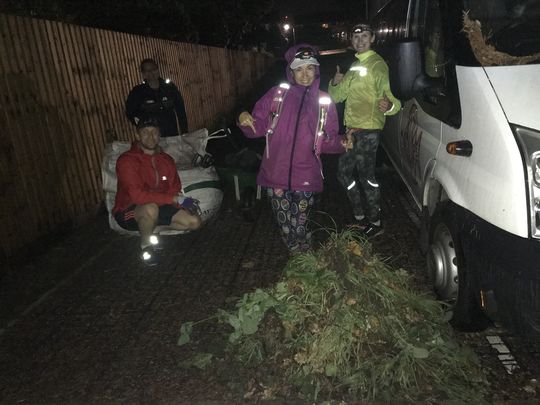 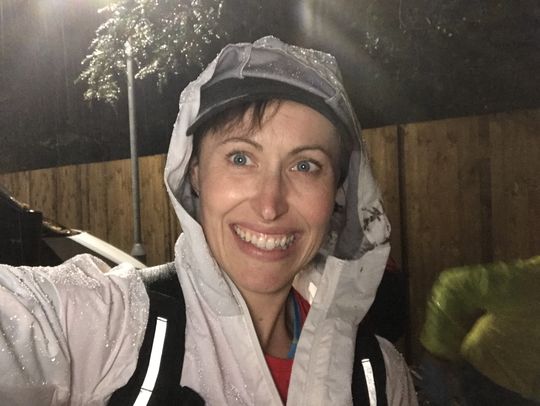 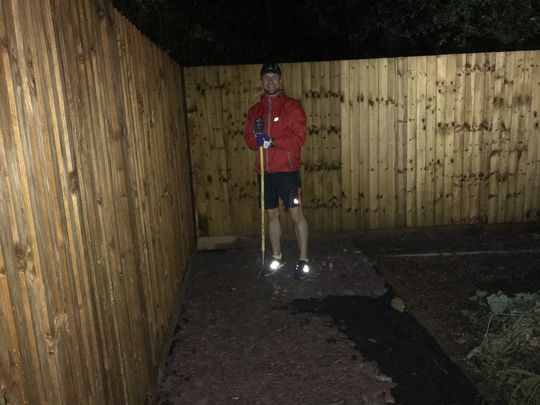 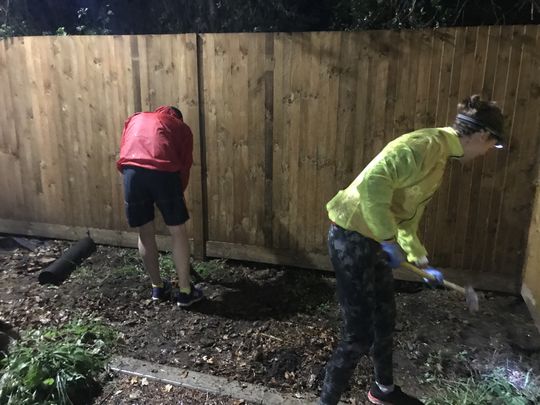 Five tidy up a car park in the rain...

It sounds less thrilling than your typical Enid Blyton adventure, but what a jolly evening we had!

Amy, Sophie, Emily, Jess, and Paul braved the chilly, wet weather and met at the car park at St Luke's school, where gardening tools, a roll of weed matting, a wheel barrow and a huge bag of slate shingle awaited like a game to be played or mystery to be solved. Some parts of the car park had already been 'matted and shingled' and just needed weeding. Other areas needed the full treatment.

The weeds came up easily and were gathered in a satisfyingly large heap. The shingle was rather trickier to handle. It was very reluctant to be scooped up by spade, so we resorted to digging in with our gloved hands, like Julian, George, Anne, Dick and Timmy digging for treasure on a pebbly beach.

About half way through the session the car park flood lights went out and the sense of adventure deepened. Amy said it felt like being on a camping holiday, but others weren't convinced and wondered whether Amy's camping holidays had always been in November.

While we worked, Amy challenged everyone to come up with catchy ways of saying that we aren't bothered by a bit of rain. We came up with...

Rain't no stopping us now

Wet, wet, wet...GoodGym love is still all around

It's raining, it's pouring, but GoodGym ain't snoring!

I wish we could say that by the end there wasn't a shingle weed left, but whilst we made good progress, there is plenty more to do. Keep an eye on the Windsor and Maidenhead listings for a follow up session or two.

After the task everyone was heading the same way, so we enjoyed a couple of km running together. This was Area Activator Amy's 50th GoodGym good deed so we also enjoyed celebratory chocolate biscuits as we said our goodbyes. Next time we must remember the lashings of ginger beer as well!