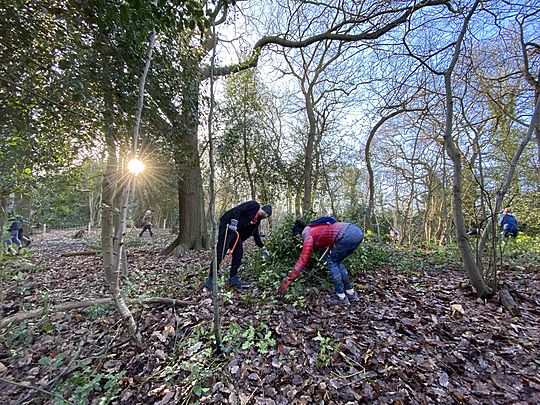 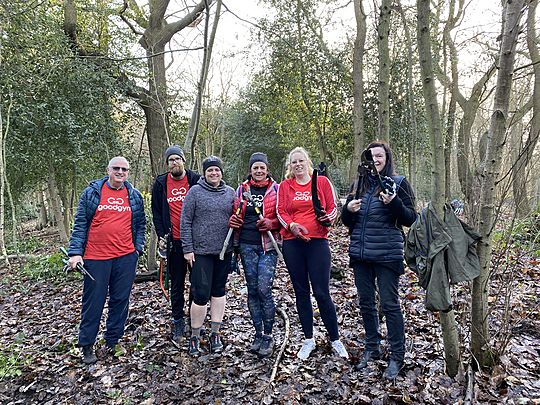 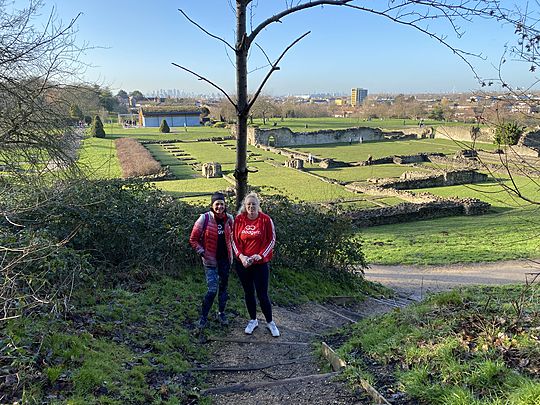 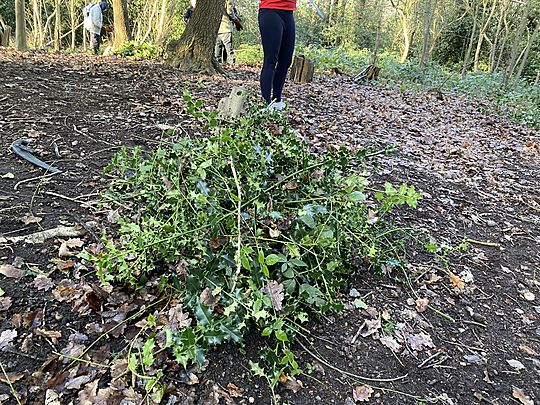 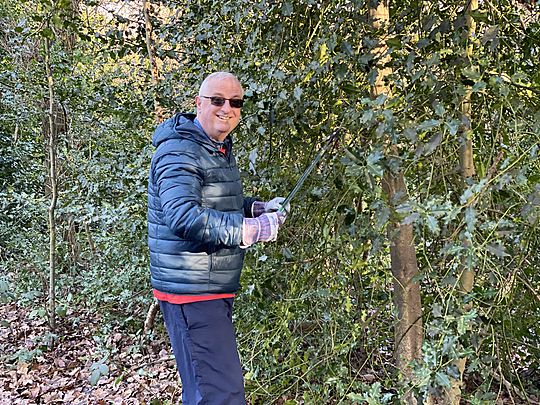 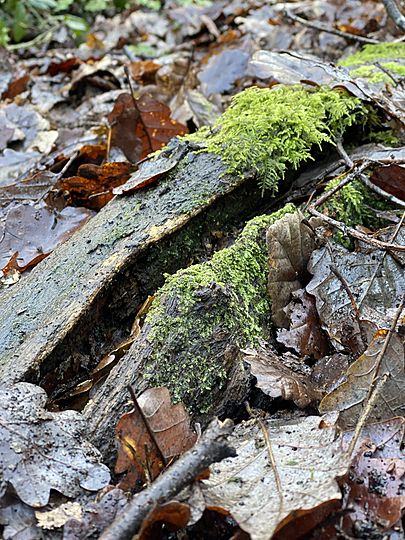 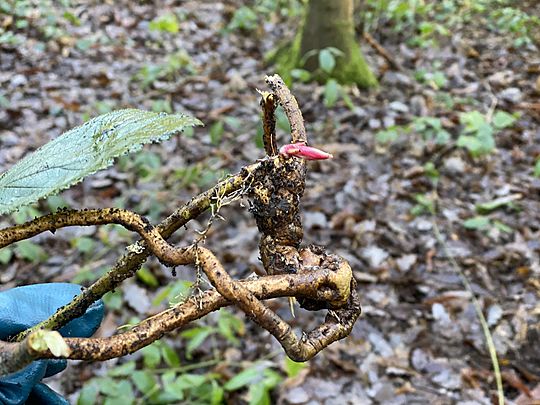 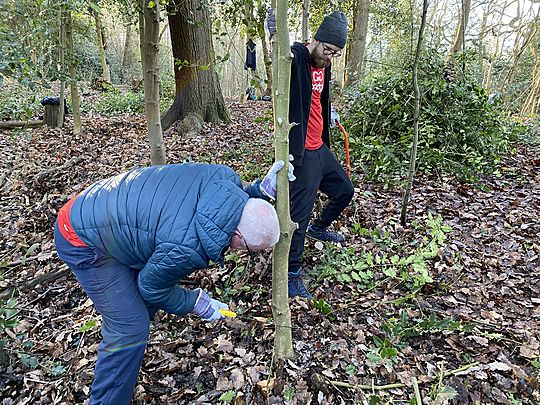 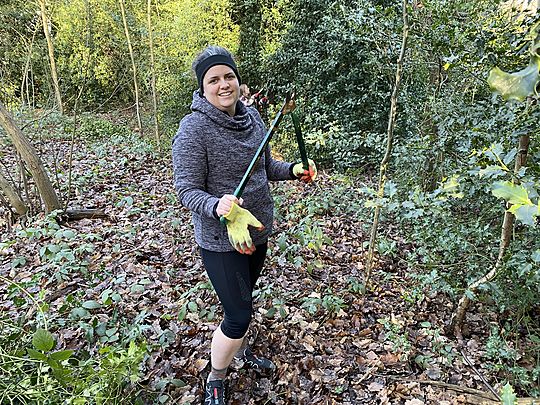 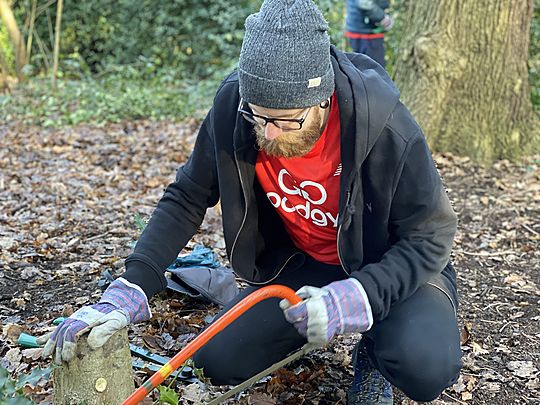 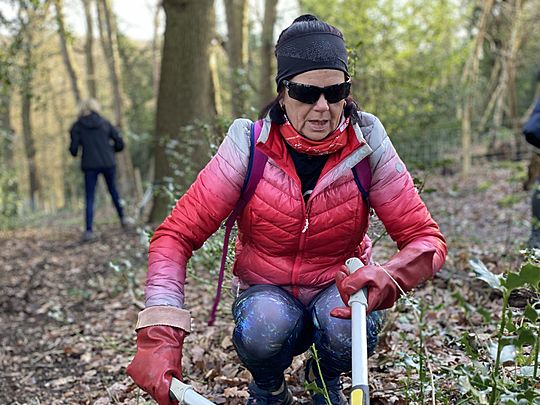 Today was our first time joining the Lesnes Abbey Conservation Volunteers in their work to improve the woodland space. We met Tristen and the other regular volunteers by the lodge as well as welcoming a lot of new volunteers who had heard about the volunteering opportunity.

It was a lovely day, although frost still sat on the leaves, the sun was shining and skies were blue.

We had a quick briefing and loaded ourselves with saws and loppers.

The task we were supposed to be doing was quickly abandoned when Tristen reaslised that the spray to clean the tools had been locked away. He explained that the tools needed to be cleaned before use in certain areas of the woods to prevent diseases spreading to the trees.

We then headed to a different area of the woods where we would be cutting back the holly bushes to make way for the sunlight to reach to floor. There was a lot of holly! We hacked and sawed, piling the holly into mounds on the floor. It was great to be amongst nature and in a beautiful woods which we are lucky to have right on our doorsteps. We pulled up brambles and nettles, some resembling the mandrake plants from Harry Potter.

Although Tristen had warned us to be careful of holly leaves going in eyes, I was unlucky enough to have a branch ping back and a leaf scratching my eye. We decided that it was time to go. We packed away the tools and said goodbye to the other volunteers who were working for a little longer.

The group regularly meet every other Sunday so we will be able to book in some more Missions to help with the Conservation work.