Definitely Not Bo(a)red or Disgruntled With Today’s Task at Pigs in the Wood!

4 runners ran to help the Pigs in the Woods in Huddersfield. 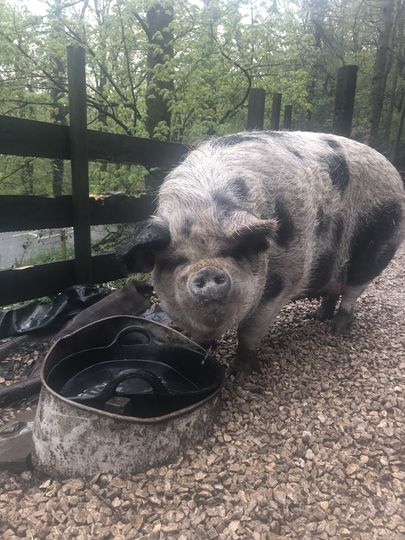 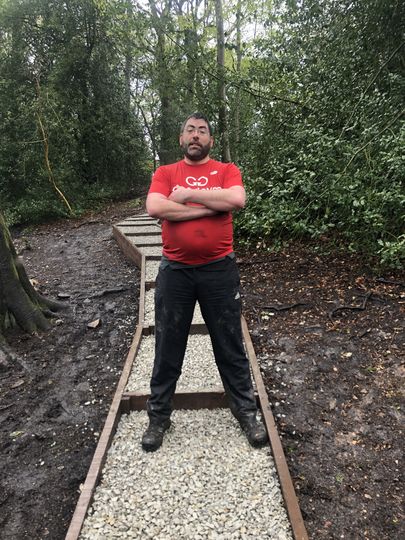 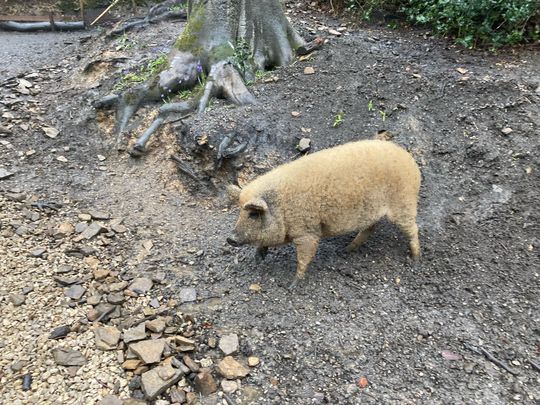 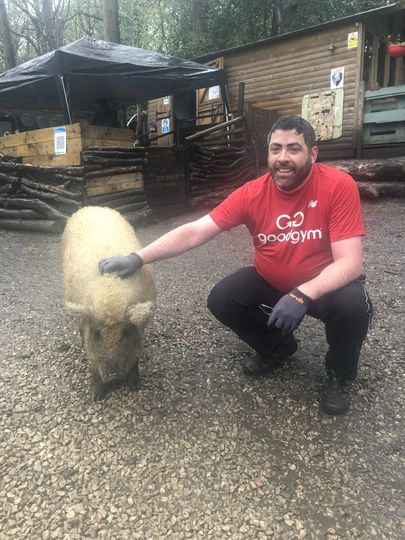 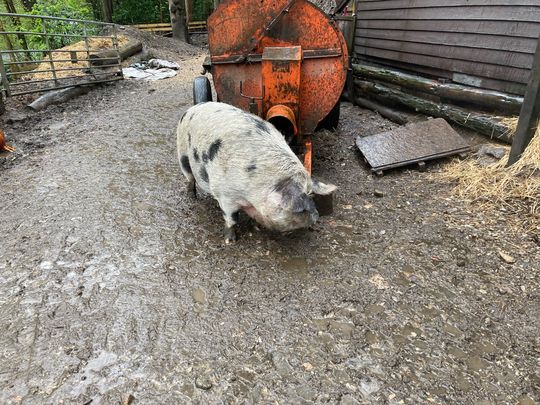 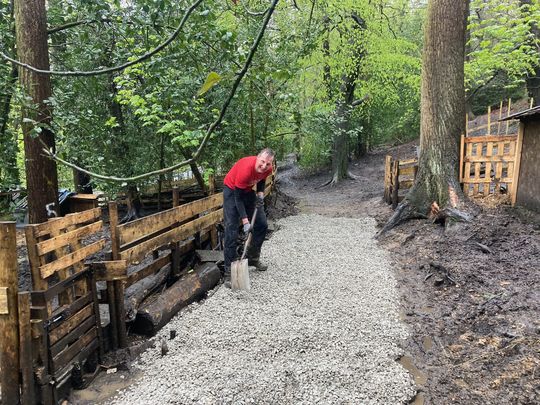 There were plenty of pigs at our task this morning, there was also plenty of gravel. Nearly 20 tons to be accurate, which needed to be moved in order to to improve the paths at the Pigs in the Woods site.

This was a task with multiple challenges, including the fact that the gravel had been dumped at the bottom of a very steep slope, necessitating a lot of hard labour with buckets and wheelbarrows to move it to where it needed to be.

The weather also provided a challenge, the forecast heavy rain and cold temperatures were not too bad however as once we got going shovelling and shifting stones we were well warm!

Our third challenge were the residents themselves, with free range around the ten acre site, many of the pigs were very interested in what we were doing. Their inquisitive nature meant they were soon snuffling in our buckets of stones, presumably searching for a tasty treat.

Just two GoodGymmers today, Tom and myself but fortunately we joined about a dozen other volunteers from WTF otherwise we would have been shifting stones until the cows (or pigs) came home.

Thanks to Pigs in the Wood for providing us with such a fantastic workout this morning. It was great to help out such a unique organisation and meet the pigs once again. I'm really looking forward to returning in June for another GoodGym job for the pigs in the wood.

Well done sounds great! I will be there in June :)

I completely forgot about this mission and didn't get a reminder! So sorry! I would love to come if you do it again!

We’ll be there again on June 5th Grace