GG worked their shoes off at CCAWS

7 runners ran to help the Community Care and Wellbeing Service (CCAWS) in Cardiff. 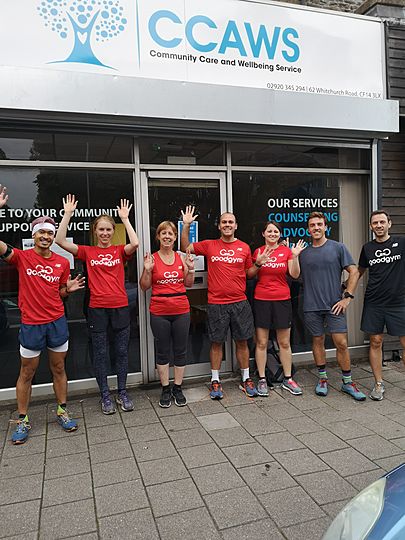 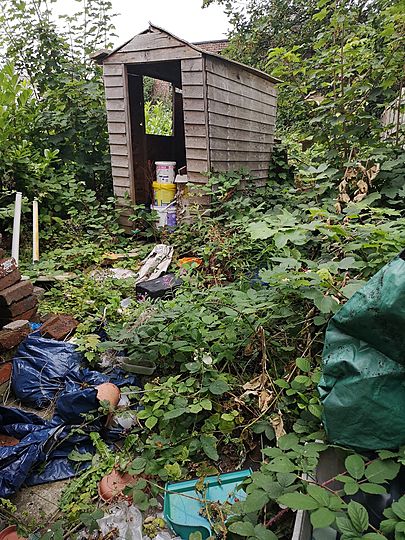 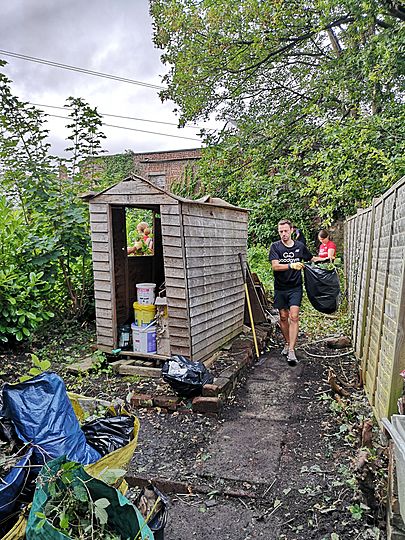 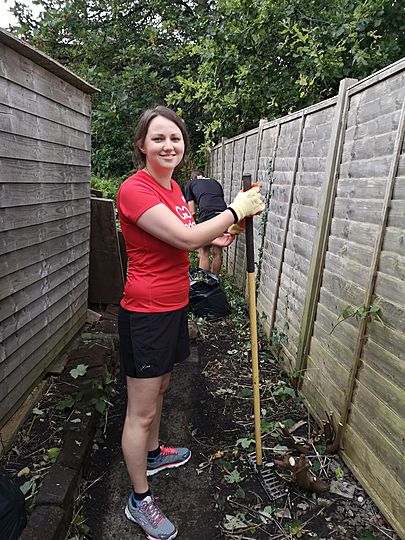 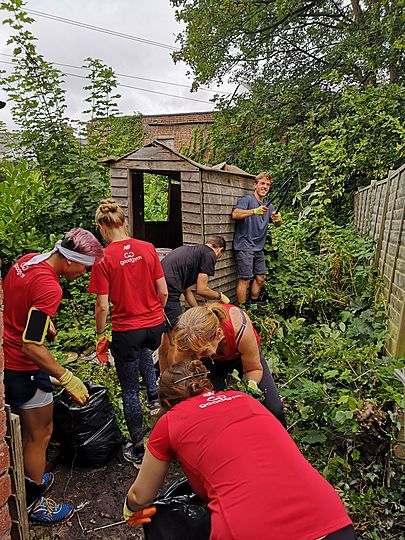 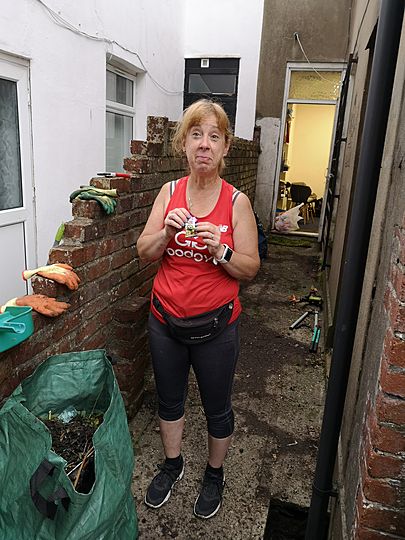 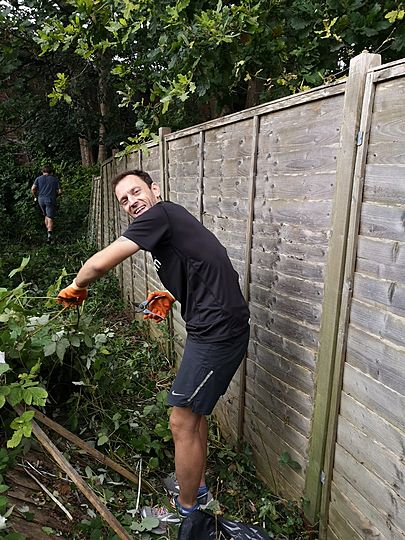 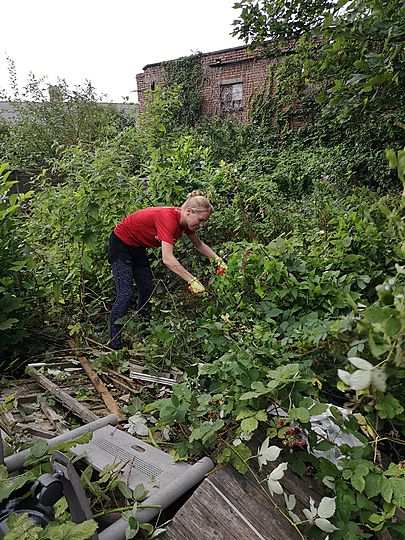 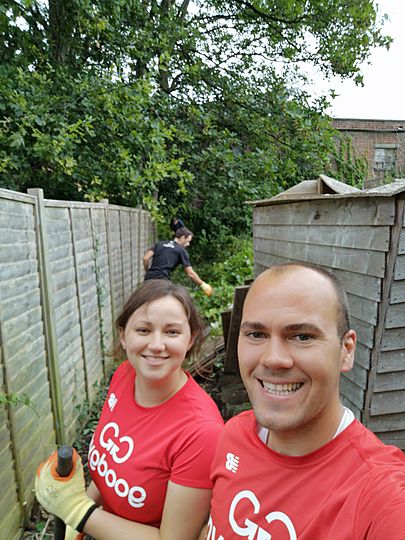 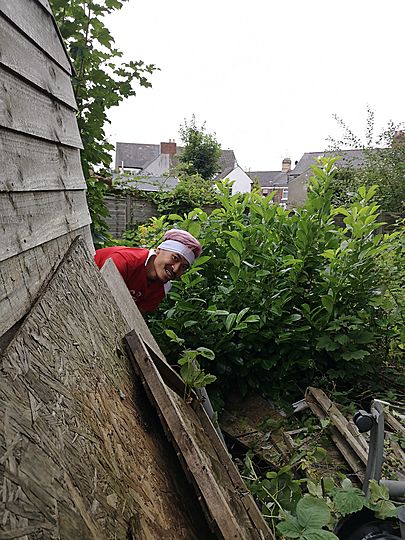 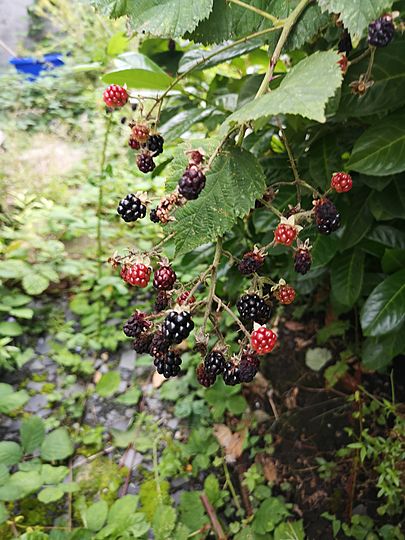 Less than 48 hours after being arranged, 7 goodgym members met at CCAWS to help tackle their overgrown garden.

[CCAWS (Community Care and Wellbeing Servic) are a charity serving the social and mental wellbeing needs of Cardiff's communities through counselling, befriending and advocacy services.]

The group donned protective gloves (or doubled up on gloves in Mike's case) to hack away at the thorns and weeds that had overcome the garden. There were bugs and slugs, spiders and more spiders but the group were undeterred, making real headway in the garden ready for another group of volunteers coming to CCAWS over the bank holiday.

It was a night of firsts, as Ellen tried her first ever Freddo during the brief chocolate interlude after an hour of weeding, and Lauren completed her first community mission and her first in official GG colours. Care was also taken in-between hacking down the thorns to collect a small harvest of blackberries (carefully transported to Nathan's freezer where they await being made into a crumble).

An hour and a half later the group were done for the evening having made great progress on the CCAWS garden and, after removing mud caked shoes one their way through the offices, headed home their separate ways.

Cleaning the Hall and replacing the chairs.