17 runners ran 7.0km to help the Age UK Lewisham and Southwark in Southwark. 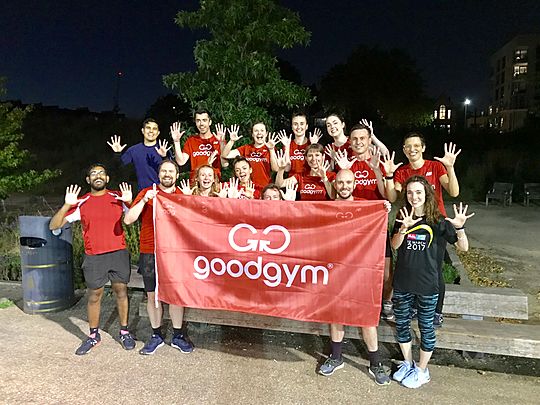 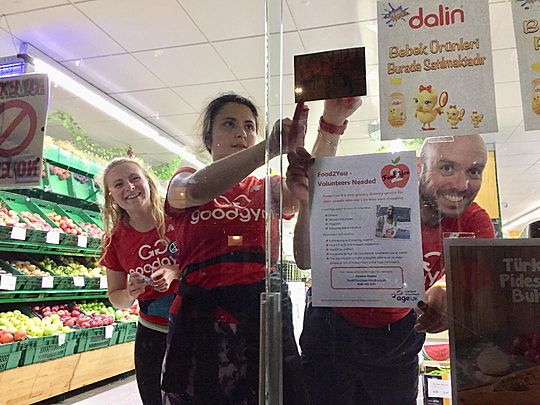 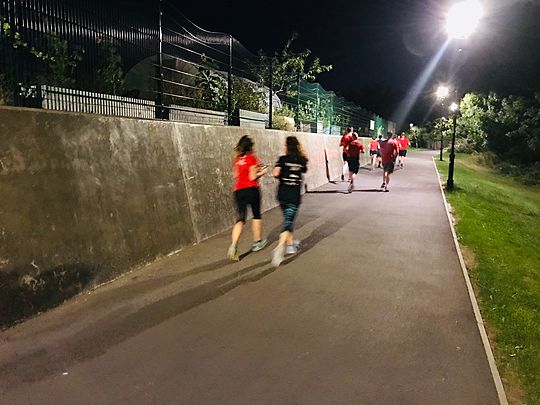 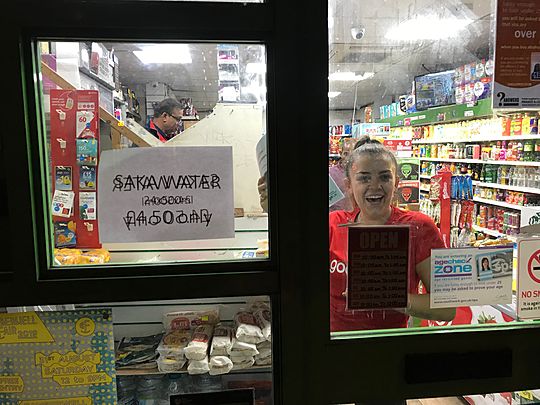 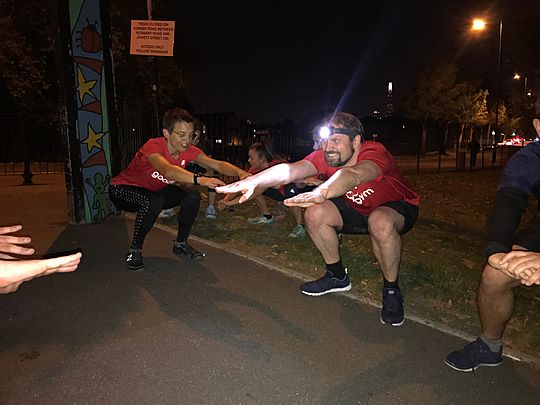 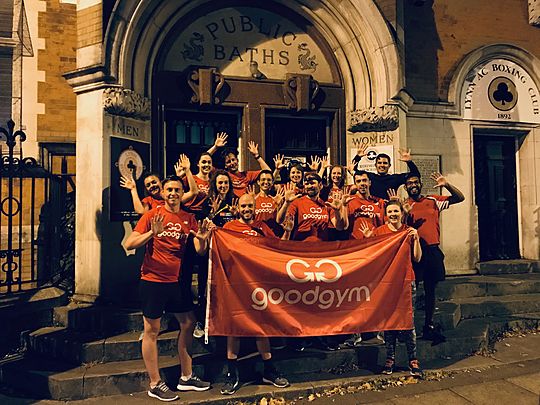 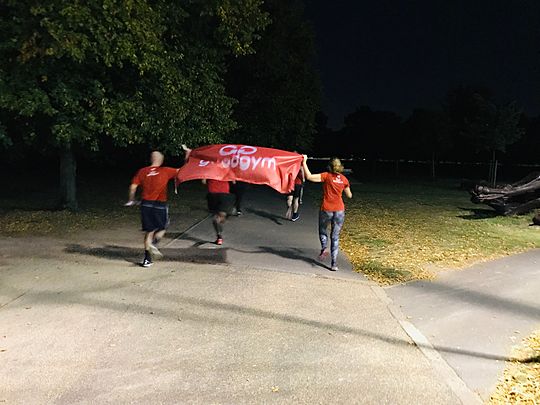 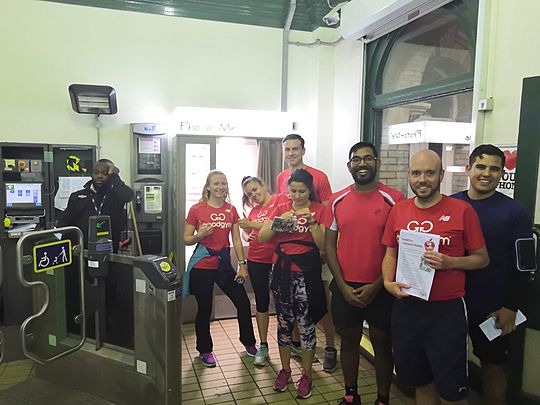 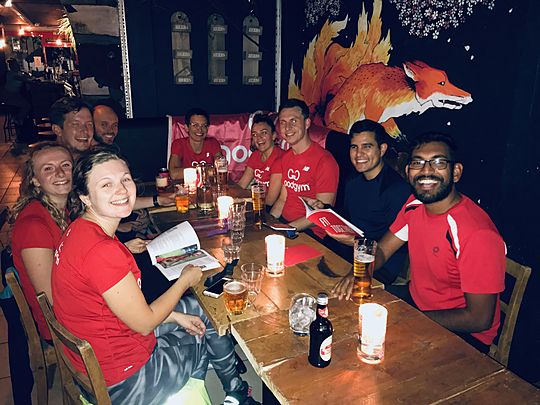 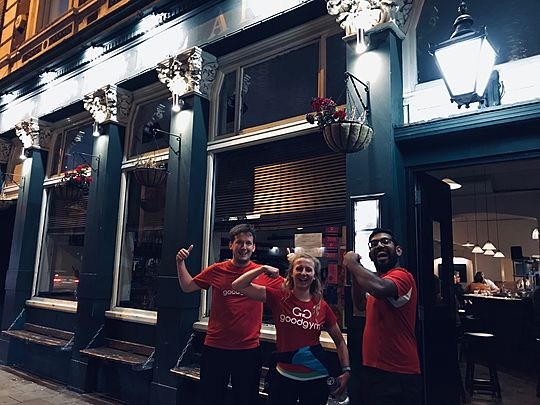 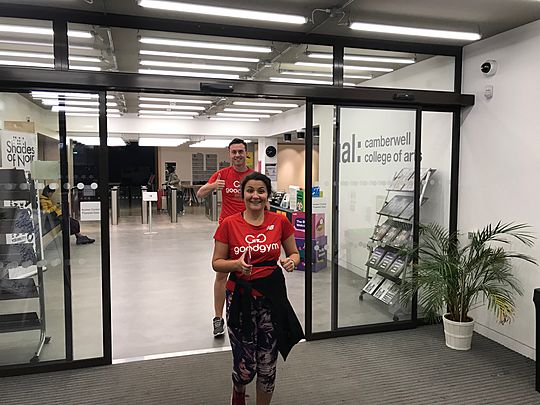 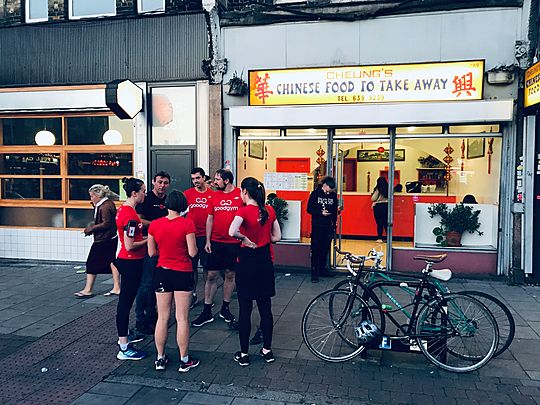 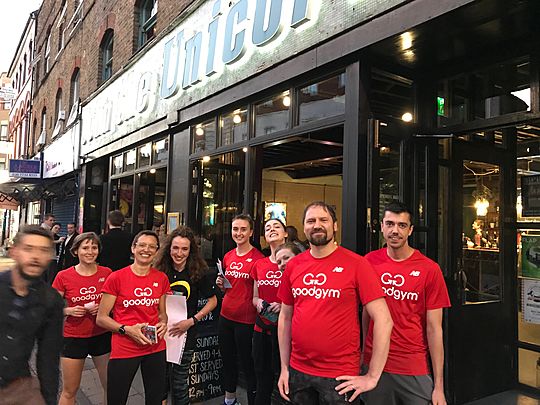 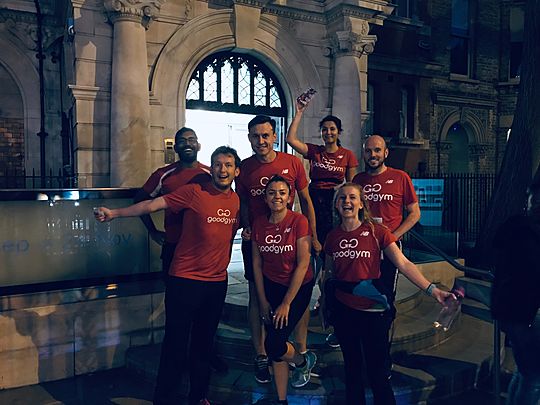 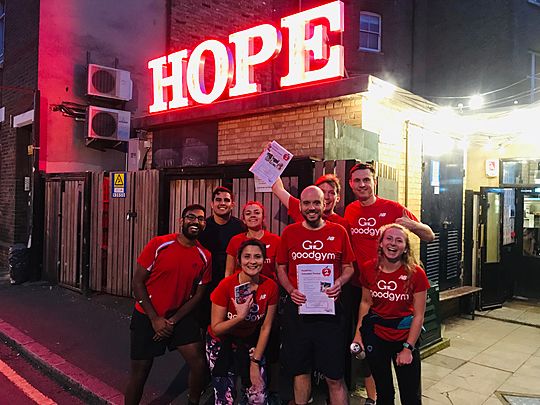 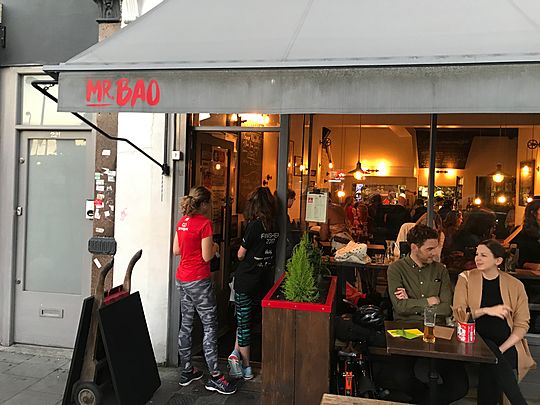 Last night 17 runners ran 7km in total around the streets of Peckham & Camberwell with flyers and posters for Food2You a grocery delivery service for older people who are unable to do their own shopping.

In setting out the task we formed 2 groups of 8 with Dom & Katie chosen as leaders of Team Asda and Team Morrisons. Armed with posters, flyers, blue tack and tape both teams were given strict instructions to hit the cafes, shops, bars and supermarkets along either side of Rye Lane, with 20 minutes given to reach the meeting point of Round 1.

The race was on!

Team Morrisons made polite enquiries and showed good organisation, while Team Asda suffered a slow start early on, but both teams arrived at the first checkpoint within a minute of each other having successfully delivered half of their flyers. The next checkpoint for Round 2 was set at Camberwell Green in 25 minutes.

Using their knowledge of the best local restaurants and businesses, both teams traversed along Peckham Road and picked up the tempo with fartlek intervals, whilst Siv pointed out great dinner spots along the way!

FACT OF THE DAY R Whites Ginger Beer and lemonade was created in 1845 by Robert White in Albany Road, now the site of Burgess Park!

By 8pm both teams reached the 3km finish line with all posters handed out, a fantastic effort! To complete the evening we ran the remaining 4km through Burgess Park displaying our Flag along the old Grand Surrey Canal path, and finished up in Batch Bar for at toast to GoodGym turning 10! Not forgetting the Burgess Park Facts Quiz!

Next week we will be running 7km in total to our regular friends of GalleyWall Nature Reserve, helping clear up this lovely community garden! It will get dark so dig out your head torch! sign up here

See you next week. Chin Up!