Elmer and the patchwork of Goodgymers 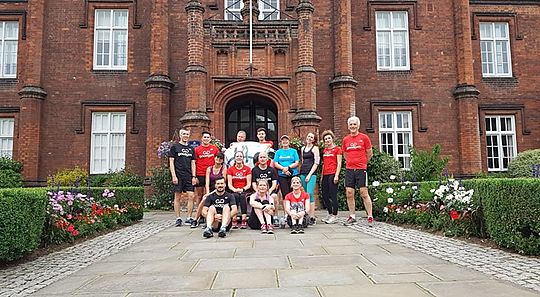 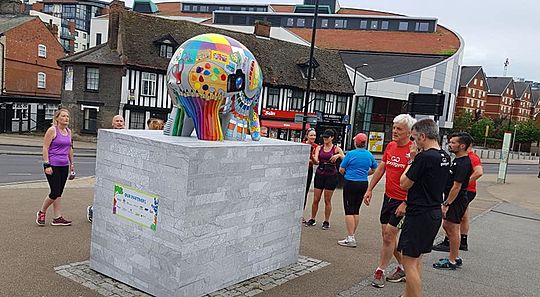 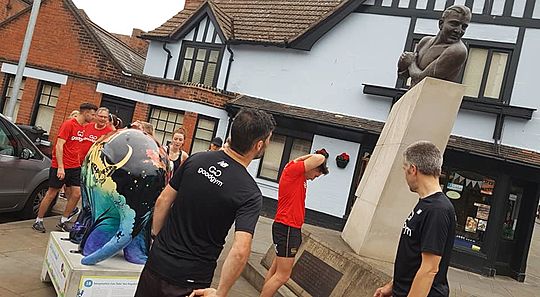 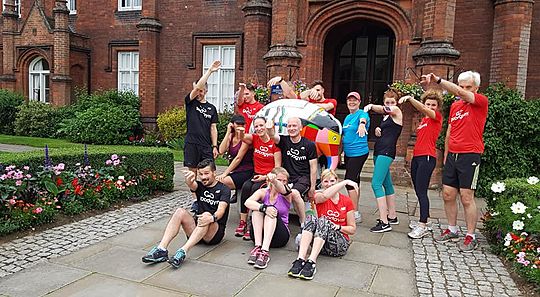 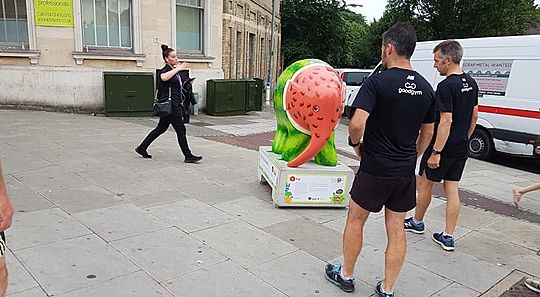 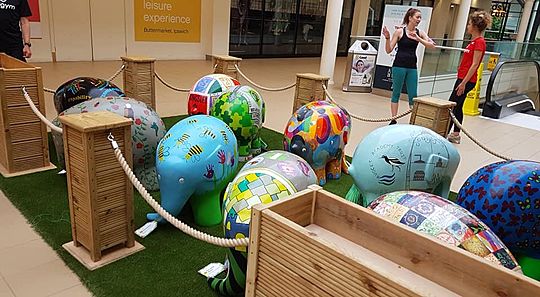 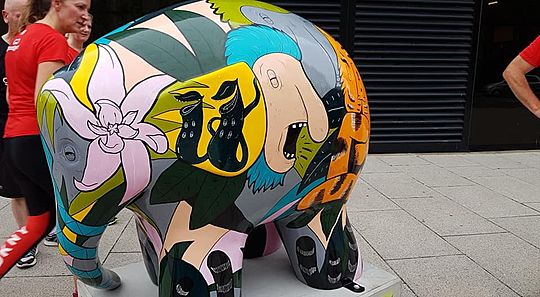 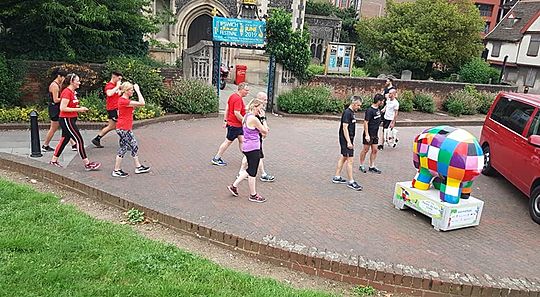 It's okay to be different and tonight Goodgym Ipswich had a different coach, who was in a different town and different runners but with same Goodgym vibe.

Tonight was humid and warm, much like the climate I would imagine an elephant may like! After a brief update of the news about The Great Get Together, the launch of Goodgym Poole (51st area) and of course the big partnership on this week's run with the East of England Co-op we set off for what was Adeline's 48th run.

The task was a brilliant one, Ipswich has around fifty-five artistically decorated elephants as part of Elmers Big Parade dotted around the town courtesy of St Elizabeth Hospice and we set off to check them for damage and clean litter from around them. I am pleased to say they were all in good condition and litter was at a minimum.

I won't pretend I know where we went other than a shopping centre, a lovely park with a beautiful hill and the fancy waterfront with Elmer really getting around. Each Elmer had a different, design, story and name with many people taking an interest, not just Goodgym runners!

*Kerry took us on a wonderful route and a big thank you to him for guiding me round the town. *

As I said it was warm and the runners worked up a sweat but we still managed an interval lap in the park (75% of maximum sprint with little recoveries) and nearly 8kms.

A big personal thank you from me and maybe see you Colchester one Wednesday soon.

Tav
Respect my body because many people are not lucky enough to have that privilage. Solution Focussed social worker. Not a real Essex man!