Deck The Halls With Bags Of Shopping 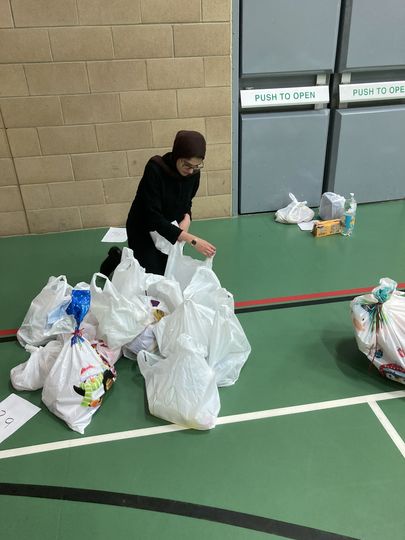 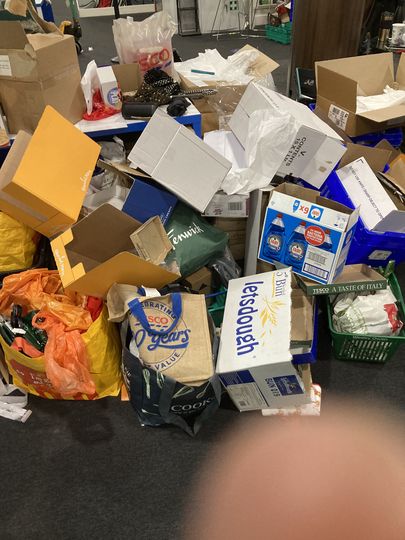 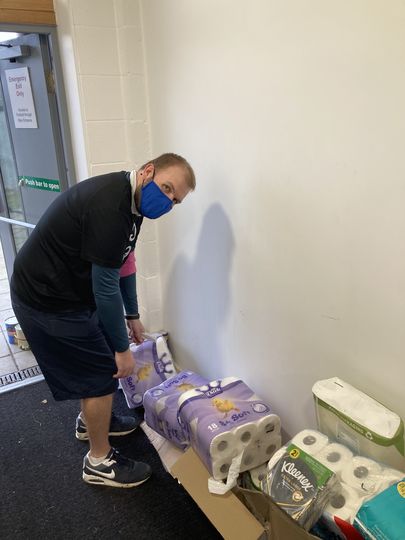 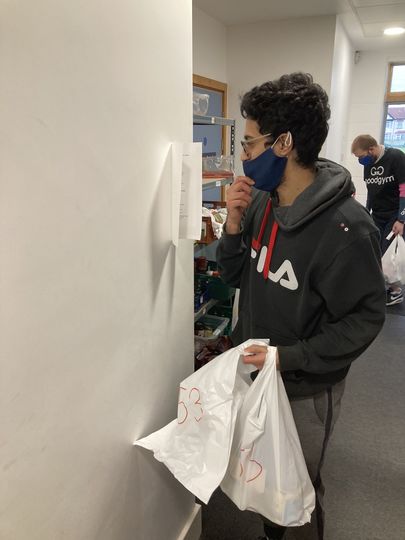 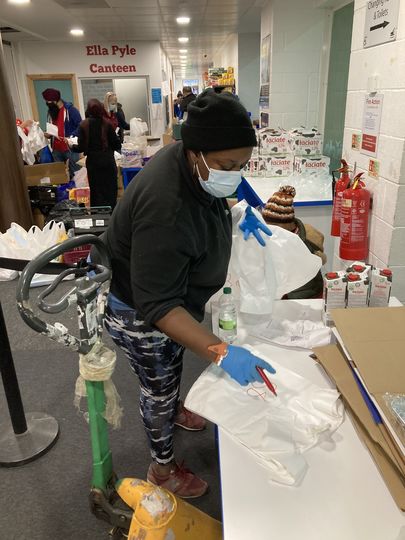 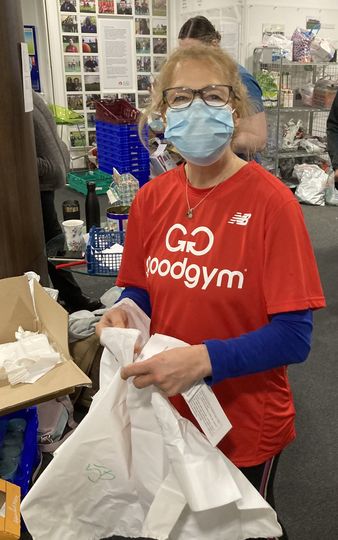 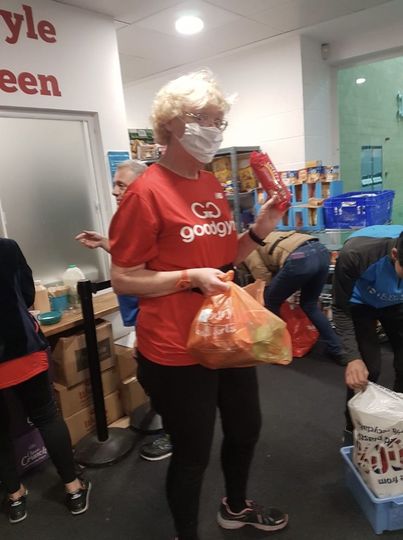 Val, James and Linda arrived by bike and after a quick lockup of the bikes James started setting up the hall while Val and Linda helped Irfan unload his car. GGRs newest member Toks introduced herself and was soon getting stuck in, sitting on the floor sorting potatoes and onions which was the job Linda and Val had now moved onto. A big welcome to Toks who then went onto to put together several food packages. Nargis and Jayesh were already hard at work preparing food packages, they are also relatively new to GGR and proving to be valuable members of the team. We then learned that there were 76 packages to be done and with some of our key members missing it was going to be a stretch. Nowhere near finished by the time the drivers turned up Task Owner Genevieve turned on the charm and recruited some of them to help prepare packages. Soon the area was packed with chaotic, amicable and enthusiastic helpers, singing along to the Christmas tunes and the job got finished in no time but not before Linda unceremoniously fell on her backside and James’ trainers got in the way of a broken jar of pasta sauce! Some of us stayed on to unpack donations and break up the cardboard boxes. Genevieve told us how great she thinks GoodGym are always turning up for the task and putting in such good effort.