Contain your enthusiasm - the sequel

9 runners ran 4.0km to help their local community in Bromley. 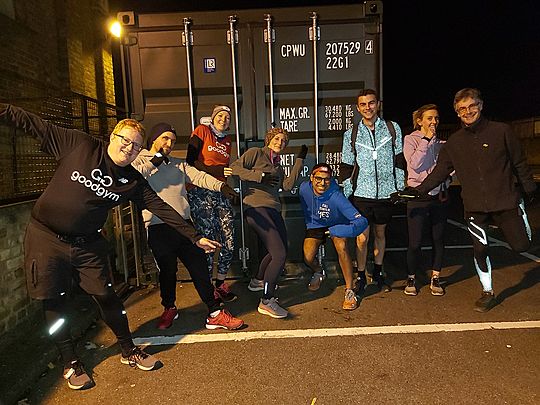 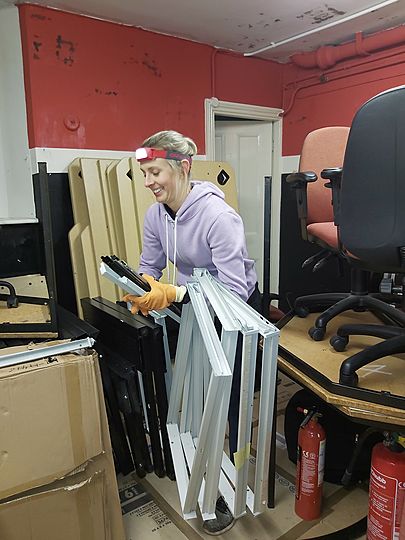 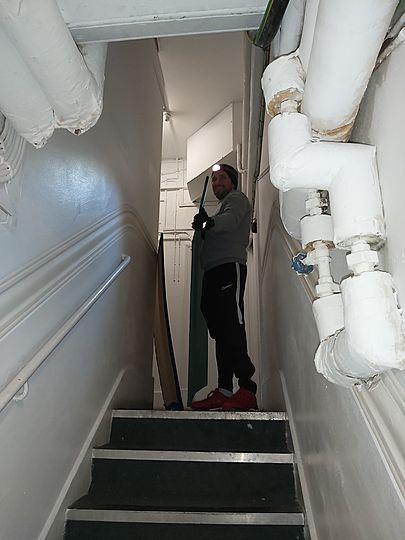 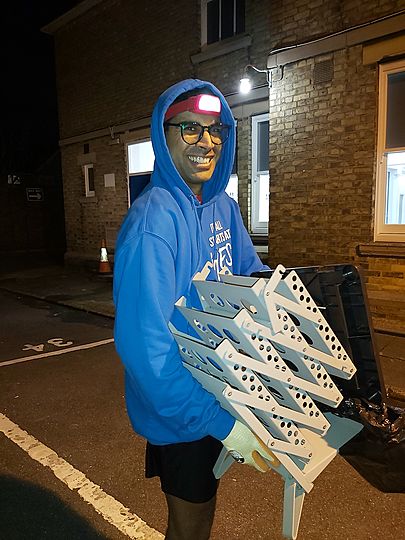 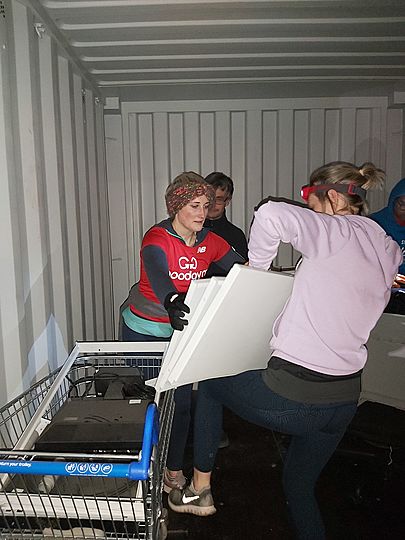 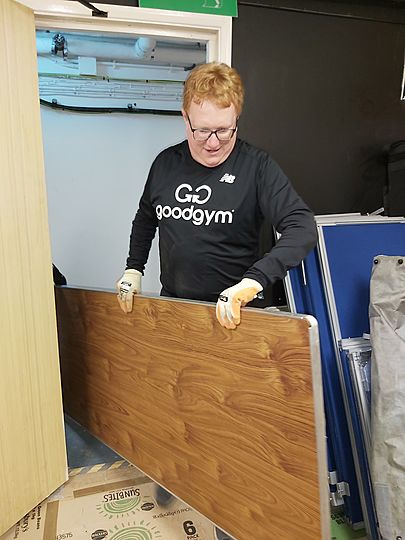 We headed to our usual spot in Crystal Palace park for a warm-up, most definitely needed on such a chilly night. The stress pig found on a previous visit to Anerley Town Hall made another appearance, being thrown around the group with the recipient choosing the warm-up exercise. After a round of jumping jacks, squats, high knees and heel kicks, we were ready to set off, head torches lighting the way through the dark park. Thanks to Fiona for back marking.

We soon arrived at Anerley Town Hall, where Robert had a short list of jobs for us to do. As well as finishing the clear-out of the container, there was a table to be moved from a room upstairs. We had done such a good job last week that the container was almost clear, but there was a selection of noticeboards, tables, desk fittings and brackets to be moved to a store room in the basement. Our speedy team formed a human chain of sorts, with the noticeboards soon neatly stacked against the wall, followed swiftly by the other items. We had soon finished and bid farewell to Robert.

There was plenty of time for a fitness session, so we took a slightly longer route back to Crystal Palace park before lining up to do some sprint intervals. There was some impressive speed on show, with the air filling with cloudy breath on the jogs back. After three sprints, we did a round of triceps dips and press ups, making good use of the benches. The final 'treat' was everyone's favourite Moby song, which we agreed was a pretty rubbish song as songs go, but which certainly has its place in the world of exercise.

Next week's task marks the start of the Christmas celebrations as we put up the decorations at Melvin Hall. Sign up here for some festive fun. For even more festive fun, don't forget our Christmas knees-up at the Bridge House on Thursday 5th December, sign up here.

Lovely report Louise! I can’t wait to see the changes at the old library.

Paint the entrance of the St Mary's Family Centre