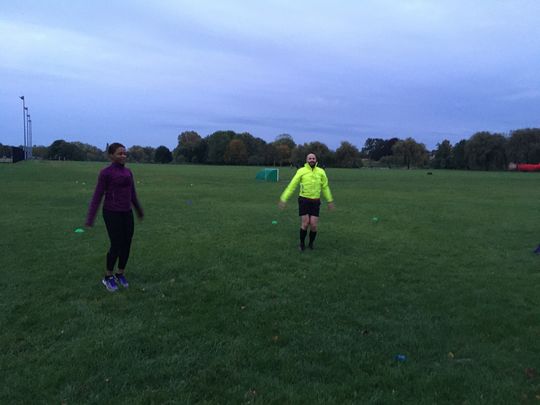 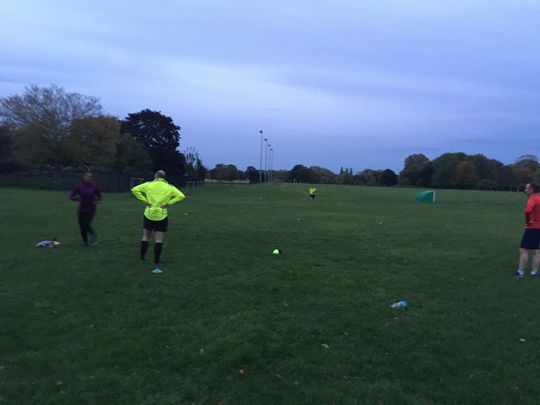 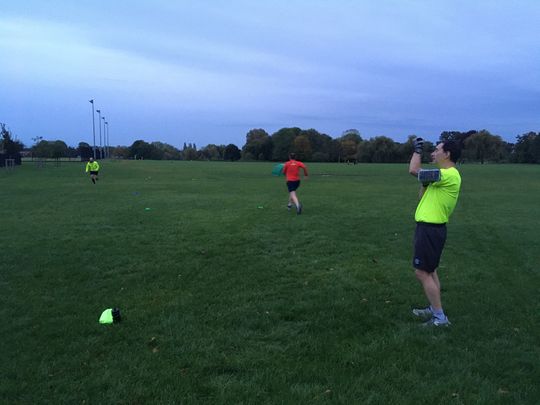 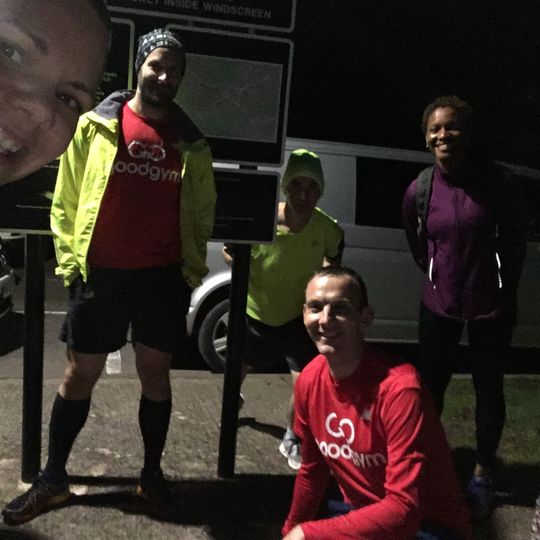 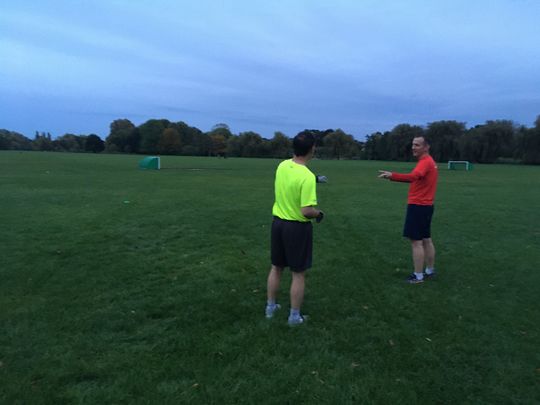 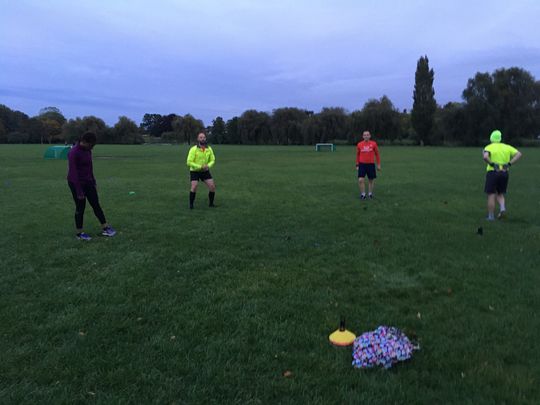 5 GoodGymers turned up for a fitness session at St Nicks park, unfortunately it was a little too early for santa claus to turn up.

Todays session was a game of many halves. Following a warm up Becky introduced a game of Suites; alternatively a game of pain. Using a deck of cards each suite had a different exercise - thanks to James for pointing out the real value of a Queen resulting in 13 jumping jacks.

It was then onto the next game of Rock, Paper, Scissors, where the loser in each pair had to run to the corresponding cone for that round Iain and Phil appeared to need to run a lot more than Alex and James. Seems we had some experts in the group.....

Finally onto the main set which involved learning to pace and negative splits by running for a minute, recovery back to the start and then try to beat your cone from the first round which turned into find the cone in the dark

Massive welcome to Alex on her first session, and a huge well done to everyone for running through the mini swap tonight.

Next Wednesday's session is a community mission in Leamington.

Don't forget to sign up for this Saturday's mission too.